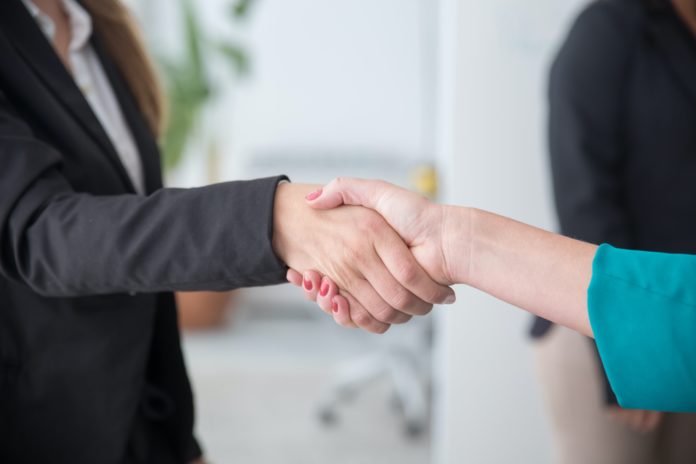 The Domestic Violence Leave Bill will be ineffective if not accompanied by practical policies for support in the workplace, according to trade unionists.

“Keeping women in employment and allowing them to be financially independent really affords a woman an opportunity to escape. That’s why these policies are so important to have in the workplace and we really need to strive to get them in all sectors, all employments, and even get them legislated for.

“We’re very, very welcoming of the Domestic Violence Leave Bill that’s coming on board here in the Republic of Ireland, but we’re also very vocal about the fact that unless that’s married with domestic violence policies, the take-up for leave like that is probably going to be minimal.”

Patricia King, General Secretary of the Irish Congress of Trade Unions and keynote speaker at the event, called the domestic violence workplace policy as negotiated between the FSU and Danske Bank last year a “model agreement”.

The policy outlines practical measures to help and support those who are suffering domestic violence and includes special paid leave, access to confidential counseling services, flexible working arrangements, and information and subject matter training for all staff. The policy also signposts a diverse range of support services.

King pointed to the 2019 ICTU survey of more than 1,300 union members with experience of sexual harassment and sexual assault in the workplace.

More than half of respondents had been subject to unwelcome jokes of a sexual nature. Two in five reported receiving unwelcome verbal sexual advances in the workplace. One in seven had experienced unwanted sexual touching or attempts to kiss them.

31% reported that their direct manager or another manager was the perpetrator.

However, 81% did not report the sexual harassment to their employer, and of the minority who did report, three quarters felt that it was not dealt with satisfactorily and half reported that they were treated worse as a result, including being passed over for promotion or other opportunities or being targeted for further bullying or harassment.

41% reported that they avoid certain work situations as a result of the harassment. 16% wanted to leave their job but had been unable due to financial or other factors.

The seminar also heard from Marieke Koning of the International Trade Union Confederation on the campaign for the ratification of ILO Convention 190, the first international treaty on violence and harassment in the world of work.

“This is a big, global campaign which has been run by unions for many years, first to ensure the adoption at the ILO Conference and finally with the campaign to ensure the widespread ratification of C190,” explained Koning.

So far 11 countries have ratified the treaty: Greece, Italy, Mauritius, Ecuador, Namibia, Fiji, Somalia, South Africa, Uruguay, Argentina, and the United Kingdom. 20 are expected to complete the ratification process in 2022. Trade unions are running national ratification campaigns in over 60 countries.

Koning highlighted the importance of governments not just being willing to ratify C190, but being serious about reforming legislation and policies to make the convention a reality:

“The ILO instruments provide various pathways to make C190 a reality. Then, we need to ensure that it’s effectively implemented, that national legislation is in line with the provisions.