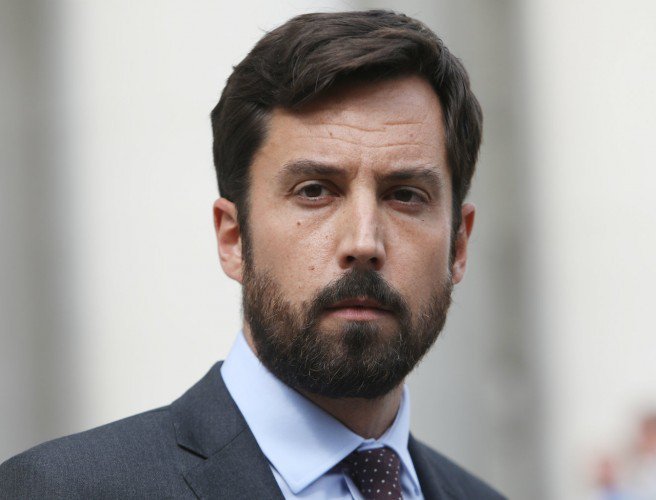 Housing For All – variously trumpeted as a New Housing Plan for Ireland, the government’s housing policy to 2030 and a “multi-annual, multi-billion euro plan which will improve Ireland’s housing system and deliver more homes of all types for people with different housing needs” –  is a time machine. To read it is to be whisked back to an era before there was general consensus on the need for public housing or an acknowledgement that tenants have basic rights in their homes. Read the “commitment to examine the creation of a deposit protection scheme by 2023” and forget legislation already exists to do just that.

The plan was simple. Landlords would lodge tenancy deposits with the Residential Tenancies Board (RTB) at the same time as they registered the tenancy. The RTB would hold the deposits for the duration of the tenancy, retaining the interest generated to fund the scheme’s operation. If there was agreement, the tenants would get their deposit back at the end of the tenancy. And if there wasn’t agreement, the parties could apply to the RTB for dispute resolution.

The spokesperson continued: “If a landlord fails to protect a deposit when they should have, a tenant can apply to the county court to award a penalty for non-protection. The court could order the landlord to pay you compensation of up to three times the amount of the deposit. A landlord who has failed to protect a deposit also cannot issue a Section 21 ‘no fault’ eviction notice.”

While the UK schemes could be improved – ACORN is campaigning for dispute mediation to be made mandatory – their actual existence has never been questioned.

In December 2015 the Minister of State for Housing, Paudie Coffey, told the Dáil the Irish scheme would be operational in late 2016 or early 2017, as soon as the necessary conditions such as IT and outsourcing contracts were organised.

A year after the legislation was passed, the new Minister for Housing, Simon Coveney, published the Strategy for the Rental Sector, which assured readers of the Government’s “commitment to the principle of ensuring deposit protection” and explained that there would be a review of the existing legislation to take account of changed circumstances so as to determine what improvements could be made.

The Strategy stated that disputes about deposits were no longer the most common dispute type referred to the RTB. Ministers have repeated this on a number of occasions. In its submission to the Strategy, the Irish Home Builders Association advised the Government that “a ‘sledgehammer to crack a nut’ approach should not be adopted in putting complex costly arrangements in place providing for a tenancy deposit protection scheme which is unnecessary.”

In 2020, the RTB received over 5,000 dispute resolution applications, with deposit retention being the largest dispute type taken by tenants. The RTB’s Annual Report for last year admits that it “remains a significant issue for tenancies.”

“The unlawful retention of deposits – which, up until legislative changes introduced in July this year, could often be equivalent to two month’s rent – can make the difference between someone being able to secure a new tenancy or becoming homeless,” says Marie O’Reilly, Policy Officer at Threshold.

“In Q2 2021 alone, Threshold supported over 500 private renters who were seeking the return of their deposit from their landlord. Allowing an independent third party to hold deposits would ensure that many of these disputes are resolved easily.”

O’Reilly points out that there is no data on the number of instances where tenants seeking the return of their deposit do not lodge a dispute with the RTB. As most tenants rely on a landlord reference to access a new tenancy, it would seem that many are incentivised against lodging a claim under the current system.

Both Coveney and Murphy referenced the changed circumstances arising from the ECB announcement concerning negative interest rates, starting in June 2014, meaning the collected deposits would no longer earn interest to pay for the scheme’s administration. The operation of the scheme is estimated to be €3.5 – €4 million annually.

Why the Department could not directly fund the scheme for a period is unclear. In 2019 alone the Department of Housing had a saving of €8.6 million on administration costs such as salaries, IT, and consultancy. The Department allocated €17 million to the Land Development Agency in 2020 although that organisation is meant to become self-financing.

O’Reilly advises against looking at costs in isolation. A deposit protection scheme could potentially save the State money, she explains.

“Threshold estimates that, in 2018, disputes over deposits cost the RTB approximately €420,000. This figure is for professional fees and court orders alone and does not include the associated administrative costs. A deposit protection scheme will free up the resources of the RTB and Threshold alike to deal with more complex cases.

“The Department of Social Protection reported paying over €32 million in deposits [under the Supplementary Welfare Allowance] between 2006 and 2012, none of which was recouped, and it is unknown if the landlord or tenant held onto this money. A deposit protection scheme would have avoided this and saved the State millions.

“At Threshold, we know from our work that facilitated communication between the landlord and tenant is the most effective solution to deposit disputes. A deposit protection scheme would facilitate this, removing all but the most complicated deposit disputes from the RTB dispute resolution services.”

Running out of time

By November 2020, the next Minister for Housing, Darragh O’Brien, said that “consideration will need to be given as to whether or not it is feasible to proceed to review and implement a deposit protection scheme at this time, or to defer to a later point in time, when the RTB’s Change Management Plan has been fully implemented and more robust data and information is available for consideration.”

Records released to LookLeft under the Freedom of Information Act confirm there was little interest by 2021 in progressing the deposit protection scheme. Early drafts of Housing for All said “We will review the scope and business case for the Deposit Protection Scheme, operated by the RTB, to handle deposits and to manage disputes.”

By the time the final version was published there was no longer any reference to the RTB. It merely commits to examining “the creation of a system of holding rental deposits, informed by international experience.”

In 2019 Rosalind Carroll, the RTB’s Director, said the organisation was not in favour of a deposit protection scheme. In a previous committee appearance, Carroll set out a concern about having to process all of the existing, as well as new, deposits when the scheme came online. This would presumably no longer be an issue as the pandemic proved the possibility of reallocating public servants – with trade union agreement – to other areas during emergencies.

Carroll has also mentioned concerns about the length of time the RTB could take in returning deposits. However, it might have been assumed that the RTB could have addressed this in the six years since the legislation passed.

Instead, renters in Ireland are left with empty pockets at the end of a tenancy and a feeling that we’ve all been here before.