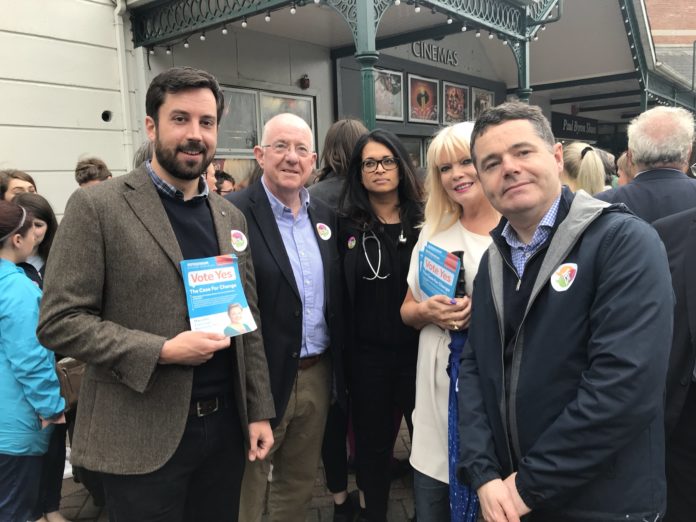 Twitter users will be aware that deputies from government parties (usually those not occupying a ministerial office) are forever telling us how disgraceful this thing or that thing is.

It is usually something relatively benign like bad footpaths or a lack of provision for certain services. It is almost as if they are letting us know that – as a government party deputy – they don’t have access to a vast array of means to change things. They can, therefore, get us on side by pretending they are both in opposition and in government. This same contagion seems to have spread all the way to cabinet level.

Not content with their own weak as piss efforts to cajole local authorities into collecting a vacant site tax at 7%, this government has announced a new Zoned Land Tax in Budget 2022.

The vacant site tax has failed spectacularly. Very few local authorities administered the vacant site tax well, if at all. By the time building activity took off again in 2014/5, most large sites were already reactivated.

The councils did not keep good registers and really had no metric to determine if a house was vacant or not. As recent research has pointed out, vacant land and houses take many forms. Local authorities did not have the resources to effectively administer the 7% charge on property owners. In fact, the owners of many sites and buildings cannot be determined quickly or easily.

The recently published Housing For All plan makes mention of a new vacant site tax but this government remains determined to make it difficult for anyone to implement their own policies. They have, last week, made the new ZLT less than half the rate of the vacant site tax, while their own plan for the new tax means that nothing will be levied until perhaps 2024 at the earliest. Meanwhile, people languish on housing lists for two more years.

The new ZLT is to impose a charge (this time administered by the Revenue) on any site of any size as long as it is zoned residential or mixed use and is serviced. It is meant to push landowners (owners of zoned land, that is) to build rather than hoarding a site. Being serviced means that power and waste water are already in place and ready for building works. Furthermore, capitalists right now are not interested in unzoned land. The real money is made on watching residentially zoned land increase in value. If you are hanging on to a plot of land with planning permission for housing for longer than five years when the permission lapses, you are clearly not interested in making any money. You are either dead or stupid.

The plan is to have a two-year lead-in time for land zoned before January 2022, and a three-year lead-in time for land zoned after January 2022. This means that if I manage to get land zoned in March 2022 it can be April 2025 before the Revenue comes knocking on my door. Housing for All wants an average of 30,000 housing units built annually before 2030. In the meantime, and under current conditions, I am making way more money seeing the land rise in value and I don’t have to worry about any tax at all, 3% or 33%. The land value will be based on the market price of the land. But is that the market value when it was zoned or bought or another market value?  The Minister wants this lead in time to talk with “stakeholders”, i.e. the developers and tax consultants, and to gather up “the maps” so that the right information can be used to levy the tax. Keep an eye on the Finance Bill.

In my head at least, there’s an image of Paschal Donohoe coordinating civil servants to check all of the dusty rolled up maps lingering somewhere in Merrion Street: “Check that one Deirdre, there’s a field in Stradbally that has an X on it”. If only the minister could check in with the Office for the Planning Regulator whose role it is to coordinate the development plans for each local authority. Compiling a development plan is complex but maps of land tracts are absolutely central to that. Not only this, but from early next year, we will get a new government agency which combines the state’s map makers, the OSi, with the Property Registration Authority and the Valuation Office. Tailte Eireann will be an immensely powerful body with access to all of the key data on land and ownership in the Republic. Donohoe wants to check the maps.

In truth this government will do everything in its power to undermine any social gain for building housing. As Mick Byrne has pointed out, Housing for All sees a reversion to property ownership as the central model for housing provision. To hell with renters now. They’re giving developers and landowners a two year window to turn a sod and put up a hoarding before a tiny tax might be levied on their site. Keep building shoe boxes for non-occupation lads, I hear Paschal Donohoe is checking the maps. If I was the Land Development Agency, I would be asking the minister what exactly this Zoned Land Tax does for any plans they might have. On the one hand, they’ll be working with developers and owners to turn land into housing. On the other hand, the landowners will be in no rush at all in a rising market. As it stands now, there is nothing to stop housing costs from becoming further detached from everyday reality.

We all need safe and secure housing at affordable prices. The Workers’ Party has a cost and efficient cost rental plan which we tried to introduce in Dublin. Parties voted it down because it was deemed “unrealistic”. But there’s nothing more unrealistic than people making money from pissing down our necks and telling us it is raining, you know?