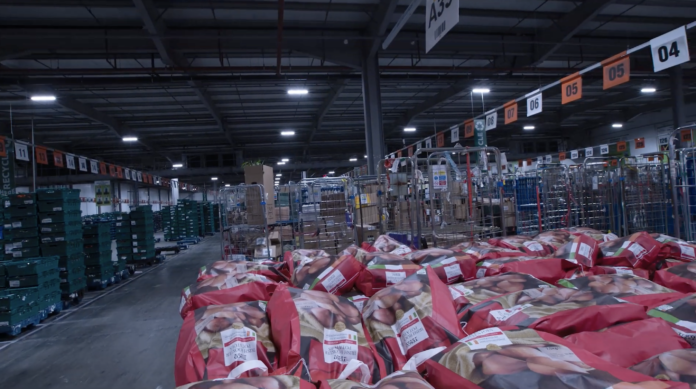 Discussions between Tesco and the trade unions Mandate and SIPTU have reportedly broken down in recent weeks.

The two unions represent the vast majority of Tesco workers and were engaged in discussions with the retail giant in the hope of securing a pay increase.

Tesco, on the other hand, is seeking a wide range of contractual changes to pay structures and pension schemes. The company wants to “consolidate” existing levels of pay by increasing the basic rate and scrapping premiums for Sundays, bank holidays and unsociable hours. While some part-time workers may benefit, the proposed changes amount to a payroll restructuring, rather than a pay increase.

Tesco workers who spoke to LookLeft said they feel this is much less than they deserve. Like many other essential workers, the company’s employees had to work throughout the worst of the pandemic, at great risk to themselves and their families. Tesco removed the “Covid-19 bonus” before many of their competitors and workers can no longer avail of a special sick pay arrangement for Covid-related absences.

Commenting on rumours regarding the talks, one worker said to LookLeft: “Mandate and SIPTU are reportedly willing to concede all premiums for a relatively small pay increase and some additional compensation. If true, this is quite disappointing.”

The worker continued: “That talks have reportedly collapsed despite these considerable concessions shows the level of sheer greed on the part of Tesco. We deserve a substantial pay increase that reflects the rising cost of living and the profits Tesco made during the pandemic.”