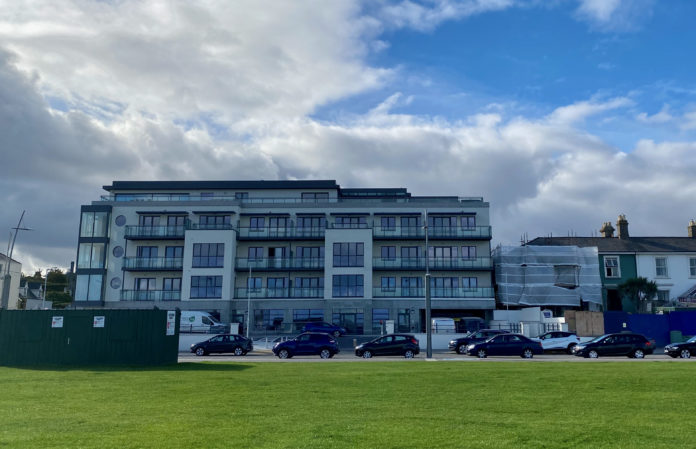 The social housing element of a luxury apartment scheme on Bray seafront is set to be provided through the renovation of a former guest house next door.

According to reports, prices for the 39 apartments in the Strand View development range from €320,000 for a one-bedroom with a south facing balcony at the back of the building to €500,000 for a two-bedroom on the second floor with sea views. The 82 square metre two-bedroom penthouse was reportedly priced at €675,000.

As originally reported in the Bray People, Ms Triona Irving, a local authority housing administrator, recently told members of Bray Municipal District that the Part V requirement of the Strand View scheme was to be provided through the provision of four new houses off the Boghall Road. The Boghall Road is approximately 3km from the Strand View development.

However, the plan to provide the Strand View social housing element on the Boghall Road has since fallen through. Instead, Ms Irving told councillors, the local authority and the developer – McEleney Homes – are in negotiations to source an alternative.

Steven McEleney of McEleney Homes told the Bray People that the former Ulysses guest house beside the Strand View will satisfy the Part V obligation and that the property is currently undergoing a valuation process with Wicklow County Council.

The social housing element will be an entirely separate development to the luxury apartments. There is no obligation on the developer to ensure the units are built to similar specifications as the private apartments or that there is joint access to communal areas.