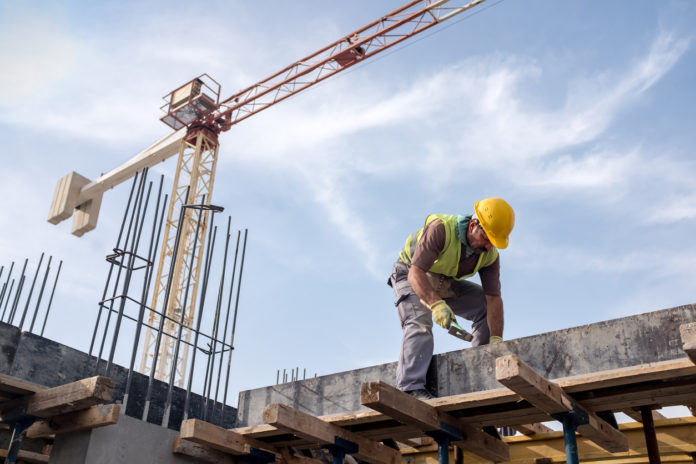 What is Housing for All?

The plan is quite vague about how construction will actually take place, especially as the Government is relying on the private sector to deliver the housing, while simultaneously delaying any of the proposed mechanisms that could actually encourage private sector activity, such as Land Value Sharing or a Vacant Site Tax.

One thing that is clear is the Housing for All hierarchy of tenure types. In this respect there is no subtlety. “Affordability and the chance to own a home is at the heart of the Government’s housing policy,” they say.

Proper grownups buy housing. They desire it. They strive for it. And when they buy a home they have Made It (presuming the house isn’t taken off them because they were convinced to take out a massive mortgage they couldn’t repay or doesn’t fall in around them because of dodgy building regulations). Then there’s the private rental sector for the young, that is those who have failed to Make It. And, finally, social housing will be restricted to the “most vulnerable”.

Why are we hearing about this now?

In August there were 59 rental properties available on Daft.ie for Cork while 141 were available for short-term holiday lets. Average rents were €1,500 nationally and €2,000 in Dublin. While the last eight years have seen wages increase by 9%, house prices have gone up by 68%. There are almost 62,000 households on the social housing waiting list (which excludes those on HAP). Over 8,000 people in the State are officially homeless.

The lack of secure accommodation is affecting everything: children’s access to education; family formation; wage demands; transport; climate change. We need a plan and we need it now.­

However, it’s more likely that we’re getting Housing for All now because Fianna Fáil have been in Government for 15 months and are desperate for something, anything, that will differentiate them from Fine Gael; something, anything to hark back to the housebuilding of the 1930s instead of the tent at the Galway races.

How do I find out more?

Housing for All is a 160 page document with 213 actions to achieve 30 policy objectives across four “pathways”. If you’re trying to get a handle on the document, start with this tweet from Conor McCabe, which sets out the dynamics at play.

Kitty Holland’s report in the Irish Times summarises the plan’s main points, including targets (lower numbers of social housing units than 2016’s Rebuilding Ireland), the objective of eradicating homelessness (without halting evictions), and extending rent-pressure zones (while not setting out a strategy to reduce current rents).

The next step is Social Justice Ireland’s review of Housing for All. The 3,000 word review divides each of the four pathways into “we welcome” (often with caveats) and “we regret”. For example, SJI welcomes the Local Authority Affordable Purchase Scheme, which subsidises the cost of local authority homes for purchase and allows the LA to retain a maximum equity stake of 30%. However, SJI – politely and reasonably – regrets the First Home Scheme, which offers a similar mechanism for the private sector: “By artificially inflating the amount available to the purchaser to buy the property, the state is maintaining high house prices, rather than tackling the real issue of supply-side inflation.” The ESRI and Central Bank previously expressed concerns on that same issue.

Then, make your way over to the Conor McCabe interview on A View from the Ditch. Over the course of 50 minutes McCabe and William D’Alton tease out the differences between what most of us think “affordable” means (related to our incomes) and what the word means in Housing for All (related to market prices). They also talk about the alternative: public housing.

The housing charity Threshold has taken a look at the plan from the point of view of the private rental sector. There has been no progress on the long-promised Deposit Protection Scheme. The creation of tenancies of indefinite duration has once more been put on the long finger, with no reference to ending no-fault evictions. The current system of inspection of rental properties needs to be overhauled, ensuring that properties are both inspected and brought up to standard. LookLeft has previously reported on the issues of tenants accessing energy efficiency schemes. Michael Taft delves into what he terms the “supply reduces prices” sandbox over on Notes on the Front.

If a vacant homes tax sounds good to you, take a look a Jude Sherry’s thread over on Twitter. When the “there’s no good data” reason disappears, all that’s left is “we just don’t want to bring it in.”

Orla Hegarty, Assistant Professor of Architecture at UCD, discussed the plan on Drivetime. Between 6:47 and 13:59 she speaks about construction cost myths, deregulation, vacancy, and affordability. If you can handle absolute cringe, let the recording play on and listen to the director of the Irish Home Builders Association. If you’re of a more queasy disposition, jump straight to 17:45 to hear Hegarty explain the problems of speculative development.

Over in the Irish Independent, John Ihle gives an overview of the plans to have the Land Development Agency bail out even more developers.

Finally, the Tortoise Shack podcast group has run a number of panels on different aspects of Housing for All. In Panel 1 on Rory Hearne’s Reboot Republic the panellists try to figure out how the promises will actually work out. Orla Hegarty questions the plan’s financing and underlying figures. Laoise Neylon (Dublin Inquirer) asks how local authorities will deliver social housing when it takes them years to access the necessary financing. Cian O’Callaghan ends the programme saying “what we’re likely to see with the Part V, the extra 10% on affordable, is a lot of those are going to be ‘cost rental’ and the developer is going to peg that at 25% below the highest rents that they charge in those developments.” That doesn’t sound very affordable.

What can I do?

Reading Housing for All might feel overwhelming but it’s not the only show in town. The National Homeless and Housing Coalition has called a rally on Wednesday September 15th to warn the Government of “an autumn and winter of housing discontent.” Join your local CATU branch to support and be supported by others in the private rental sector. And if you want to help build alternatives, start by checking out LookLeft’s public housing survey.