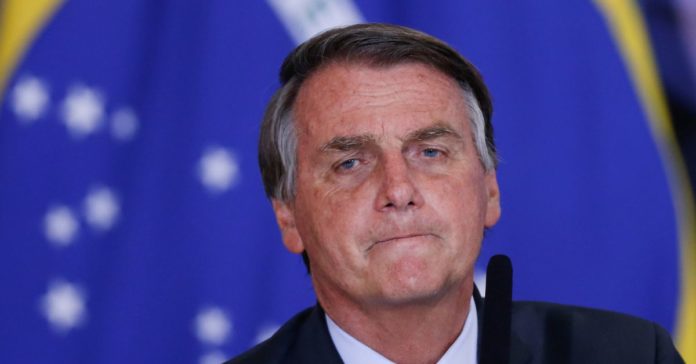 The past few months have seen a growing presence of the Brazilian community on the streets of Dublin, Cork and elsewhere across the country.

These international days of action took place in the context of an unfolding human tragedy in Brazil, a country where over 550,000 people have tragically died from Covid-19.

Jair Bolsonaro, the President of Brazil, was, up until very recently dismissive of Covid, and the need for vaccination referring to it as ‘a little flu’ and recommending that the Brazilian people to ‘stop whinging’ about it.

Some of his business constituencies in Brazil became uncomfortable with his stance and the possible return of popular political rival Lula as a candidate in the 2022 elections has inspired Bolsonaro to change his position slightly.

There is little doubt that this volte face was a matter of political expediency as opposed to one of principle. His response to the pandemic is one of many issues which, for many, has made Bolsonaro a reprehensible figure.

It is also clear, in an international context, that Bolsonaro is not unique but rather typical of the resurgence of the far-right in many countries across the world.

While there is no doubt that – even with the most efficient actions – many lives would have been lost to Covid, in  Brazil it is equally clear that very many deaths could have been avoided had the political leadership taken a science-based approach when tackling the pandemic.

Simultaneous with and in close proximity to the #J24 Fora Bolsonaro event in Cork there was a so-called ‘Freedom rally’ taking place. The fact that we were standing in solidarity with people whose country had been ravaged by Covid due to the very same policies advocated by those at this anti-lockdown event was fairly jarring. The march was very well attended. While it would have been easy to have been deflated or discouraged at the spectacle of people – many who should know better – spreading the message of junk-science and junk-liberty it also refocuses the mind; not just on the enormity of the task at hand but also on its vital importance.

Below are a series of excerpts from a number of interviews with those participating in the recent Fora Bolsonaro (Bolsonaro Out) events across the country earlier this summer.

In Ireland, the Fora Bolsonaro protests have been organised by the Brazilian Left Front. Juliana, who is a BLF organiser in Dublin, outlines the mission statement of BLF:

“BLF has been organising in Dublin since 2016. It was created to oppose the coup against former president Dilma Rousseff and the rise of the far right in Brazil. Since 2018 we have been calling for protests against Bolsonaro and this year it increased as a response to the struggle on the streets and in the congress in Brazil.

BLF is calling protests in Ireland as a way to show solidarity with those in Brazil fighting for the impeachment of Bolsonaro, vaccination, aid support to those impacted by the pandemic and the rise of hunger in the country – 19 million people struggle every day to find food. Ultimately is a struggle against the rise of fascism and it’s liberal economic politics.

BLF organises locally, in Dublin, but is part of the international resistance against Bolsonaro. On the 3rd of June,  we were one of the 36 cities around the world protesting against Bolsonaro  (according to information released by the Povo Na Rua coalition).

We believe that being in Ireland can add to the struggle in Brazil by bringing awareness about Bolsonaro’s government and gathering international support. We produce informative materials in English, which we post on our social media, as well as we participate in events held by organisations in Ireland to talk about the concrete effects of a far right/fascist  government. The rise of the far right in Ireland has similarities in terms of discourse with those in Brazil – they are antivax (anti science), racist, violent, anti choice, sexist, homophobic, patriotic (in a limited sense and in the absence of a class analyses) but also specificities that must be discussed – to be combated.

BLF has been finding support from left political parties, NGOs  and grassroots groups in Ireland and on the 13th of July delivered to the ambassador of Brazil in Ireland a letter demanding the impeachment of the government.

BLF is open to all Brazilians who believe in a radical transformation of society, when human needs overcome capital avarice and destructiveness.”

“In a short period of time, Bolsonaro went from being unknown in the national political debate to being an emblem for sectors of the population dissatisfied with the “system”, and now to being a far-right populist president widely cited in Brazilian and international discussions of politics.

Jair Bolsonaro announced his candidacy for president in March 2016 as a member of the Social Christian Party, which he cut relations right after wining the election. Through an intricate mechanics of digital groups in WhatsApp and social media, Bolsonaro’s campaign simultaneously spread particular binary political tokens and grouped them under certain rubrics that circulated as brands of Brazil as a place that represents conservative values and aspirations. His campaign spiralled as trending due to the social media tactics.

In April 2016, the Brazil’s lower house of Congress voted to push forward the impeachment process against former President Dilma. At the hearing, Jair Bolsonaro, at the time a conservative Congressman from Rio de Janeiro state, once granted his microphone space to cast his open vote (Yes or No), shouted that he would be voting in favour of “freedom” and then followed that thought up by praising Carlos Brilhante Ustra, a notorious military leader from the dictatorship period who tortured President Rousseff. Outraged by the situation, representative Jean Wyllys, a leftist from the state of Rio de Janeiro and at the time, the only openly gay member of Congress, cast his vote against the Impeachment process and going back to his sit, spat at Bolsonaro’s direction. Wyllys being a leftist from PSOL at the time, and also gay, was ammunition for Bolsonaro to launch himself as a protector of “family, honour and good behaviour”. After all the scandals w the previous government, Bolsonaro sold an image of a “defender of the Constitution, democracy and liberty.”

Even before the Covid 19 pandemic, Bolsonaro’ populist politics had a clear agenda: destroy Rights. Many bills were approved by their administration, such as automatically treat police or military killings as acts of self-defense if carried out against anyone who openly carries a gun or engages in other criminal acts. Another backtracking is regarding  Bolsonaro’s administration environmental policies, cutting budgets and programs of environmental agencies with protection mandates and minimising the consequences for those caught logging illegally. This allows criminal networks to log unlawfully and without consequences, contributing to the Amazon deforestation. Also due to the Cattle sector in Brazil incentivised by the international beef and leather trades, subsidised by tax revenue. Many members of Congress are allied to Bolsonaro and also owners of Cattle business agro farms.

Jair Bolsonaro, a pro-torture and openly intolerant, misogynistic and homophobic, also has had a disastrous response in the pandemic crisis. The government administration hasn’t implemented a coordinated national response to stop the virus spread. Since the beginning, with his skepticism towards vaccines, lockdowns and mask-wearing requirements, which he contests and sought to be loosen, Bolsonaro contributed actively to the more the 549 thousand deaths by Covid 19 in Brazil. To make the matter worse, Bolsonaro refused to buy vaccines from Pfizer, AstraZeneca and other outlets in order to prioritise a corrupted vaccine deal w the Bharat Biontech, over-inflating Covaxin’ costs.”

“I think it’s important because here in Ireland there are people who are concerned about their families in Brazil. It’s also hard to glimpse a return to their (our) homeland. The protests reflect the voice of people who show solidarity with their family and friends in Brazil.

“It is very important for us to show the world that we are keeping an attentive eye to everything that is happening in Brazil. Also, Bolsonaro Out is a worldwide event.”

“It is important to show support for our country even though we’re not there at the moment. Our family and friends are directly affected by the actions of the current president.”

“I think that all Brazilians, whether living in Brazil or not, have the rights and duty to protest the misgovernment.”

“The protests taking place outside of Brazil (not only here in Ireland) are important because they show the people back home that their fights and struggles are being seen and reverberated even further – especially within the international community. It’s important because even though we aren’t there, we still want to make our dissatisfaction in the current government heard.”

“My reasons for protesting here in Ireland Bolsonaro and his politics are twofold.

On one side is my humble way to show solidarity to people living this hellish situation where up to date 555K lost their lives to COVID-19, Brazil’s indigenous peoples suffer constant attacks, women, black and LGBTQ+ Brazilians endure violence spurred by the un-president himself, 125K suffer with food insecurity and the threat of a military coup is real. And this show of solidarity does work. Activists there repeatedly affirm this. Not only it is wonderful for morale but also brings international attention and therefore pressure on Bolsonero’s crumbling un-government.

On the other side I protest in hope also that what is happening in Brazil serves as a warning of the dangers of normalising hateful and divisive speech, blatant misinformation, anti-science, anti-intellectualism, anti-culture – these types who sell an image of being anti-government, anti-establishment, “destroy it then rebuild” mentality, this  should really ring alarm bells. Bozonaro was in congress for nearly three decades prior to running for president – he was the government! Far-right patriots here in Ireland are grifting their followers, constantly asking for donations, etc. and while having links with far-right groups abroad – this should not be tolerated.

Step-by-step. That’s how we get to Bolsonaro.”

All images used within article are courtesy of contributors Patricia and Gabriela.