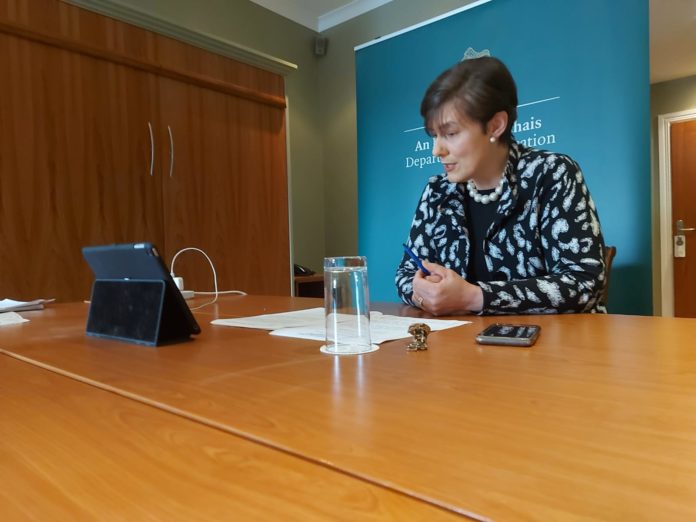 The trade union Fórsa has reacted angrily to a Department of Education offer to pay school secretaries an additional €0.50 an hour.

A two-tier system exists for school secretaries and caretakers, with a small group who began their employment within a particular time frame categorised as public servants while a larger group is paid through an ancillary grant to schools. The latter are not only paid less than their public sector colleagues for the same work, the grant-aided secretaries and caretakers experience precarious employment. They have no sick leave or pension entitlements and often have to sign on throughout the summer months.

The Workplace Relations Commission has hosted talks between the Department of Education and the workers’ representatives, Fórsa.

Last year, the Tánaiste Leo Varadkar raised expectations in October when he said: “The  Government really values the essential work done by school secretaries and caretakers. Often, the school secretary is the first person one meets on the way into a school and the caretaker is the last person to leave in the evening. Schools would not operate without them and the role they play in our education system is as important as that of schoolteachers, SNAs and school principals. For that reason, it is the Government’s objective to regularise their employment, terms and conditions, and pension rights.”

An agreement to progress the policy was signed off later that month.

Instead, the Department last Friday offered to establish a five point pay scale for school secretaries with new hourly rates, going from €13 per hour (€25,012 full time) to €15 per hour (€28,860 full time). The top point of the scale is approximately €12,000 below the maximum for secretaries carrying out the same work in ETB schools.

The offer did not include any proposal addressing conditions of service or pensions. As such, it leaves school secretaries “in exactly the same position regarding sick leave, annual leave and other key conditions of service,” said Andy Pike, head of education at Fórsa.

The Department did not make an offer to caretakers on the basis that they needed to gather and assess further information for that group of workers.

Fórsa rejected the offer as it demonstrated “the lack of regard held for Secretaries by the Department who wished to continue the two tier pay structure for Secretaries in ETBs and Independent Schools.

“The most shocking aspect of the behaviour of the Department of Education is in the fact that they have completely ignored the policy decision announced by Leo Varadkar in October last year when he clearly stated that the Government would regularise the pay, conditions and pensions of Secretaries and Caretakers so as to provide equality between Grant paid staff and Clerical Officers in the ETB Schools.

“Either the Government misinformed Secretaries and Caretakers as to their intentions or the Department of Education has failed to adhere to Government policy. Either way, School Secretaries or Caretakers have been badly let down by Government.”

The union has stated that it has not ruled out the potential for industrial action to resume in September “if necessary.”