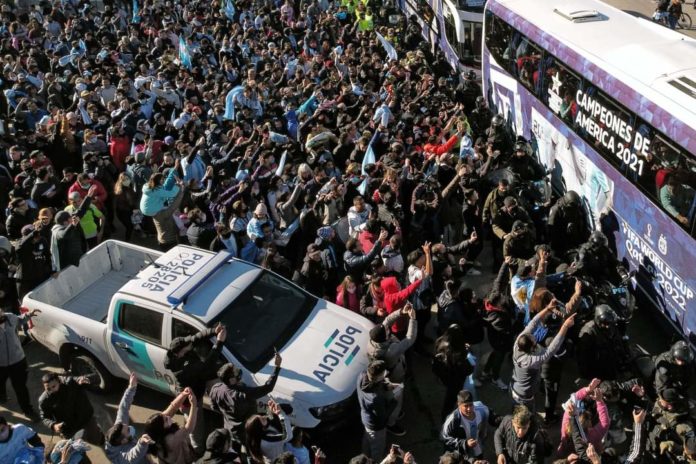 On 23 June a total of 184 countries in the United Nations General Assembly voted in favour of a resolution demanding the end of the US economic blockade on Cuba. Only the United States and Israel voted against, with three countries – Colombia, Ukraine, and Brazil – abstaining.

The resolution has been approved since 1992 when the UN General Assembly began to vote annually on the issue, with the sole exception of 2020, due to the restrictions imposed by the Covid-19 pandemic.

According to the UN, “while the Assembly’s vote carries political weight in terms of international diplomacy, only the US Congress can lift the economic, commercial, and financial embargo in place for five decades.”

The embargo had an estimated $9.1 million impact on the island in 2020 alone.

However, the vote was out of the news this week as foreign supporters shared powerful images of demonstrations on the streets of Cuba.

Peruvian politician Carlos Bruce tweeted out his support for the demonstrators with a photo of a huge crowd marching alongside the sea.

Update: This image was deleted after it was clarified to be from Egypt a decade ago.

Then, there was this video of a massive crowd out on the streets.

Update: Twitter users have pointed out that the video is of Buenos Aires after the Copa America (h/t @saoirsegowan).

And, of course, there was the iconic image of protesters gathered on the monument to Maximo Gomez.

Update: The Guardian has amended its article, stating that originally it had “incorrectly described them as anti-government protesters. They were actually supporters of the government.” (h/t @BenjaminNorton)

Sadly, photos have also been circulated of protesters who were tortured by the police.

Update: This is an image of Unai Romano, a 2001 victim of the Spanish police (h/t @nereafercor). Another image circulating alongside the above appears to be of a young person injured in clashes between police and gangs in Venezuela last week.