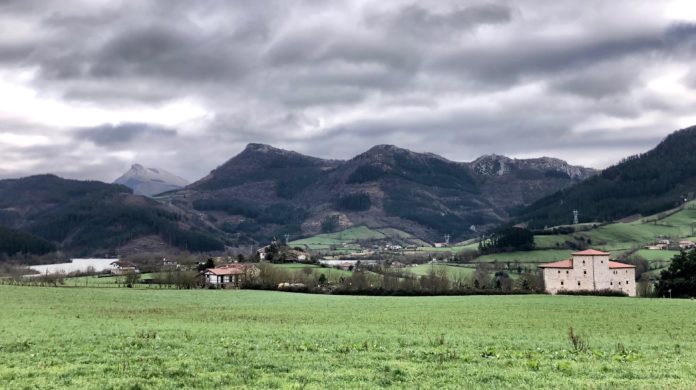 The growth of left-wing national-popular political movements over the past decade has been accompanied – in certain places at least – by a much less publicised revival of municipal socialism.

Both phenomena stem from the 2008 global financial crisis; the subsequent period of intensified austerity, the repression of dissent, and the prior decades of neoliberal cutbacks to local government spending. Yet while movement parties of the Left have generally struggled either to win or to hold onto state power, let alone to implement lasting and radical systemic change, socialist-type experiments at the municipal level can at least lay claim to greater tangible success.

Matthew Brown and Rhian E Jones’s new book, Paint Your Town Red, outlines a local developmental alternative to neoliberal privatisation and outsourcing, as exemplified by the Preston Model in the deindustrialised North of England. This strategy offers the potential to embed a deep-rooted power base within and across local communities ravaged by decades of political-economic neglect and disdain. Of course, the precise design of any such undertaking must be adapted to local circumstances. Hence the authors provide both general guidance to activists, while also drawing on numerous place-specific examples for illustrative and inspirational purposes. In this way, the cases examined display various degrees of political autonomy and independence from national movements and developments.

The book’s great strength and contribution is that it animates the idea of Community Wealth Building (CWB) from a practitioner perspective (co-author Matthew Brown is Labour leader of Preston City Council and chief originator of the Preston Model). Whereas the theory and philosophy of CWB has been considered in greater depth elsewhere – take Joe Guinan and Martin O’Neill’s popular primer, The Case for Community Wealth Building (Polity Press, 2020). This topic is also witnessing a new lease of life in the context of the coronavirus pandemic; the consequent proliferation of mutual aid networks; and widespread recognition of the need to strengthen public provision in tandem. The deepening crisis of neoliberal capitalism – indeed, of capitalism outright – has further exposed and exacerbated preexisting regional inequalities and the over-centralisation of corporate and governmental power.

The basic CWB approach encourages political and social movements to gain influence within local government, whether directly or indirectly, and to use that influence to leverage public institutions towards investing in the local community and developing democratic self-help forms of organisation – worker cooperatives, credit unions, community land trusts etc.

Rather than outsourcing local supply chains to exploitative corporate and multinational companies that extract wealth from local communities, a CWB strategy encourages so-called “anchor institutions”, or large place-based (usually public) employers in the area – say the hospital or university – to insource via “progressive procurement” from local small and medium businesses. Social, ethical, and environmental contracting criteria are included alongside economic considerations; for example, the preferential contracting of real living wage or green employers. Progressive pension fund investment is another related aspect often promoted by the trade union and environmental movements.

Crucially, where the capacity doesn’t already exist to provide goods and services locally, the development of worker coops is encouraged to help plug the gap. This in turn raises the importance of supportive community finance, i.e. developing and networking local and regional public banks, credit unions and coops (Preston is currently spearheading the development of a North West Community Bank); but equally, if not more importantly, cooperative education for workers and the community in general (notably via the Preston Cooperative Education Centre).

The book is divided into three parts covering: 1) the history of CWB as an idea and practice; 2) the history of the Preston Model as a promising CWB initiative; and 3) an account of other CWB-type experiments across England, Scotland and Wales (co-author Rhian Jones is a respected journalist originating from the latter). Complementing these stories are a number of useful and informative how-to guides for the benefit of labour and community activists. A central theme running throughout concerns the strategic interdependence between local public institutions and democratic self-help organisations – notably, the cooperative and labour movements.

Part 1 traverses the historical landscape of so-called “democratic localism” (the philosophy of practice underpinning CWB). The reader is taken on a quick-stop tour of the Lucas Plan in Birmingham, England; the Miners’ Next Step in Wales; Belfast’s Harland & Wolff shipyard in the North of Ireland; the Zapatista movement in Chiapas, Mexico; and democratic confederalism in Rojava (Western Kurdistan) in Northern Syria. Narrowing the focus somewhat, we are then introduced to the Mondragon Cooperative Corporation (MCC) in the autonomous Basque region of Spain; and the Cleveland (Ohio) Model in the US (both key precursors of and partners to the Preston Model). Quite the whirlwind, to be sure – but nonetheless effective in preemptively broadening the imaginative horizons of possibility.

The story of the Preston Model is set out in Part 2, whereby a small and deprived Northern English city began turning its fortunes around through CWB. The influence of a radical Labour leadership on the city council propelled the idea forward as an alternative to previous failed neoliberal development strategies. Collaboration between the city council and local anchor institutions on progressive procurement policies led to significant improvements in economic performance and general living standards. So much so that in 2018 Preston was voted the UK’s most improved city within which to live and work.

The Preston Model takes its foundational inspiration from the CWB flagship in Cleveland, Ohio; but the former is “more layered and comprehensive” regarding the envisioned centrality of workplace democracy and grassroots community participation. The Cleveland Model is more top-down in terms of its implementation strategy, with an orientation towards spreading ownership, rather than control per se. Additionally, the Preston Model integrates an overarching political strategy to grow the movement to scale – what’s referred to as a “whole systems” approach. Hence wider questions of socialist political economy are brought to the fore.

In this regard, the partnership between Preston City Council and the University of Central Lancashire (UClan) – Social Innovation Manager Dr Julian Manley is a key player – has been vital in terms of access to international knowledge and networks (e.g. MCC). We learn that “[t]he university is also using its business hub, Propeller, to provide space, advice and support for worker-owned cooperatives”. This institutional cooperation has led to the establishment of the Preston Cooperative Development Network (itself a coop) as “a place for practical support and advice which brings together existing cooperatives and those hoping to establish new ones”. Several new local cooperatives have been established so far, spanning various sectors, with over 10 more in the making. This is not insignificant when you consider that it likely outnumbers the sum of genuine worker coops currently in operation across the island of Ireland. Preston alone aspires to accommodate hundreds of new worker-owners/members over the next few years.

UClan via Manley is also putting together an undergraduate cooperatives curriculum which will be linked to Propeller to strengthen coop development support. And there are plans afoot for a (previously mentioned) cooperative education facility in partnership with Manchester’s Cooperative College. This shows how seriously cooperative education, in the broadest sense, is being taken in both theory and practice: turning abstract principles into material initiatives so that cooperative “ideas take root and spread”. The goal is to create a new common sense derived from lived experience.

Refreshingly, municipal (and, presumably, national where appropriate) public ownership of strategic activities is also understood as a crucial component of economic democracy, complementing and partnering cooperative small and medium businesses.

While the jury is still out on future ambitions for scaling worker cooperative development and economic democracy in Preston, the institution of a comprehensive supportive infrastructure is encouraging. Reflecting the pillars of the MCC framework, it aims at establishing “a cultural and civic eco-system based around mutual support and collective provision”. Working class self-help can recreate the broader political culture underpinning historically strong labour movements. Even acknowledging the “destruction of the industrial economic base for this social and cultural superstructure” in the Global North, working class organisation is reemerging in other (service-based) sectors, potentially serving as an alternative basis.

On the other side of CWB coin, progressive procurement policies have already resulted in a tripling of anchor institution spending in the locality over the past five years. This in itself represents a significant “cultural shift” for some of Preston’s largest place-based employers.

Perhaps the most significant critique of the Preston Model raised in this part of the book relates to its vulnerability to political change. A recurring theme is that the best way to protect against Conservative backlash is to deepen popular “buy-in” (i.e. participation, ownership, control) of the Preston Model, versus relying on top-down leadership from Labour city councilors. Though this is ideologically appealing and may very well be true, it’s not clear that it would be sufficient to safeguard CWB over the longer term – as the fate of the radical Labour-led Greater London Council (GLC) under Thatcher illustrates. Indeed, it appears a tall order to sustain radical local change without successfully contesting power at the state level.

The discussions and examples in Part 3 of the book, while not uninteresting (e.g. participatory budgeting, supporters’ trusts, community land trusts, public housing, CWB in small towns and rural areas), still feels a bit underwhelming when set against the previous accounts in Parts 1 and 2. It possibly grasps at straws in places; but at least they exist and are surely worth recording. The focus is on England, Scotland and Wales, with little mention of Ireland, North or South. Granted there is less here to report, but Guinan for example has been working with Trademark Belfast towards building cross-party support for CWB on Belfast City Council. There is also growing interest and policy development within the Left generally across the island.

A significant omission is any real discussion of the unionised worker cooperative model. This is a live topic of debate in England, the US, Canada, and internationally. Manley makes clear the centrality of unionised worker coops to the Preston Model vision, drawing in expertise from MCC and Coop Cincy. Those keen for a deeper dive on such prospects and challenges facing the Preston Model should look to Manley and Philip B Whyman’s just-published edited volume, The Preston Model and Community Wealth Building: creating a socio-economic democracy for the future (Routledge, 2021)

In conclusion, Brown and Jones’s book is a concise, engaging and inspiring contribution that will be of practical use to socialist activists from across the Left political spectrum. It is as good a place to start as any, but should be read alongside Guinan and O’Neill’s and Manley and Whyman’s more academic expositions for a fuller account. Much like worker self-management at the firm level, experiments with municipal socialism can and should be constructed and defended as countercultural institutions of the working class. This is true even where external political-economic conditions are hostile and/or experiments are ended prematurely. Cooperative jobs and dreams leave behind lessons and legacies of possibility that inform and inspire future efforts. There are enough longstanding success stories around the world today and throughout history to suggest that it is possible for aspiring islands of socialism to hold out, even in stormy waters, for a brighter political day.

Such efforts, if crafty and widespread enough, may even help to form the basis of a national political movement for change. But only the latter can approximate those dreams with reality.