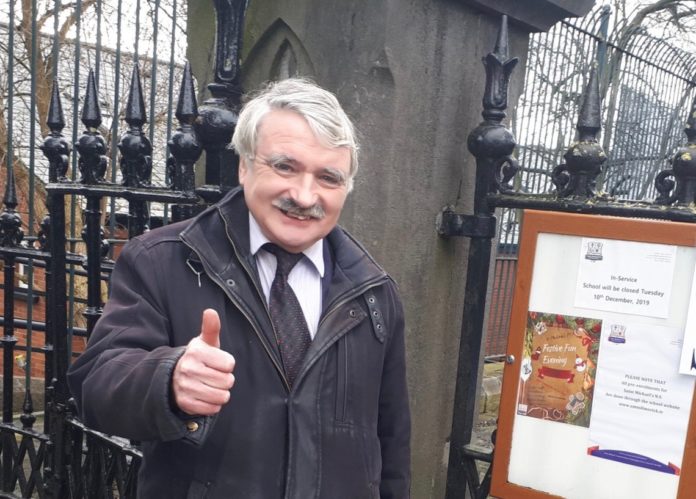 Last week, proposed reforms to the Fair Deal scheme, under a bill introduced by Fianna Fáil’s Willie O’Dea suggested that people who enter nursing homes, or their families, would register with an approved housing body who would then under a licence agreement use that home to house a homeless family. These proposals do little to address the needs of the elderly, 85% of whom would prefer to be cared for at home in their old age.

It’s a problem that Dick Roche, who manages a day centre for the elderly in Waterford, is acutely aware of.

“We’re a rapidly ageing population,” says Roche. “If you went back to the 1970s we were a young population. But that whole dynamic has changed. And if you look at the services in this country, when it comes to the elderly, we are heading into a crisis. If you take, for example, the place that I manage, there’s a small HSE grant and after that it’s run by charity. In the health service, one of the first things that was privatised was the care of the elderly and residential care. There are very few publicly owned residential care homes. Already the lists for residential care are growing the whole time. So if you have a parent or grandparent with Alzhiemers or dementia, they are going on these growing lists. And these are lists that nobody talks about.”

The figures are stark. Numbers released by the National Risk Assessment in 2019 show that the proportion of the Irish population aged over 65 will increase from 1 in 8 to 1 in 6 by 2030. The Central Statistics Office (CSO) shows that the over-80s population will rise to between 470,000 and 484,000 by 2046 with more older people than children in the country. Within 10 years, a quarter of a million citizens will be aged 80 years or older. The annual cost of care for elderly and the disabled, accordingly, is set to double to €4.5bn within three decades.

“We’re all going to be old someday,” says Roche. “And these services aren’t only about old people. They are also about carers and families. For some carers, our service is the only break they get. And the sector overall has been damaged by privatisation. There has been a switch to residential care. If places are being run for profit, then you cut corners and you pay lower wages so you can turn a profit for your investors. The switch to private, instead of being progessive, has been a step backwards for residential care.”

Last May, a report by the International Long Term Care Policy Network found that Ireland had one of the highest rates of Covid-19 deaths in care homes in the world, with some 62% of Covid-19 deaths in Ireland up to that time relating to care homes. In recent weeks, statistics from John Hopkins University show that Ireland had overtaken China with 4,873 Covid-19-related deaths and 246,633 confirmed cases, compared to China’s 4,845 deaths and 102,373 cases.

Writing in the medical journal The Lancet, Talha Burki points to institutionalised elder care as a major contributory factor. Only 3% of China’s elderly population live in care homes, whereas in several western countries, far great proportions of the population depend on such facilities, a dependence that has driven up rates of infection.

“They took their eye off the ball,” says Roche. “No question. One recent report pointed the finger at management of residential care homes. But I can tell you that I had to go looking for information on what we were supposed to do at the day centre. We were all new to this. But people from residential homes had to go looking to find out what controls and measures they needed to take.”

The government’s initial response to its Covid-19 care home crisis was to assemble a panel, a body that immediately came under fire for failing to include a single expert on dementia.

“That’s just really incompetent,” says Roche. “The government seems to be aloof when it comes to certain policies. If you are putting together a policy or announcing a policy you should have considered the pitfalls, you should have asked if we were leaving anything out. To leave someone out from dementia and Alzheimer’s on any panel, and in these circumstances, that’s crazy.”

For decades, experts have called for new models of nursing home care to be introduced in Ireland. Many of these alternatives have been used across Europe since the 1980s. In 1992, Sweden replaced residential care with special housing. In 2010, the Dutch government announced a sweeping programme for elder care, worth €80 million, with an emphasis on small-scale domestic dwellings, and the preservation of personhood and family relationships.

“I have seen some of these places and they are fantastic,” says Roche. “I’ve seen places in Holland and Denmark and other Scandinavian countries where you have communities set up for independent living. Doctors, chiropodists, everything on site. They live like it’s a village. Families are playing much more of a role in the lives of the elderly.  It’s miles ahead of us. We are so far behind the rest of Europe, we’re not even in a place where we can have these conversations about moving forward.”