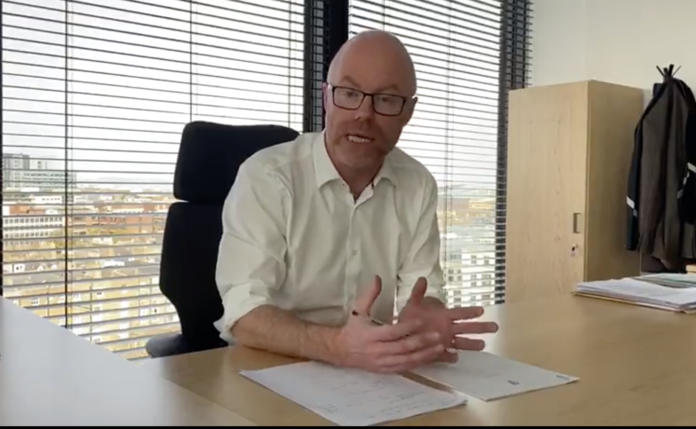 The Minister for Health, Stephen Donnelly, has responded to reports that he is avoiding public oversight of the new National Maternity Hospital.

The alleged row comes as concerns are raised that the new hospital will not be in public control, impacting the types of procedures available, and limiting those procedures to those approved by canon law.

However, speaking on This Week on RTÉ Radio 1, the Minister rejected the idea that he is in conflict with the Minister for Public Expenditure and Reform, while strenuously avoiding questions about religious control of public health.

“So, first of all, the important thing to say is that we don’t envisage any delays to the National Maternity Hospital,” he said. “There’s been a huge amount of work has been done on it. It was agreed and the site was agreed several years ago.

“Since my time as Minister for Health we’ve done a lot of work to get the agreement finalised, to make sure that it is free of any concern about religious ethos, as to what can be done in the hospital and so forth. So, the plan is that we are continuing with the project and both, both Departments are fully committed to the project.

“This … The background is that in late 2019 there was an update to the Public Spending Code. This project was agreed before, before that. So the question is ‘well, what do you do?’ So, there was an exchange of letters between previous Ministers to say that how they would deal with this was that additional parts to the project would be subject to the new review. So there’s a lot of engagement between [the Department of] Health and the Department of Public Expenditure and Reform.

“But the project is going ahead. What Minister McGrath wants to make sure – and he’s absolutely correct – that he wants to make sure is that all of the relevant public spending criteria are met. We’re both very conscious for example of the spend on the National Children’s Hospital. We want to make sure that kind of thing isn’t repeated here.”

According to the Department of Public Expenditure and Reform, the Public Spending Code is the set of rules and procedures that ensure that the standards of best possible value for money are upheld across the Irish public service. Originally introduced in 2013, the code was updated in 2019, following the National Children’s Hospital controversy.

Under the code, large projects such as the new National Maternity Hospital must be presented  to government several times. First, the projects get “Approval-in-Principle”. Following further study, they return for pre-tender approval. If the government then agrees to the Final Business Case Review Report the project can get “approval to proceed”, i.e. to actually go ahead with the project.

The Code does not include the word ‘exemption’ or references to different rules for projects as initiated under the previous regime.