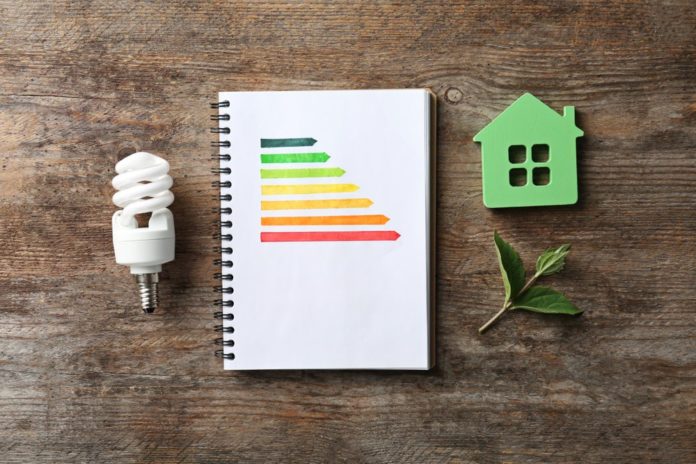 “My bedroom had a single-glaze on the window. It wasn’t double-glazed. So you’d just wake up and you could write your name in condensation on the wall and it would be all black mould as well. My housemate’s room was even more mouldy.” says Cathie Shiels. She is describing the home in Dublin city centre that she rented with friends until they were evicted recently.

“We tried to address it with the landlord. We had a vent installed into the room but it didn’t help because ultimately there’s a box heater from the 1980s that doesn’t work in the house. So we had a fire in the sitting room and we had to buy our own heaters. In the winter I’d be frozen, literally putting a hat on to go to bed like I was Dickensian or something. And then you’d be roasted in the summer.”

Cathie’s experience is not unusual in Ireland’s private rented sector, where tenants can face high costs for substandard accommodation and can easily find themselves in energy poverty. St Vincent de Paul spends about €4.5m-€5m each year supporting people with the cost of energy, many of whom are living in poorly insulated homes in the private rented sector. In fact, energy poverty is one of the main reasons that people contact the charity.

Dr Tricia Keilthy, SVP Head of Social Justice and Policy, says that “Covid-19 has further exacerbated the issue as people are home more and their energy usage is up. Many people have no choice but to use a pre-pay meter if this is installed in their rental property. While they can be beneficial for managing energy costs, they can be more expensive and switching to a lower cost provider isn’t an option for renters.

“We wrote to the Minister for Social Protection [in January] asking for two weeks double payment of the Fuel Allowance to get through the next few colder weeks of lockdown and that a discretionary fund is established to help people with Covid-related energy debt.”

In 2019 SVP published a report highlighting that children living in rented accommodation were 2.2 times more likely to experience energy poverty than children living in owner occupied housing but that the existing free energy efficiency schemes were only available to homeowners. Last year, a report by the Department of Public Expenditure and Reform also highlighted that rented accommodation is excluded from energy efficiency schemes.

According to the Government, the main barrier to improving energy efficiency in the private rented sector is the ‘split incentive problem’. This means that landlords are less likely to invest in energy efficiency because they don’t directly benefit and tenants are less likely to invest because they may not be in the home long enough to experience the benefits.

Dr Keilthy clarifies that on the tenant side “many of the households we assist are living on low incomes and struggling with housing and energy costs and certainly would not be in any position to invest in their rental property”.

The Department of the Environment held a public consultation on removing barriers to energy efficiency in the rental sector by addressing the ‘split-incentive problem’ in January 2020. Over a year later, the results have yet to be published. The Government has also established a Retrofit Taskforce to oversee the design and development of a new national retrofit model to deliver 500,000 retrofits to B2 level. No information has appeared about how the taskforce will address the issues in the private rented sector.

Highlighting that the Programme for Government commitment to “take action to drive energy-efficiency upgrades in rented properties” following the consultation is very vague, SVP is concerned that the issue is not an immediate priority for the Government.

Cathie’s problems with her former landlord haven’t ended. The landlord’s agent is now refusing to return the deposit because the house is dirty. Cathie refutes this, saying that the only ‘dirt’ left in the house was the mould infestation in her housemate’s room. “Rust was kind of coming through the mould as well. It can’t have been healthy for us.”

With the experiences that most tenants have had of Irish landlords, is there a chance that introducing minimum energy efficiency standards or schemes to help landlords pay for upgrading properties could be used as an excuse to increase rents or evict tenants?

“This is a real concern,” explains Dr Keilthy. “The incentives for landlords must be carefully balanced with obligations and enhanced protections for tenants and linked to wider rent control measures.

SVP has provided the Department with plenty of suggestions on how to protect tenants: long-term leases or indefinite tenancies to ensure the works benefit those living in the private rented sector; obliging landlords availing of grants to keep the property in the rental market for a set period of time after claiming the works; ensuring that access to grants is conditional on passing an inspection to show compliance with the Housing (Standards for Rented Houses) Regulations 2019; and bringing in rent protection measures to stipulate that landlords cannot increase rent beyond the limits of HAP.

The only question now is whether the Government will listen.