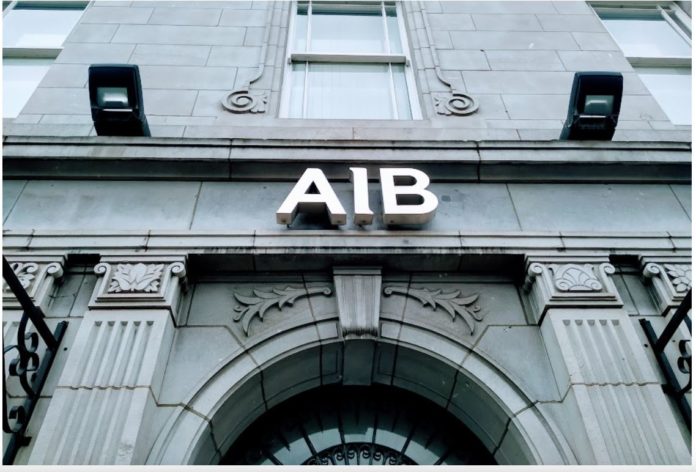 On the day Bank of Ireland announced the closure of 90 bank branches, it made two other statements that didn’t get as much attention.  First, the Chairman, Patrick Kennedy, called for the removal of salary caps. Second, the Bank announced it would soon launch a share buy-back initiative.  This is a particularly nasty bit of financial manipulation that only serves to boost shares at the expense of productive investment.  Oh, and they announced that their temporary, pandemic-induced retreat from profit had been halted.

So quite a day: branch closures, demands for higher senior executive pay, a share buyback and future profit projections.  It would almost make you wish we had a public bank – one whose mission was investment in the productive economy, partnering with businesses and households, rooted in communities.

Well, here’s the good news – we have a public bank.  In fact, we have three of them:  AIB, Permanent TSB and the Strategic Banking Corporation of Ireland. What we don’t have is public banking.

Ownership cannot be equated with strategic public intervention.  The state, while ‘owning’ the banks, never acted like an activist shareholder.   It acted more like a concierge, opening the door and tipping their cap to any investor who happened to wander in.  The day after these banks were brought into public ownership, the state plotted to get rid of them.  We have public share ownership but not public banking.

With the exit of Ulster Bank, the debate has focused on a third banking force, or the sizeable entrance of a foreign-owned bank to provide competitive salve in an oligopolistic market.  Of course, we had considerable competition prior to the financial crash and that didn’t end too well.  Since then a number of reforms have been introduced to protect the productive economy from finance capital, but while such policies can prevent private companies from doing bad things they can’t necessarily force them to do good things.  And we need ‘good things’ banking.

The New Economics Foundation has proposed a trustee-based model to transform RBS into a local public bank.  It would be governed by a Board of Trustees – made up of employee-elected directors, public appointees, and business and consumer representatives – which would be responsible for overall policy, while a Management Board would be charged with day-to-day implementation of that policy. This type of public bank could be regionally-based, and focused on activities in the province they serve (e.g. Munster, Connaught).  Within that province the banks could be branded in a way to show their commitment to the local areas (e.g. Bank of Kerry, Bank of Offaly, etc.).

Such a public bank would not be constrained by short-term shareholder value.  Its mandate would be to engage in longer-term lending to businesses and households, steering away from property and financial products.  Through decentralisation, it could engage in relationship-based lending – based on knowledge of local markets and individual borrowers (advantaging SMEs) – compared to transactional-based lending with its centralised and near-algorithmic approach.  Finally, a public bank would be more amenable to political scrutiny and public accountability.

A particularly exciting initiative would be a re-investment programme in regions and communities– but doing so in imaginative ways. Financial hubs could be established throughout the country with an expanded branch network working in easily accessible local one-stop centres (sharing space, sharing costs) with credit unions, post offices, MABS etc.  Of course, to maximise the benefits of this policy, the state would have to seriously invest in regional policy, decentralise power, and reallocate resources to local government (that’s for another article).

We own two retail banks – AIB and Permanent TSB.  The choice of which bank to transform into a truly public bank should be a pragmatic one based on a number of factors such as size, the market, loan book and risk assessment, public capital etc.  Key, however, would be the ability of such a public bank, through competitive pressure, if not  to change the nature of the market, then to at least provide a real choice for households and businesses – especially since they would have a role in managing the bank (imagine if household customers were given the right to elect representatives on to the Board of Trustees).

It is curious how little debate there has been regarding Ireland’s banking system (apart from being scandalised by continuous scandals).  The bank guarantee was brought in practically overnight while the Dáil debate over the nationalisation of Anglo Irish took only six hours.  On the other side of the crisis, there has been little debate over the privatisation of AIB and Permanent TSB.  It seems that, when it comes to banking, we proceed by reflex.

Well, it’s not too late to start that debate – one that should involve all stakeholders, not just ‘expert’ commissions and departmental reviews;  a debate that reaches into communities – trades councils, chambers of commerce, local authorities and community/civil society groups.  This would not only produce more and better ideas for the operation of a public bank, it would help people understand that finance capital can be socialised, that it can become an instrument of economic democracy, rather than a constant threat.

If we’re all agreed, then, on the efficacy and desirability of a public bank, when do we start that debate?  The Left should not be silent on this or let the issue pass by default.  If we’re talking about an economics of post-pandemic recovery – a new start if you will – public banking should form a crucial element.