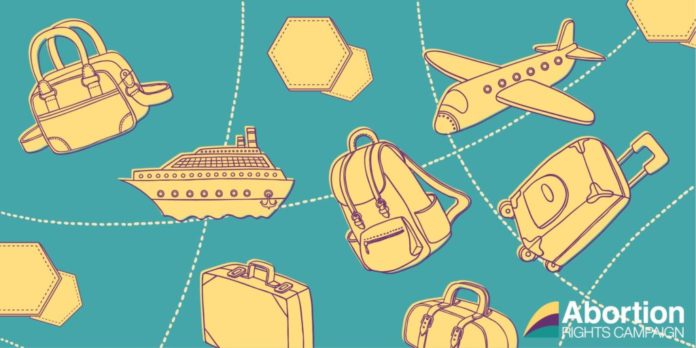 “What’s happening unfortunately is that Ireland is turning into a culture of death,” announced Carol Nolan TD in December last year. She was speaking as co-chair of the new Oireachtas Life and Dignity Group as they stood outside Leinster House to launch a report on ‘Late Term Abortion and Foetal Pain’.

The Oireachtas Life and Dignity Group is setting itself up for engagement with the review of the Republic’s abortion legislation which must take place in 2021. However, it’s not the only group paying attention to the review. Pro-choice organisations are preparing to defend what has been won so far and to bring legislation in step with the spirit of the Repeal campaign.

The Abortion Rights Campaign (ARC) is one of those groups.

As of 1 January 2019 abortion is legally available in the Republic on request up to 12 weeks, and after that if there is a risk to life or health (either mental or physical), or if the foetus has been diagnosed with a fatal condition and will not survive more than 28 days after birth. While at first glance it feels a world away from the days of the Eighth Amendment, ARC is concerned that for too many access to abortion services is still denied.

The HSE provides free abortion services for anyone who lives in the Republic and has a PPS Number. Immediately, this creates a barrier: those without a PPSN – such as undocumented workers or someone newly arrived in the country – are excluded.

Then there’s the three day waiting period for abortion on request. Research has shown that mandatory waiting periods don’t change anyone’s mind. Instead, they lead to higher anxiety, higher costs, and later abortions. They also go against best practice for safe abortion care, which includes prompt access without undue delay, and they create additional barriers for those least able to overcome them.

Recently released statistics show that 375 women and girls left Ireland to access abortion at clinics in England and Wales in 2019, a clear indication that not everyone is getting the care they require in Ireland.

Fatal foetal diagnoses and maternal health were some of the situations which first led to public awareness of the Eighth Amendment’s implications. Yet comparing British and Irish statistical releases, ARC has highlighted that in the first year of the new legislation there were 100 cases of abortions in Ireland carried out on the grounds of serious foetal anomalies, while in England and Wales there were 64 cases carried out on the same grounds for women who had travelled from Ireland. This confirmed ARC’s fears that “Ireland’s own provisions for serious foetal anomalies are being too strictly interpreted, forcing many patients overseas”.

The strict interpretation occurs because the new legislation carried over the framework of criminalisation and a 14 year prison sentence should a doctor provide an abortion outside of the existing restrictions.

Neary explains the ‘chilling effect’ that this causes: “The fact that it’s still criminalised is huge. For people who want to access the care and for the doctors who want to give care, we really do need to have full decriminalisation. I think it’s really, really important because doctors are afraid.

“Historically, we don’t have a history of actively prosecuting but at the same time there is the threat that they could be prosecuted for being in breach of the legislation. And that presents a lot of difficulty in provision of care.”

Of course, these issues can only arise when there is a provider to go to, which is just not the case in many parts of the country. Neary gives the example of Sligo, where “they don’t have any doctors listed and the hospital isn’t providing”. The lack of access in rural Ireland compounds the issue of unequal access of healthcare for those who already face barriers, such as for those with disabilities, those experiencing domestic or sexual violence, or those lacking the resources to travel.

“Covid has illuminated a lot of issues”, says Neary. A spotlight has been shone on the barriers at each step. One government response was to introduce telemedicine, which ARC argues should be retained after the pandemic is over. However, even if telemedicine is retained, it is clear that the current legislation is much more restrictive than people who voted to repeal the Eighth Amendment had hoped for.

“We deserve the improvements to the legislation because it’s just not working. And it leaves too many people behind.”

It seems that anti-choice activists will use the review to try pushing back the debate as if an overwhelming majority in the country had not voted for free, safe, legal and local abortion in 2018. In contrast, ARC is looking at the actual experience of trying to access an abortion in the Republic today.

In September ARC launched an online survey to gather information on experiences of the current abortion legislation in order to understand how it is working from the perspective of those directly affected. Available in 12 languages, the survey is open to anyone who has accessed – or attempted to access – abortion services in Ireland since 2019. When the survey closes at the end of this month, ARC will analyse and compile the information to present to the review.

Evidence gathering is one thing, but it can’t be easy to organise a campaign around the review right now, can it? The pandemic has disrupted existing networks and lumped women with even more unpaid responsibilities.

“I think people who have been actively involved and invested are aware of it. And, you know, there’s a lot of us. Thousands and thousands of people mobilised [for Repeal]. And a lot of those people are becoming mobilised again.”

ARC hosted an open meeting on ‘Resolve to Get Involved with the Repeal Review’ in January, which helped bring activists back up to speed.

In the short term, anyone interested is encouraged to advertise the survey on abortion access, share ARC’s blogs and social media posts, and write to local TDs to make sure they remember that free, safe, legal and local abortion matters to their constituents.

Information about both the current legislation and the review still has to get out to the broader public though, admits Neary. One way to start this is by people having conversations with their families again, explaining that the review is coming up and that the flights to England haven’t stopped.

“And just keep roaring and shouting about abortion. Let’s normalise conversations about abortion,” she adds. “And if you have to go on the train and somebody might ask you where you’re going, sure it’s no matter if you have to say to them I’m going to Bundoran to get an abortion, because isn’t it terrible that there’s nowhere in Leitrim.”