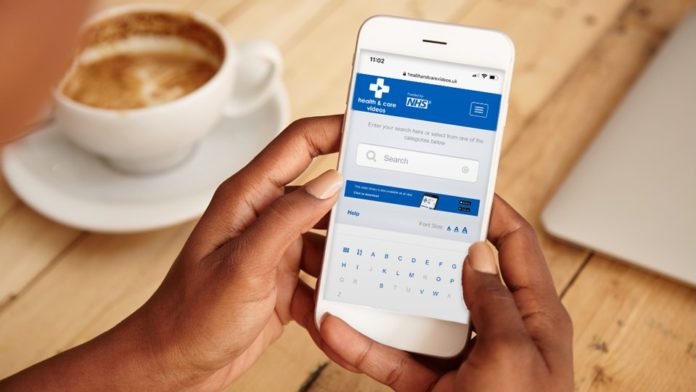 Last year, a taskforce led by policy chief Munira Mirza was set up by the Tory government to plan major NHS reforms. Since then, there has been no reporting on the discussions or plans of this taskforce and it is almost impossible to find any information relating to it, with no published information, no terms of reference, and no real details about its work or remit.

It has become much less a hidden secret during the pandemic that the government has an over reliance on consultancy firms, and it will probably come as no surprise that one of the people named as part of the taskforce is Adrian Master.

Master is a former McKinsey consultant and was part of the McKinsey team who drove the devastating and calamitous White Paper of 2010 and the Health and Social Care Act of 2012. This act enforced competitive tendering for services, a development which only increased the level of bureaucracy within the NHS as well as the cost of administration. Turning the NHS into a marketplace did not begin in 2010 or 2012, it began during the 1980s under Thatcher and has continued until today. In fact, it was the Blair government who established an ‘internal market’, splitting ‘purchasers’ and ‘providers’, setting up NHS trusts, and a ‘payment by results’ system.

Private consultancy firms have been the driving force behind our NHS services for some time and they have always ensured that their friends have benefited from any contracts that are available. It is clear to anyone who has worked in the NHS and has experience of consultancy firms like McKinsey that they do not have the interests of the NHS at heart; how could they? By definition the NHS stands in contrast to everything they represent. The fairness and equality that formed the basis of the NHS is in direct contrast to a private firm whose priority is profit making, not the health needs of the public. It is becoming more and more apparent that the NHS has been and continues to be fragmented and is being sold off one contract at a time.

One might imagine that it would be in the public’s interest to know what reforms are being proposed and discussed under this new taskforce. These people are shaping the future of our health service, following a global pandemic and a disastrous Brexit programme. The government should remember that the NHS belongs to the people. With unsurprising arrogance, the government does not think that the public are entitled to any information about the taskforce. In response to various Freedom of Information requests from several newspapers the government has stated that “to reveal anything at all about what it is discussing, and with whom, would have a detrimental impact on the ongoing development of policy”. So far, the only information that can be given is that the discussions pertain to “health and social care priorities for the duration of this parliament”. This seems to be a fairly important remit. We know the government is planning major changes at a time when the NHS is under extreme pressure.

One newspaper was told by the Cabinet Office that “Number 10 has no records of any documents, emails, or briefings that the Downing Street NHS Taskforce shared with Munira Mirza.” This is not only preposterous but insulting. Munira Miza chaired weekly meetings with this taskforce from last summer onwards yet Downing Street expects us to believe that there are no records of these meetings in existence.

While we all understand that a certain level of discretion and confidentiality is required for ministers and civil servants in order  to discuss and debate new ideas, the level of secrecy around this taskforce is on another level. What is the reason for not informing the public as to who is briefing the taskforce? Why are the public not being informed of the major reforms that are part of our democratic consultation rights?

It certainly appears that there is no longer a façade, as there was in the 2010 White Paper or 2012 Health and Social Care Act. Back then the government was careful to make it appear that doctors or NHS managers were in control. Now it is quite clear that ministers are forcefully staking their claim on our NHS. This makes it even more necessary and urgent for the public to be made aware of who is involved in these discussions, what individuals, what organisations, whose interests are served, and what have they planned for the future of our NHS.

The recently leaked new white paper has inspired spurious claims that the Tory government are planning to reverse past privatisation. Anyone who believes this is foolish in the extreme. The leaked paper in no way points to any reversal of privatisation, in fact it signals the very opposite. The ability of the NHS to cope with the pressures of Covid have exposed how underfunding and privatisation have very seriously undermined the organisation as a whole. The fact that the NHS has managed to keep going during this crisis is testament to the staff, from nurses to porters, doctors to cleaners to care assistants: not the government. A lack of beds, particularly intensive care beds, staff shortages, growing waiting lists (which were already high before Covid), are now much worse resulting in sometimes fatal delays in diagnosis and treatment. In Northern Ireland there is a shortage of over 2,300 registered nurses and only 140 ICU beds, a number which has proved woefully inadequate during the pandemic and winter months. This coupled with wider determinants of health and widening health inequalities will all be used as reasons and excuses for wide scale reform (translation break up) of the NHS.

It is clear that contracts to private companies will continue, tendering will continue, and contracts already in place will continue. The NHS requires a strategic plan, one which will provide an injection of funding, a plan for sufficient staffing and a plan which will bring all services back in house, thereby stopping private companies profiteering from our NHS services and ensuring that the NHS is allowed to continue as the organisation it was set up to be: with its core aim to provide quality healthcare to all our citizens. Despite what the Tory government would have you believe, the fight to protect our NHS is far from over, it is only beginning.