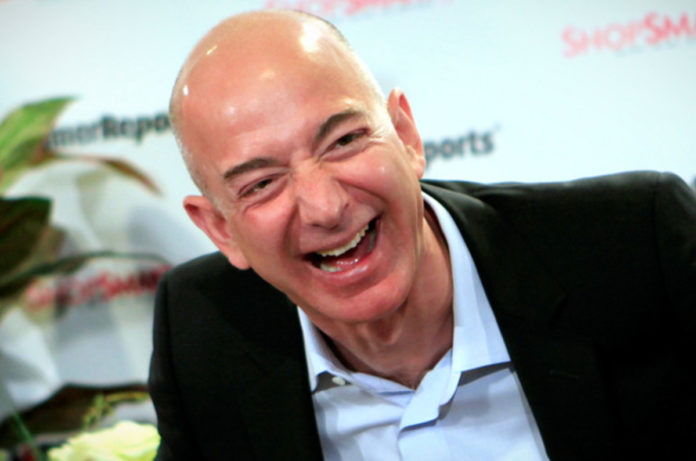 According to a recently released report by the Institute for Policy Studies, the wealth of all U.S. Billionaires has increased to over $1.1 trillion since mid-March 2020. The report says that this is “a nearly 40% leap during the past 10 months of national emergency.”

The same institute reported that today $4.1 trillion of the total wealth owned by America’s 660 billionaires is two-thirds more than the $2.4 billion held by the bottom half of 165 million Americans. Thus, COVID further highlights the disparity already prevalent in the U.S.

Those who have been indoctrinated with a blind adoration for the “heroic individual billionaire male” will no doubt marvel at this nauseating figure. For example, in recent months there has been much fawning over the fact that Elon Musk briefly overtook Jeff Bezos as the world’s richest man.

Others are conscious that the mass media, owned by the billionaire class themselves and thereby interested in propagating the fetishisation of absurd wealth, will rightly see that COVID-19 is just another piece of happenstance for the 1% to benefit from.

In terms of wealth accumulation COVID-19 has been fortuitous for the billionaire class who have seized on this black-swan opportunity. In contrast, the pandemic has been much harder on workers. Unemployment rates in the U.S. have nearly doubled and small businesses are closing down left right and centre.

This is tragic considering that the $1.1 trillion of wealth amassed by the billionaire class would be enough to pay for all of the relief for working families contained in President Biden’s proposed $1.9 trillion pandemic rescue package, which includes $1,400 in direct payments to individuals.

Now don’t get me wrong, I can respect an entrepreneur and I even find it fascinating how they came to their station in life. Certainly, this type of billionaire is more deserving than the uber-rich who inherit their wealth (many who will be too rich to be listed). However, what is unacceptable is the amassing of huge fortunes without subscribing to a shared dream.

The American Dream is about working hard and making your fortune where the “better” you are, the more you get. However, this dream leaves out all the people and all the serendipity that led to reaching the height of billionaire status. It may be that the billionaire had the good fortune of inheriting their billions; perhaps they had good mentors, teachers, and parents that were able to nurture their talents, and undoubtedly, they were in the right places at the right times.

Amongst the super-rich, not indoctrinated by their own propaganda, there is a consciousness that they attained their position due to 1% innate genius and 99% social-chance. This leads many of them to ease their guilt through philanthropy. However, while such philanthropy, on one hand, is commendable, on the other hand, it further bolsters the image of the “heroic individual billionaire male”. In addition, these charitable acts ward off the “pitch-fork mob” who might otherwise be enraged at the inequality.

Evidently, the U.S. is still at a historical stage where it is reasonable for market rewards to be distributed somewhat unequally. However, when such large amounts can be amassed founded on 99% social-chance then it starts to become reasonable for the remaining 99% of society to ask what capital can do for all.

Clearly, none in the billionaire class, even the entrepreneurs who built up their fortunes, were able to do so from a position of abject poverty. They all needed a good education; they all needed to be free from the fear of violence, and they all needed access to a good diet and healthcare. Unfortunately, for many Americans, this basic foundation is missing. As such, the U.S. wastes its most important resource: its people.

The 99% should not have to wait for crumbs handed to them through individual philanthropic grandstanding. In a country that supposedly works for all, even the greatest of billionaires must come under the democratic control of the masses so that capital can be co-opted into working for the wider good.

The problem with the American Dream is that it is an individual dream for the 1% rather than a collective one for the 100%. It allows for billionaires to detach themselves from the hands that weaned them.  Everything, from the media to politicians can be bought and perverted to justify this detachment, a detachment which is then presented as the norm.

Disturbingly, should this status quo continue then the billionaire class, capital, will eventually cannibalise the social foundations they were built on. The billionaires, built up through 1% of their own genius and 99% social-chance, are destroying their own foundations, a destruction that can only lead to the eventual destruction of themselves.

Consequently, this class, which in the U.S. holds dictatorial power over vast swaths of capital, must subscribe to a new dream of positive social transformation for all. If they choose not to heed this warning then certainly the American Dream will eventually turn into an abject nightmare.