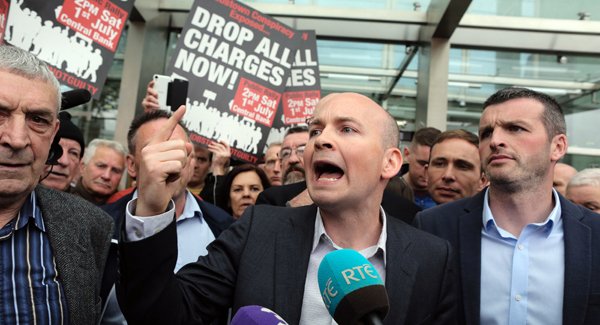 Following last month’s fiasco on Capitol Hill, all the major social media sites hastily blocked Donald Trump on the grounds that he posed a danger to American democracy. The move was unprecedented in that it was the first time any head-of-state, or even any widely known political figure for that matter, was banned from platforms like Facebook or Twitter. The  outgoing US President, was characteristically ungracious in defeat and unwilling to accept the results of the election. The spectacle of Trump, already famed for his childlike behaviour and endless Twitter rants, being confined to a time-out corner, was a source of amusement for many. And yet it is important to acknowledge the implications that these multiple cross-platform bans can have on political discourse and free speech.

Since the late 2000s, social media has become the prime location for political discussions. This is easy to see why. Platforms like Twitter offer users the opportunity to engage with politicians directly as well as conveniently giving them the latest news, posts from friends and various pages all on their timeline. In many ways, the comment sections on Facebook have replaced the likes of phone-in radio shows as they allow for those with opposing opinions to clash directly with one another.

Censorship in the Age of Mark Zuckerberg

Part of their appeal, as well as much of the concern about social media, is the complete freedom users have to share opinions and stories. Independent sites and alternative news sources have come to rely on social media for their publications. Police brutality has often been brought to attention through these sites. During the Jobstown trials in 2016, for example, anti-water charge activists were able to share videos that put the protesters in a very different and positive light, videos that were ignored by mainstream media. However, recently, following the death of George Nkenchenko, we saw how frighteningly quickly racist disinformation can circulate. The proliferation of dangerous lies of this kind has been going on for years and has prompted a considerable level of online censorship.

Anonymity has always been an available option for users. Trump’s surprise victory in 2016 aroused suspicion that fake accounts had heavily influenced public opinion and swung the vote in Trump’s favour. This suspicion has since escalated into complete paranoia.

While social media has always had rules in place regarding online behaviour, in recent years, social media has taken a more active role in combating false information or “dangerous behaviour”. Initially, censorship on social media was restricted to death threats or inappropriate images (such as nudity) but over the past few years, Facebook, in particular, has taken it upon itself to expand its censorship and has employed an army of 7,500 moderators along with AI algorithms to block posts that “violate community standards”. This censorship is not just limited to posts or pages inciting racial hatred or violence. Any posts deemed to be misinformation can potentially be taken down. Terms such as “Zucc’d” or “Facebook jail” have become common slang in internet meme culture.

Free speech has come to be seen as a political weapon for the far-right but it is important for the left to remember that historically they were the ones being suppressed, often with no real justification whatsoever. Despite the American Bill of Rights being passed more than a century beforehand, in the early decades of the 1900s, trade unions in the United States were regularly denied their rights to freedom of speech. Local authorities were allowed to veto union meetings on the grounds that their opposition to the law and constitution. Trade union rallies were frequently denied permission or broken up by police and even leafleting was prosecuted. It was only through a long battle and countless arrests that the International Workers of the World (IWW) won their right to free speech in 1937.

A similar situation played out in wartime Britain. On January 21, 1940, the socialist newspaper, The Daily Worker was banned under wartime emergency powers for 18-months, the longest such ban in British history. The Home Secretary at the time argued that the newspaper was undermining the war effort despite the newspaper’s unequivocal anti-fascist position and their calls for “all measures necessary” to defeat the Nazis. And of course, in the era of the “Red Scare” in America, political opponents suffered once again from fear in America and McCarthyism.

With these events in mind, it is unsurprising that it would be the left who, once again, would suffer from this newfound paranoia. In October 2018, Facebook, in collaboration with Twitter, deleted 559 pages in one day. Most of these pages were critical of the Washington consensus on world events. The list of pages included the independent Anti-Media and The Free Thought Project, pages monitoring police brutality including Police The Police and Cop Block, and anti-war pages. Facebook ambiguously claimed that they had “coordinated inauthentic behaviour” and made the unfounded accusation that these pages were creating numerous fake accounts to spread their information. The extent to which their reasoning echoes that of the British government in the wartime is uncanny. This action was condemned by journalists such as Ben Norton and Max Blumenthal of The Grayzone Project.

The decision to block the US president now sets a dangerous precedent for the Left and political discourse in general. While pages such as Anti-media or The Free Thought Project were influential among their followers, they were mostly unheard of for the mainstream population. Now, however, no political figure is off-limits. As we have seen, any form of censorship can be manipulated and abused by powerful organisations and ultimately serves as a political weapon against the opposition. A banning from Twitter could prove to be a crucial blow for politicians like Jeremy Corbyn or Alexandria Ocasio-Cortez. Anti-establishment candidates who come to prominence in North America, Europe or elsewhere will inevitably become the target of social media censorship.