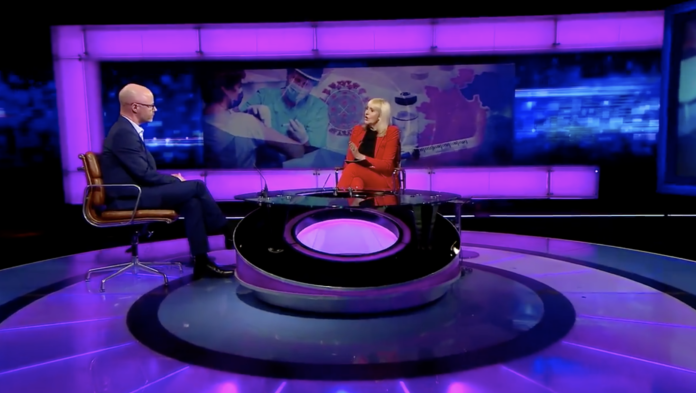 The Department of Education has announced that Special Schools and special classes in mainstream schools will not open on Thursday as previously announced.

But who is to blame? Could it be a government that insisted in pushing ahead with re-opening despite the reality we see around us because they have a plan and that’s that? Of course not.

No, the real problem is the teachers, SNAs, and other workers who looked for safety for themselves and some of the most vulnerable children in the country. They even asked about flexibility for students whose parents believe it is unsafe to return to school.

And the real monster behind it all? Those scheming, conniving, work-shy unions who had the audacity to … listen to the 5,000 members who turned up at a Zoom call (never mind the 11,000 who watched on YouTube) to explain the problems with Minister Foley’s plan.

At least that’s how the Department of Education is framing the situation.

As ever, Miriam O’Callaghan and RTÉ Prime Time were there to lay the groundwork.

It was like O’Callaghan knew that ratings depend on arguments with Ministers but couldn’t quite figure out why anyone might think the government had mishandled the pandemic:

“You spoke there, Minister, about encouraging the unions. But you and I know that there are mothers and fathers tonight watching this, broken-hearted that their children with additional needs are [not] going back on Thursday. I mean, who’s running the country? The unions or is it the government?”

So well done to all those people who managed to watch Primetime without losing their voices screaming at the screen.

It was only a month ago.

2. But this government has got everything so right so far

3. Tell us about those OTT demands

4. Don’t give them any ideas

7. Don’t let facts get in the way of a good story

What’s that sound? Oh, that’s just the sound of the government tearing apart the last shreds of social solidarity that has built up over the last year.