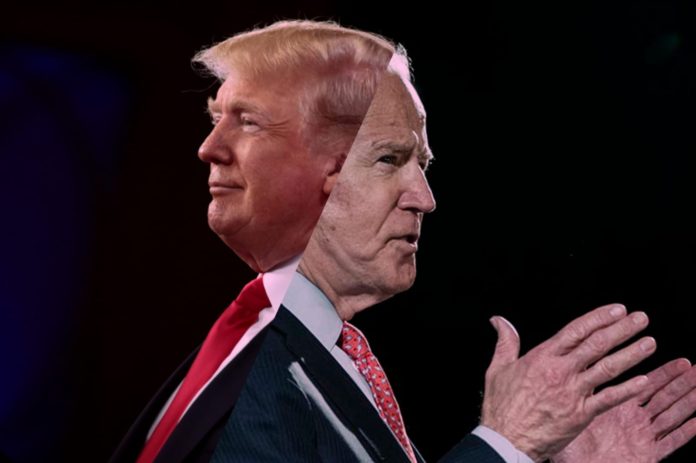 Trump should not be seen as the problem but rather as a symptom of it. Trump was merely one more representative of US imperialism and capitalism, but in essence, he was no different from any other. His sexist and racist remarks, as well as his heedless, unscientific comments on the environment, were both intolerable and dangerous. But racism, sexism and the ecological crisis were not instigated by Trump.

There are deep rooted structural issues underpinning how the United States conducts itself domestically and internationally that cannot be magically resolved in a four year term of bipartisanship presidency.

Let’s look at the issues.

Wages in the US have been stagnant since the 1970s. Any suggestion of economic recovery of growth is, at best, an illusion; at worst, an outright lie.

Perhaps the greatest recent articulation of America’s social ills were the months of demonstrations following the death of George Floyd in late May. That tragedy became a focal point and means to protest against the abhorrent conditions that Black people live under in the US, including the disproportionate rate of police brutality that black people suffer in the US and the epidemic of mass incarceration in America.

A total of 2.3 million people are currently incarcerated in the US, a rate of 693 per 100,000 residents. A shocking 470,000 of those 2.3 million have yet to be convicted, but are instead in jail on bail, an issue which is an epidemic in and of itself.

Any hope that the Biden administration might want to address the mass incarceration epidemic beyond mere symbolic or superficial change is misplaced. After all, the man himself, Joe Biden, was a key architect of the prison-industrial complex, as he authored the 1994 Crime Bill, an overly punitive piece of legislation that helped the prison population numbers skyrocket. These numbers, of course, disproportionately affect black and brown Americans. Despite this, Biden still shows little to no remorse for being a contributor to this bill.

And what about Kamala Harris, Biden’s VP? The liberal consensus often point to her time as a federal prosecutor as time spent being a “progressive prosecutor.” This assertion is far from the truth. During her time as a federal prosecutor, she locked up mothers for truant children, denied the humanity of trans prisoners by throwing them in the wrong prison, and buried potentially-exonerating evidence for prisoners on death row. Without exaggeration, she has blood on her hands. And like Biden, she shows little to no remorse for this.

Now, let’s say (by some miracle) that the Biden Administration realises the self-destructive nature of the prison-industrial complex and seeks to dismantle it. While undoubtedly the morally correct thing to do, this action would not stifle – or even slow – the inevitable collapse of the American Empire as the prisoner-industrial complex is a tool for a more destructive and greater crisis of capital.

Mass incarceration is used to prop up the US domestic economy through manual labour. The use of this manual labour hinders the US from addressing the issues of massive unemployment. However, the US cannot get rid of the prison labour force due to the falling rate of profit.

Under capitalism, competition creates a falling rate of profit. Overproduction of goods and services in the market stagnates and makes it impossible to sell at a profit. Every company receives diminishing returns until several businesses fail to produce a profit and go under. These cycles take place every eight to 12 years and the result is always recession. The only way to avert this is through the takeover of other business or the entrance into new markets of resources. Capitalism presents two choices: recession or imperialism.

The US is an empire.

This is not an obscure opinion but a matter of public record. Imperialism may be defined as the process of integrating new regions into an expanding economy as well as the reorganisation of political and social structures. The US has certainly enacted this kind of imperialism around the world. Excluding obvious examples like Iraq, the US has brought many countries into its economic sphere throughout the 20th century. Almost the entirety of the Americas relies on the US for more than 50 percent of its collective economy. However, US interference in countries like Haiti, Honduras, or Nicaragua perpetually increases migration to the US. This in turn further exacerbates the tensions between migrants and US citizens.

Since the end of the Second World War, the US has used the dollar to exert financial influence. The Bretton Woods systems established a fixed link between the dollar and gold. Effectively all debts worldwide were to be settled through this system. This was of huge benefit to the US. In 1971, Nixon ended the link between the dollar and gold. Nevertheless, the dollar retained its place as the world’s reserve currency. This dollar supremacy has allowed the US to borrow more money than any other country in the world. As a result, the US currently has a debt of 27 trillion dollars.

It is looking increasingly likely that the US dollar will begin to lose its place as the reserve currency of the world. With Russia and China dumping their dollar stocks it is likely that the major trade partners of those countries will follow suit. The US has a shrinking economy and the advent of de-dollarisation makes it impossible to see any clear solution in sight.

Furthermore, the maintenance of the trillion dollar military budget in the US makes any reversal of this trend unlikely.

According to the Overseas Bases Realignment & Closure Coalition, the US maintains an estimated 800 bases abroad – the majority of which are in Western Europe and the Far East.

Once more, the tendency of the rate of profit to fall dooms the American empire. Should the Biden administration, or any future administration, wish to demilitarise, once more, the crisis of capital will just be accelerated, as the American economy needs imperial control over foreign markets to function, as well as the expendable production of munitions. Should they wish to take the other route, and ramp up the imperial bloodletting, the war weariness of the American populace, due to nearly 20 years of constant war once more stifles them, and accelerates the inevitable collapse.

Covid-19 has been particularly disastrous for the United States. It is obvious to all that the US was unable to handle the pandemic for a plethora of reasons.

Firstly, the private healthcare system in the US proved woefully inadequate in its response to something that required massive levels of coordination.

Secondly, the confederacy in the US – no not that kind – led to problems and inconsistencies with how individual states handled the crisis.

Thirdly, and most obviously, the leadership was dreadful. The lack of a lockdown, the proliferation of QAnon conspiracies, the finger pointing at China, instead of coming up with a viable strategy made the US uniquely vulnerable to the worst consequences of the virus.

A Biden administration will have its work cut out to rebuild from this situation. The logistics of a vaccination rollout will be difficult enough in small countries that were not seriously affected, for example Cuba, nevermind a sprawling country with 330 million people, many of whom hold unscientific anti-vaccination views.

There is nothing a Biden administration can do to remedy what is already a nation in terminal decline. What we’ve discussed is fairly extensive, but believe me, it is just the tip of the iceberg. The US, without radical, systemic change, is doomed to fail.

This is the text of a speech from a debate hosted by The Phil and SOFIA – Society for International Affairs at Trinity College Dublin on 3 December 2020.