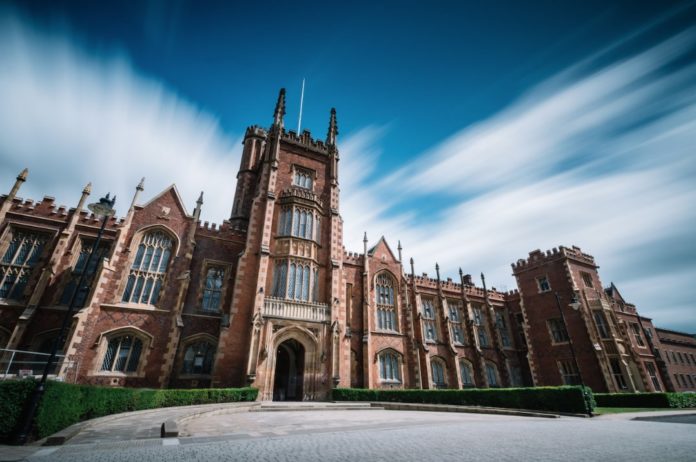 Unite Hospitality Union has called on Queen’s University Belfast (QUB) to act and to place student union workers back on furlough immediately. Many members of staff were removed from the government funded job retention scheme at the end of July and have not received any payments since. As a result of this decision all these workers are struggling to pay their most basic bills and rent.

The government-funded Coronavirus Job Retention Scheme was extended until March 2021. The scheme enables employers to lay off their staff temporarily while the government pays a percentage of staff wages. Workers from the Speakeasy bar on Queen’s campus were assured that they would return to work in August when their furlough ended in July. At time of writing the bar has yet to reopen.

Unite has reported that 65 per cent of workers on both zero-hours and casual contracts have accrued significant debt and a frightening 45 per cent have lost their accommodation and are technically homeless’. Many workers have had to borrow money from family and friends who no doubt are already struggling themselves.

As it stands staff have been left for four months without any wages. The majority of these workers are students who pay thousands of pounds in fees to QUB. It is shameful that QUB are doing nothing to protect them during a global pandemic. These workers have found themselves out of work through no fault of their own and QUB – as their employers – has a duty of care to ensure they are supported through this time of crisis.

On Thursday 3rd December hospitality staff from QUB staged a socially distanced protest where they clearly stated that there was no commitment to provide casual hours of work this year. In a statement Unite Union hospitality organiser Neil Moore described the response from QUB as “not only callous, but inexplicable – the university can access wage supports under the Coronavirus Jobs Retention Scheme without any cost to itself”.

He continued “students who are trying to work their way through college … can’t access income support benefits with many genuinely concerned that they won’t be able to continue into the next semester”.

QUB have cited the affected workers lack of eligibility for the scheme as the reason they were removed from furlough. However, Unite has challenged this claim and has issued a legal letter to QUB stating that the legal advice from the university is incorrect. As QUB is able to access the funds from the job retention scheme it’s difficult to understand where the problem lies. Unite hospitality stated that it was their understanding that HMRC were willing to receive and process a last minute application from the University.

Neil Moore from Unite hospitality made a statement to say: “It is not too late for Queen’s to do the right thing, furlough their workers and relieve some of the financial hardship our members had to endure.”

Ultimately there are several issues at play here outside the obvious issue relating to the removal of workers from the furlough scheme. That QUB has not stepped in to ensure that their workers at least have their accommodation protected is frankly appalling. That these workers must turn to friends and family who are undoubtedly struggling themselves is also worrying. How many do not have family or friends who are able to supply help and support?

Although QUB has stated that students can apply for a hardship fund it’s likely that there will be many hoops for students to jump through in order to avail of this. It is also unclear how long they will have to wait to receive funds. Once again, it is the working class who are suffering the effects of the economic repercussions of Covid. There can be no doubt that this situation is having a serious effect on people’s mental health as well as student’s ability to keep up with their studies. It is time for QUB to do the right thing and reinstate the furlough scheme to all affected workers and to backdate the pay from July 31st in line with the request from Unite. In addition to this QUB should also ensure that they support all those who have lost their accommodation and help them to find a suitable alternative as soon as possible.