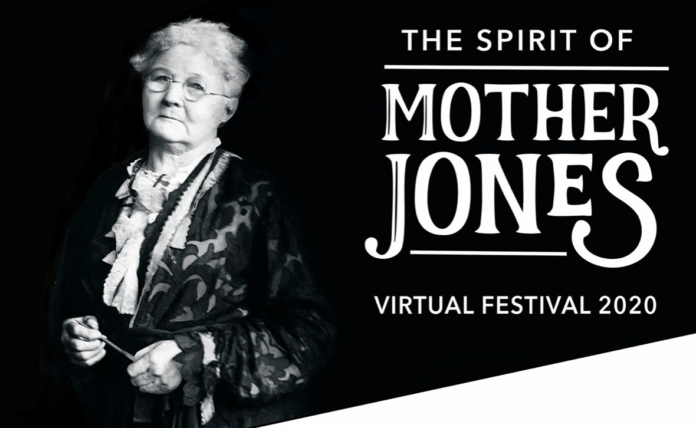 Stay up to date with LookLeft’s guide to the week.

This is a perfect week for anyone who is starting to get a bit restless and needs even more reasons to stay at home than protecting your loved ones from a pandemic.

History nerds in particular are well-catered for, starting with the Trinity Long Room Hub hosting a talk on the ‘migrated archive’ (known to us petty mortals as the 25,000 files illegally hidden from post-colonial governments for over 50 years). Next up there’s Fergus Whelan looking at the hidden origins of the United Irishmen in The King Killers of Pill Lane. After that, the Workers’ Party is hosting WW1: An Imperialist War, discussing the contribution of the colonies to the armies of empire, the full extent of the war beyond the Western Front, and the fate of empires after the war. The week will close out with Becoming Strangers? for anyone interested in the experience of Southern Protestants between 1900 and 1923.

Now on to the booklovers. As part of the Irish Author Spotlight series Connolly Books is hosting talks with Conor McCabe (author of ‘Money’ and ‘Sins of the Father’) and Erin Darcy (In Her Shoes – Women of the Eighth). The Engels Bicentennial Bookclub will see Tara Brady introducing Engels’ seminal text ‘The Origin of the Family, Private Property and the State’.

Getting back to the theme of the pandemic, People Before Profit has organised a meeting to discuss the fight for proper pay for student nurses and their Campaign for an All Ireland National Health Service is hosting a Healthcare Workers Organising Forum. Along a similar theme, the ESRI’s Environment, Health and Wellbeing Conference will hear the results of the most up-to-date pan-European assessment of environmental challenges to our health and wellbeing. If the pandemic has led you to thinking more about housing, the Raise the Roof coalition has a How to Solve the Housing Crisis webinar on Friday. MEPs Clare Daly and Mick Wallace will join the Communist Party to discuss the increasing militarism of the European Union and the US military’s use of Shannon Airport. In Knocking down the walls of secrecy the Irish Centre for Human Rights will look at the information and privacy rights of those affected by the institutional and family separation abuses in Ireland.

The Spirit of Mother Jones Festival is going online this year with documentaries, films, discussions, festival archives music over the weekend. While it looks set to be the type of event we need right now, it is tinged with sadness for the Lookleft team as this will be the first time the festival is held since the passing of John Jefferies, a founding member of the Cork Mother Jones Committee and a frequent LookLeft contributor.

SIPTU College is inviting applications from trade unionists to enrol on the ICTU/SIPTU Trade Union Studies Certificate programme offered in partnership with the National College of Ireland.

Due to Covid-19 restrictions Reclaim the Night Belfast will not be holding their usual march and rally on the last Saturday of November. Instead, as part of the 16 Days of Activism to end Gender Based Violence they’ll be showcasing a range of speakers on their social media, as well as some feminist music, comedy and spoken word. They’re asking supporters to get involved by sharing a picture or video with a Reclaim the Night message or chant. Don’t forget to tag the group in any photos.

There’s less of a theme to the Oireachtas’ work this week. The Dáil will have the Regulation of Lobbying (Amendment) Bill – second stage, a SocDem motion on the Greyhound Racing Board, and Sinn Féin’s Mental Health Parity of Esteem Bill 2020. Over in the Seanad they’ll be taking a look at the Health Insurance (Amendment) Bill 2020, Credit Union Restructuring Board (Dissolution Bill) 2019 and the Planning and Development Bill 2020.

And finally, the committees. They’ll be continuing their investigations into matters relating to the pandemic, with speakers to the committees including officials on the Pandemic Unemployment Payment, Minister English on the implementation of the Duffy-Cahill report, Dr Tony Holonhan and NPHET on responses to the pandemic, and others on the impact of the pandemic on dance instructors and on the challenges facing the Arts Council.

While those looking for some non-pandemic related entertainment will probably be drawn to the appearance of Eir on broadband and phone connectivity or of industry reps regarding the Marine Planning and Development Management Bill, it’ll be worthwhile to keep an eye on the Department of Housing discussing the Appropriation Accounts 2019. That’s where officials will explain how they said they’d spend your money and what they actually did with it in the end.