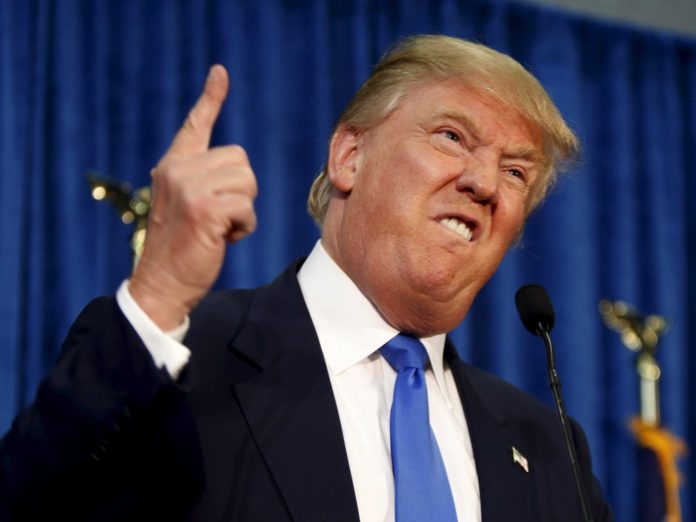 As Joe Biden inched closer to the white house President Trump proclaimed, that “if you count the legal votes, I easily win”. He accused the Democrats of trying to rig the election and alleged that there was “historic election interference from big media, big money and big tech.”

Trump’s conspiratorial claims have been widely refuted by the Western mainstream media who portray him as an irrational and sore loser. Be that as it may, considering the absurdity that is the U.S. political-economic system sometimes reaching for a conspiracy theory is the only way to make sense of the madness.

US politics are as complicated as they are absurd. The US was founded on the inequity of slavery, the expansion of the Anglosphere “lebensraum” and deep-rooted inequality which, as we can see in the recent black lives matter protests, still resonate to this day. The US, by contrast, portrays itself as the land of freedom, fairness and justice. The pride and righteous nature of American exceptionalism inspires the US to spread its democracy to the rest of the world, often through crusading and blood-thirsty means.

The absurdity lies in the gargantuan moral deficit that exists between the US conditions at home, and its ghastly actions abroad, compared to its pure self-mediated image. How can the U.S. and the rest of the world not sensibly square this moral deficit except by drawing on all manner of conspiracy theories, both rational and irrational?

Of course, it is hard to judge the veracity of a conspiracy theory considering their very nature is to hide the truth. However, looking at the U.S., recent history shows that several conspiracy theories turned out to be conspiracy facts.

Regarding US actions abroad the most well-known former conspiracy theory (that won’t get you put in a straight-jacket for mentioning it) is that of the false weapons of mass destruction (WMD) claims that led to the illegal invasion of Iraq.

With this in mind, how can we balance the claim that US-based liberal-democracy acts in accordance with the will of the American public? If we are to actually believe the ideological line, that the US follows the will of the people, then the startling truth, by extension, is the US public are to blame for the mass suffering caused by the US policy of permanent war!

Demonising a mass of people in this way, as we have seen in the past, leads to tragic consequences. At any rate, regarding the WMD claims, there was a concerted conspiracy to plant false evidence into an already complicit Western mass-media. These false claims were supported directly from within the Bush administration. Simply put, the US public were duped by a well-organized conspiracy. This conspiracy plays out daily as part of the ideology of US exceptionalism that propagandises US citizens to support the belligerent actions of an elite few.

Looking at the US election, itself, if Trump’s conspiracy claims about the election being rigged, is right, it wouldn’t be the first one. The Bush Jnr vs Gore election was surrounded in controversy as Bush’s brother Jeb Bush, governor of Florida disenfranchised minority voters who would have voted for Gore.

Elections being rigged through ballot manipulation is a small time “banana republic” play. The sad fact is the US election is rigged at a far more fundamental and systematic level that is common amongst many “developed” liberal-democracies.

The choice of only two likely candidates is rigged from early on, with real progressives like Bernie Sanders, who wish to work for all, being pushed out through “democratic” means. By contrast, Joe Biden and Donald Trump – despite their superficial differences – primarily represent the interests of the billionaire class who have both bankrolled Biden and Trump.

Michael Bloomberg, Tom Steyer and George Soros are Biden’s three biggest benefactors. Of course, Trump already is a billionaire but the Republican’s party’s coffers are buttressed by Sheldon Adelson, the billionaire founder of Las Vegas Sands and industry giants such as General Electric Corp.

Unfortunately, the election is a flashy and cleverly orchestrated show that gives the voter the illusion of choice when in fact both candidates represent the same constituency: the one-percent. Consequently, here lies the real conspiracy. Neither candidate represents the wishes of the US public. It is this fact which squares the violent undemocratic actions of the US state around the world.

Both candidates will, no doubt continue to, follow policies of global war which have led to decay at home, in the US, while all the while the mass-media – which represents these same elites – distract the ninety-nine percent by constructing foreign bogey-men to blame their domestic woes upon.

The genius of Trump, if you can call it that, is that as a billionaire insider he is well aware of the rot within the US elites but nevertheless has a “white trash” mentality which connects with many “disenfranchised” poor whites. Hence, he has been willing to call out some of the ills of the US system – ills like the fake-news spread by the mass-media – who he sees as the tool of a trans-national bourgeoisie, and who he calls the “globalists”.

However, the poverty of Trump is that despite his awareness of the deep corruption within the system he, being from a privileged background, has been unable to extradite himself from the “swamp”. He is unable to truly represent the working-man or to challenge the inordinate power that capital, both national and trans-national, has within the US state.

Furthermore, his willingness, and that of his administration, to fall into the trap of blaming foreign powers such as China, Russia and Iran shows that Trump is unable to see above the all-encompassing conspiratorial mass-media propaganda which Trump is so fond of calling out when it suits his purposes.

While I don’t know the validity of Trump’s electoral fraud claims, I do know that conspiracy is at the very heart of the US system both at home and abroad. In this sense,Trump is right about the election being rigged. Bt until the ninety-nine percent wake-up this is how it will remain.