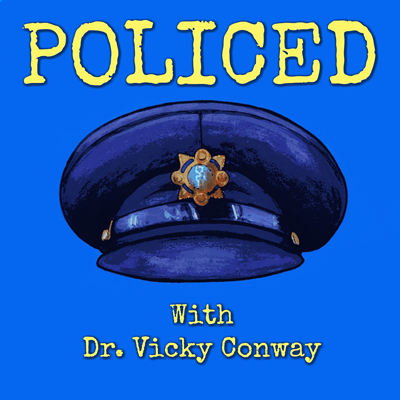 As they left the Garda station Oscar turned on his dad. Why hadn’t his dad collected him when the Guards first called? Oscar’s confused father showed the teenager his phone; the first call was only an hour ago. And that was when Oscar realised that Gardaí had left him in a station waiting for hours in the middle of the night without calling a parent or guardian.

“Children in Garda stations are in an incredibly vulnerable position,” says Professor Ursula Kilkelly. “And we know from research and the experiences of young people that their judgement is likely to be poor in that environment. They are likely to take decisions that are short-term in nature, for example, in compromising their own rights or positions to get out of the Garda station and so it’s absolutely vital that there’s immediate action taken to ensure that the necessary independent supports are available to those young people in Garda stations”.

Oscar’s experience of being unlawfully arrested, searched, and detained as a child is told in The Policed Podcast, which looks at the everyday stories of how people experience policing in this country. Policed is hosted by Dr Vicky Conway, who is a DCU lecturer and member of the Policing Authority. She served on the Commission on the Future of Policing, and wrote the book on policing in Ireland, aptly named Policing Twentieth Century Ireland.

As the use of the word ‘policed’ makes clear, this isn’t Morse or Brooklyn Nine-Nine. Episodes don’t start with what the Gardaí say happened. Instead, listeners hear about the Wheelock family seeing their brother Terence head out to buy a new paintbrush, noticing he didn’t appear home with his friends, hearing he had been arrested only minutes later, finding out he was in a coma in the Mater, and never giving up their fight for justice.

Each episode focuses on an individual’s experience with the Gardaí, told in their own words but pausing, where necessary, for Conway to delve into a particular aspect of a case with an expert or to explain why a point is important to understand. The mix of voices keeps the pace going, though it’s occasionally undermined by background music and sound effects, as if the producers don’t trust listeners to have the capacity for concentration.

Leaving the interviewees to tell their own stories gives the podcasts a naturalistic feel. The only exception were the episodes on the Sallins Train robbery. Perhaps because Osgur Breatnach has had to tell his story more often than most interviewees, the interview comes across as wooden. This is a shame because it introduces a new generation to the miscarriage of justice he was subjected to, as well as to the Heavy Gang and the Special Criminal Court.

Conway’s aim is to get people thinking and talking about policing in Ireland. What does it mean for a society when two episodes in a row include interviewees saying they wouldn’t call the Gardaí for fear that their presence would make things worse for the victim? What should listeners make of reports that an Garda Síochána’s insistence on using condoms as evidence of prostitution has resulted in undocumented sex workers not carrying condoms? And what about the ‘good’ Gardaí who are unable to do the right thing because of existing structures?

In a welcome departure for Irish podcasts, Policed has decent quality audio, is confident in the stories it tells, and knows how to get the point across to those who most need to hear it. Conway gives flesh to the bare bones calls to ‘do something’ about the Gardaí in a manner that’s accessible, making the proposals seem not just understandable but sensible. Irish podcasters, please pay attention.

If you only listen to one episode: Episode 1 Migrants