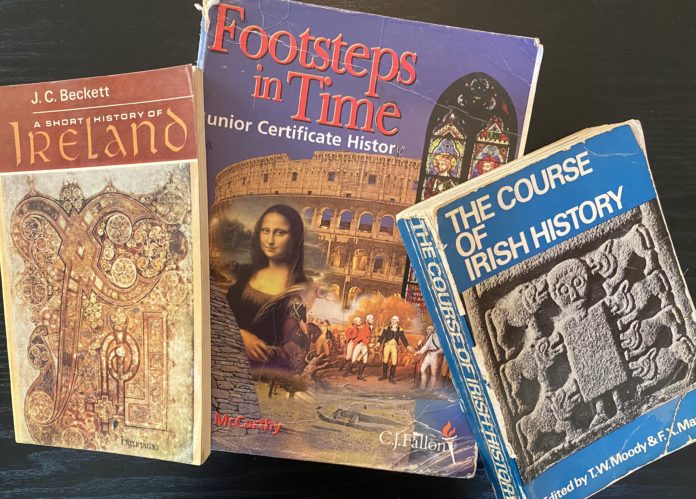 Snubbed, excluded and hidden away – here’s 9 figures from Irish history worth remembering (and definitely worth sneaking into your next Zoom quiz).

Despite the best efforts of the Catholic Church over the last 1700 years to suppress (or divert) the instinct, Ireland loves a good matriarch. The best embodiment of this conceit is Gráinne Mhaol, the pirate queen who commanded armies over land and sea.

Mhaol was not just a pirate but an important political figure of the sixteenth century. She met rival pirate-queen Elizabeth I – if you don’t believe the piracy, ask the Spanish – and negotiated the security of Umhaill, an autonomous enclave in Mayo where the Irish language still survives. Grainne Mhaol may have been snubbed and excluded from canonical Irish annals but she won’t be forgotten from the annals of history.

A founding member of the Irish Anti-Apartheid Movement and volunteer with the Irish Family Planning Association throughout the 1960s, there is a lot to say about Nora Harkin. She was born into poverty in Donegal in 1910. Her husband Charlie Harkin co-founded the Republican Congress, of which Nora was an active member. A committed socialist, she was a member of the Spanish Aid committee to raise funds for communist volunteers during the Spanish Civil War. She was a singer and an actress with the Peacock Theatre throughout the forties and fifties. She founded the Ireland-USSR Society in 1966 which helped the two countries establish relations. If you want something done ask someone who is busy!

Though famed for her fierce fighting style, her sole femme status, and body armour, little is known for certain about one of the most powerful Irish women of the 13th century. The following sentence gives some sense of the castle she left behind:

“Third, castles are popularly if somewhat unconsciously gendered male, and no Irish castle would seem to be more masculine, more testosterone-fragranced, than Roche, and yet it is the only thirteenth-century castle in Ireland, and one of the few in Europe, of which construction (as distinct from erstwhile custody) can be attributed with confidence to a woman.”

You know Wolfe Tone, you probably know Robert Emmet, and you might have come across Henry Joe McCracken. However, James ‘Jemmy’ Hope is another great socialist and Protestant revolutionary who is too overlooked. Hope was born in Templepatrick, near Belfast, and was exposed to religious division all his life. Hope rejected sectarianism saying:

“These are my thoughts, nor do I think I need

Perplex my mind with any other creed.

I wish to let my neighbour’s creed alone

And think it quite enough to mind my own.”

Hope was involved with the Irish Volunteers and later the United Irishmen. He was sent to Dublin to recruit working class men into the United Irishmen. After the failure of the 1798 rebellion led by Tone, Hope and Robert Emmet  immediately started reorganising for a second rebellion against British rule in 1803. Once again, Hope survived but his comrades were captured and killed. Hope managed to escape and live out his life in England. He said that “It was my settled opinion that the condition of the labouring class was the fundamental question at issue between the rulers and the people, and there could be no solid foundation for liberty, till measures were adopted that went to the root of the evil”. So yeah, he was a red.

Born Lawrence Carol in 1856, the Irish born Dhammoloka played a significant role in the Buddhist revival. Dhammoloka arrived in Rangoon, Burma in the late 1870s and began work as a clerk before becoming a Buddhist monk in the 1890s. Dhammoloka, also known as “the Irish Buddhist”, criticised the Christian missionaries for being a threat to Burmese culture and religion. Dhammoloka published numerous works on atheism and critiques of Christianity.

In 1902, Dhammoloka confronted a British Indian police officer for wearing boots into the temple. The British colonial forces attempted to have Dhammoloka convicted for sedition but this failed, adding to his popularity amongst the Burmese. He was later convicted on two lesser charges of sedition. This was historically significant as it was one of the only times a citizen from Britain and Ireland was ever charged of sedition. Sadly, Dhammoloka disappeared during the First World War. His fate remains unknown.

The Hibernian Antislavery Association was founded by Allen, Haughton, and Davis Webb in 1837. While this was not the only Irish antislavery society, it was said to be one of the most active and radical. Prior to their involvement in abolitionism, the three founders were part of the temperance movement to have alcohol banned, which they believed to be a social ill on the poor. Allen, a Quaker, served as the secretary of the society. In 1847, he raised £20,000 in famine relief for Ireland.

Webb and Allen were among the Irish delegates at the first Anti-Slavery Society conference. Webb made the arrangements for American abolitionist and former slave, Frederick Douglass, to visit Dublin. He earned praise from Douglass for not being afraid to criticise his views.

Carlow-born James “Vegetable” Haughton was regarded as the most eccentric of the three men for his views on vegetarianism. Haughton not only opposed the consumption of meat for ethical reasons but also held “that the wealth of the community would be largely increased, as the earth would supply vegetables and farinaceous foods to support a much greater population at less cost”. Haughton would go to be president of the Vegetarian Society (UK) in the early 1870s until his death.

On 8th September 1781, Tony Small escaped slavery from his American owners when Britain regained control of Georgia and South Carolina. Small came across a wounded British soldier, Lord Edward Fitzgerald. Small carried Fitzgerald back to his cabin to treat his wounds, saving his life. In return, Fitzgerald offered Small to come back to Ireland with him and work as his paid servant. Small lived with Lord Edward in Leinster House (now the Dáil and Seanad) and married another servant, Julie. In 1798, Tony Small fought with United Irishmen alongside Fitzgerald, Wolfe Tone and Robert Emmet.

Small moved to London with his wife and children after Fitzgerald’s death, but remained in touch with Edward’s family.