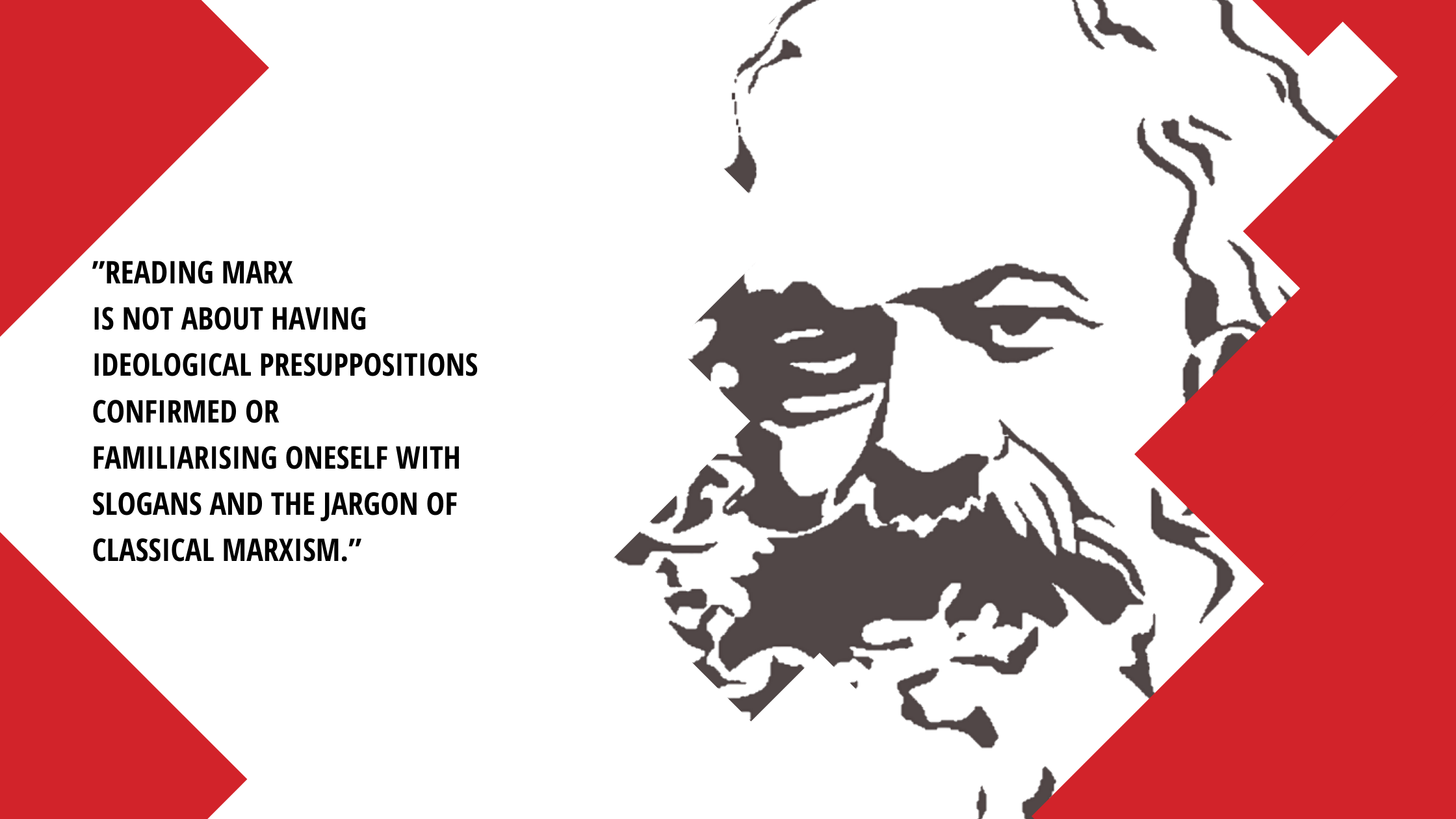 Finding unexpected inspiration in the translation of a forty-year old book, Sean Sheehan reviews “Marx: Towards the Centre of Possibility” by Kōjin Karatani.

On the face of it, a book written more than forty years ago by a Japanese scholar does not grab you by the throat if you’re waiting to be spurred into reading Marx. But Marx: Towards the Centre of Possibility by Kōjin Karatani has now been translated into lucid English and it stimulates the intellect in ways that potted summaries of Marx so often fail to do.

Reading Marx, reaching towards the centre of possibility in his work, is not about having ideological presuppositions confirmed or familiarising oneself with slogans and the jargon of classical Marxism. In the times we now endure, left-field readings are needed, imaginative and exploratory ones that challenge the tired clichés of critics who declare Marx a dead and stuffed emblem for totalitarian horrors of the past.

Karatani finds in the structure of language an insight into Marx’s logic of profiteering capital. Words, for instance, possess no intrinsic meaning, something the tourist abroad comically fails to realize when repeating words ever more loudly in order to be understood. The meaning of words depends on the system within which they are operating. No one loses their livelihood because of redundancy in a poem but they do if it happens in a workplace. An example from Marx is a ‘king’: possessing meaning, being a king, not because of his innate properties but because he is treated as one by people.

Money, like words, has no absolute value and depends on its relations within the system of exchange that operates in the capitalist economy. What is said in Capital of the commodity– something seemingly obvious but actually ‘full of metaphysical subtlety and theological perversities’ – is true of money because it is itself the commodity at the centre of the economy’s chain. Its aura fetishizes everything with a measure of innate worth, an absolute, disguising the human labour that goes into the making of other commodities.

Surplus value arises through the exchange process, the margin of profit arising from the purchase of labour power as a commodity in one system and the selling of the commodities thereby produced in another system. The money-form enables this and, for Karatani, there is a mystery to the way labour power is purchased in a seemingly open and equal system – the worker is not compelled to produce, as under feudalism or slavery – but in the end becomes part of an unequal exchange. The two systems look equal but are as different as – even though the same word is used – a landlord ‘renting’ a property and a tenant coming to ‘rent’ it.

Karatani is interested in Marx’s development from early writing like the early1844 Manuscripts and The German Ideology  Capital. In his early work, fascinating though it is, the phenomenon of economic crises is absent; in Capital, far from being a state of exception, a crisis reveals the lack of absolute value as relations of exchange break down. Commodities lose their value and, akin to the psychoanalytic process, capitalism’s unconscious is revealed.

Classical Marxism positions the forces and relations of production as the economic base that determines what is built over it, the ‘superstructure’ (culture, politics, the media, and so on). Karatani, not alone in seeing that this lends itself to a crude economic determinism, sees money and the system of exchange as the economic base. He also comes to reject Marx’s theory of alienation because of the way it can be reduced to the level of bourgeois humanism (from business management programs to literary critics, the term is happily co-opted).

Karatani is alert to what makes Marx such an original thinker, quoting his phrase that ‘the anatomy of man is a key to the anatomy of the ape’. He uses it to argue for the primacy of Capital, the key to the other texts, and to reverse predictable narratives about the evolution of humanity. The commodity, he says, is ‘not something primordial, stemming from primitive society, but precisely the commodity within capitalist society’. It is mysterious, ‘full of metaphysical subtlety’, but ideology makes it seem natural.

Karatani went on to work on a substantial book about Kant and Marx. Kant is the philosopher who wrote: ‘In the realm of ends everything has either a price or a dignity. Whatever has a price can be replaced by something else as its equivalent; on the other hand, whatever is above all price and therefore admits of no equivalent, has dignity.’ This is the sort of centre of possibility that Karatani is reaching towards.