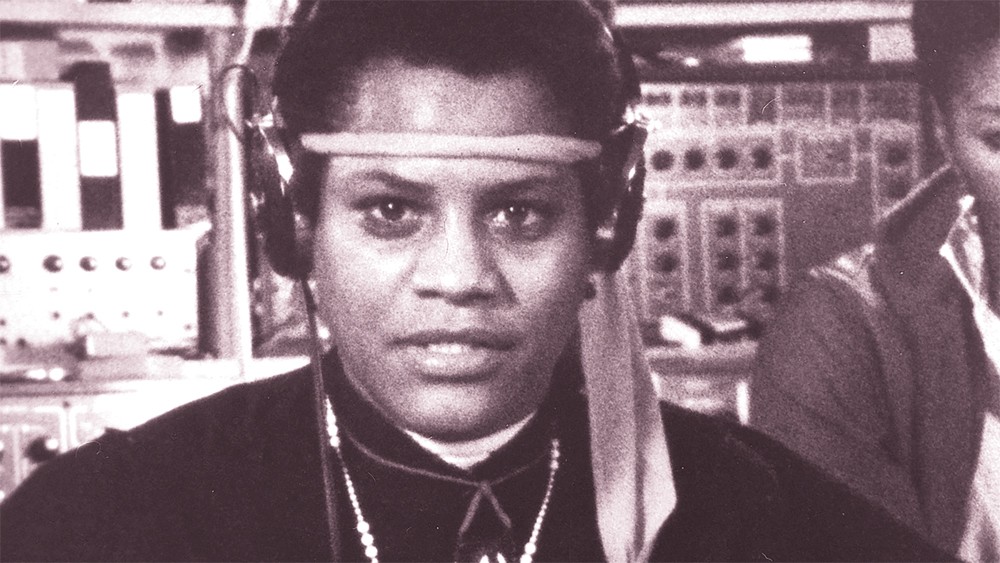 Made during the early Reagan years, Lizzie Borden’s first feature film is a revolutionary marvel. A product of New York’s no-wave scene, it’s guerilla-shot, quasi-documentary, speculative science-fiction agitprop is calibrated to send the viewer into the streets to overturn cars or, more likely, to raise their own Marxist-feminist militia army. Its feminism shares the same DIY communal spirit that produced the seminal Our Bodies, Our Selves. Its politics have few if any precedents in American cinema.

Set ten years after a ‘Social Democratic War of Liberation’, Born in Flames opens at a moment of counter-revolutionary fervour. Attempts at equal employment strategies, under the “workfair” programme, has sent disgruntled men onto the streets, pitches the sexes and blacks and whites against one another. The media is starting to fret about “oversocialisation”. A women’s army has been raised to tackle rapists in flying, whistling columns. Even less radical females, however, are no longer willing to wait until the government achieves economic stability. They are organising. They are taking to the streets. They are hijacking the airwaves.

Furious debates play out on two pirate stations, Phoenix Radio, hosted by Honey (played by herself), and Radio Ragazza, hosted by Isabel (Adele Bertei). “We are all here because we have fought in the wars of liberation,” says Honey. “And we all bear witness to what has happened since the war. We see the oppression that still exists both day and night. We are the children of the light and we will continue to fight not against the flesh and blood but against the system that names itself falsely. For we have stood on the promises far too long now that we can all be equal under the cover of a social democracy. Where the rich get richer and the poor just wait on their dreams.”

New York has a black mayor and America has a socialist President. Polite noises are made about paying women for housework, a move to appease an increasingly pissed off and betrayed gender. But the patriarchy hasn’t gone away you know. Women and persons of colour are still waiting and demanding: “There can be no socialism until we are all represented in government.”

“We have stood on the promises far too long now that we can all be equal under the cover of a social democracy. Where the rich get richer and the poor just wait on their dream”

A news report on the Women’s Army notes that the authorities are seeking any information and “…maybe even their telephone numbers.” When Adelaide Norris (Jean Satterfield), a black lesbian feminist and the de factor leader of the Women’s Army commits suicide in police custody, her comrades suspect foul play.

Indeed, it’s hard to choose a favourite speech from the incendiary, eminently quotable script but a lesson on left unity from Flo Kennedy’s character Zella is rather compelling: “There’s always talk about unity; we need unity, unity, unity. But I always say, if you were the government, and you had guns, which would you rather see come through the door: one lion, unified, or five hundred mice? My answer is the five hundred mice can do a lot of damage.”

Available on Roku and Apple TV for the princely sum of 99 cents and worth a price above rubies, here can be found words to live by: “Black women, be ready. White women, get ready. Red women, stay ready.”