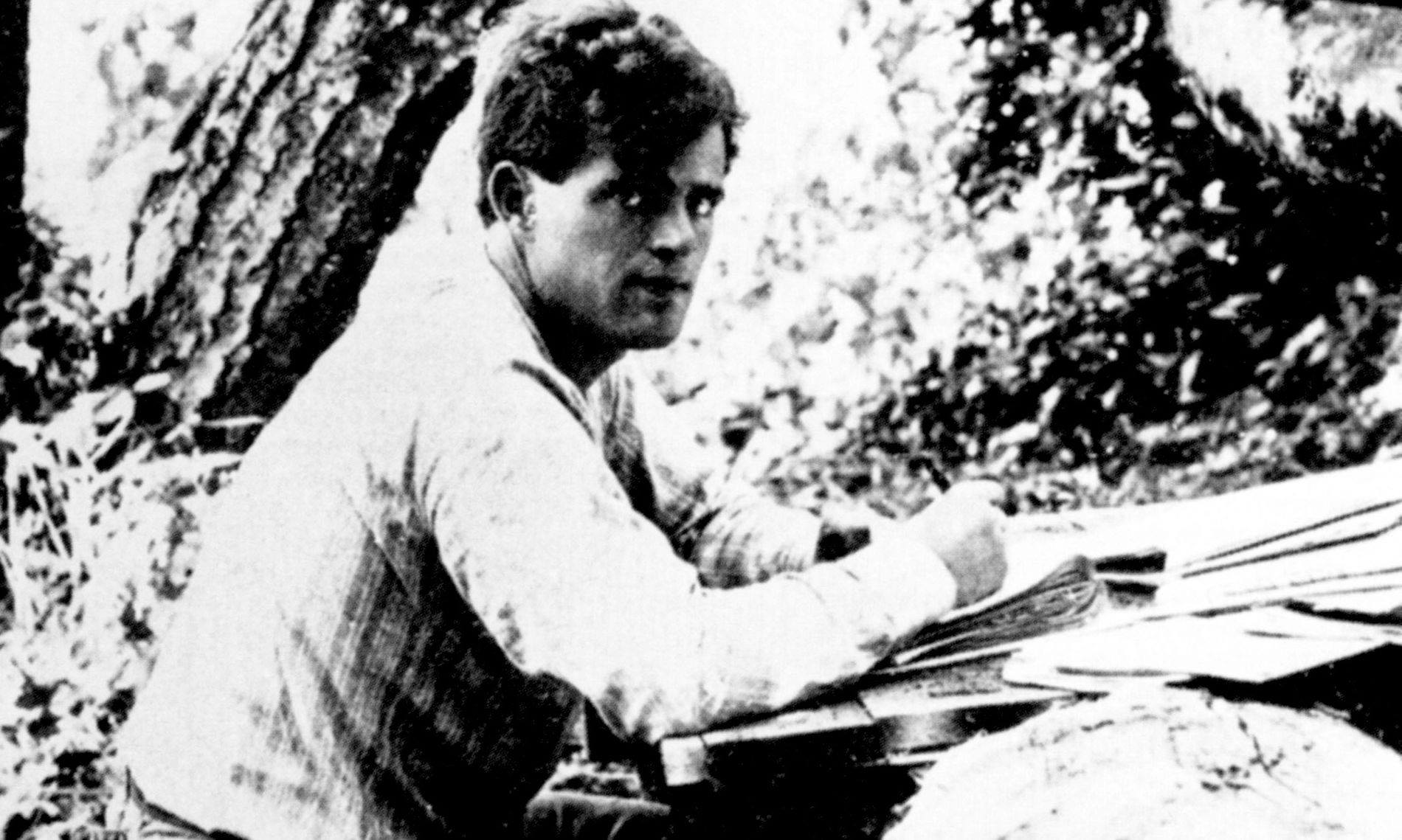 There has been revived interest in America’s most successful socialist author in recent months, as lockdown readers took note of Jack London’s The Scarlet Plague. “To revisit The Scarlet Plague now, in the midst of the COVID-19 crisis, is to marvel at how much London understood—a century ago—about the challenges facing Californians now,” wrote journalist Joe Matthews in  Zócalo Public Square last month. In London’s pandemic tale, the titular illness breaks out in the summer of 2013, a time when the US president is appointed by a “board of magnates”. Within days, all societal structures are reduced “to foam” and the narrator, a Berkeley professor of English literature, is one of only a handful of survivors having chosen to self-isolate.

London had undoubtedly schooled himself in contemporaneous work on pathogens by scientists such as Louis Pasteur (1822–1895) and Robert Koch (1843–1910). How the adventurer and writer hit upon the eerie prescience of The Iron Heel, however, is harder to ascertain.

The dystopian novel, first published in 1908, begins in the year 2600 A.D. – or 419 years into the era of the Brotherhood of Man – when a scholar discovers an unfinished manuscript written centuries before by Avis Everhard, the wife and cadre of revolutionary leader Ernest Everhard. Avis’ father, a Stanford professor, is immediately taken with Ernest, a charismatic labour leader. Avis herself is slower to come around to the romantic revolutionary and his bleak account of the exploitation of labour and a predicted future under the jackboot of an oligarchic dictatorship, known as the Iron Heel.

The Everhard manuscript covers the years 1912 through 1932 in which the Iron Heel comes to power, years characterised by socialist cells, counterespionage, and crushed insurrection, powered along by London’s consummate gifts as a storyteller.  (Even the footnotes are delightful.) Marx’s theory of surplus value has seldom sounded so swashbuckling as it does in Ernest’s mouth.

“I have demonstrated to you mathematically the inevitable breakdown of the capitalist system,” he announces to a gobsmacked gathering of middle class businessmen in chapter nine. “When every country stands with an unconsumed and unsalable surplus on its hands, the capitalist system will break down under the terrific structure of profits that it itself has reared.”

Many of the early chapters are composed in the manner of chapter nine’s ‘mathematical dream’. Just as the New Testament’s Sermon of the Mount is built from blocks of narrative and discourse, The Iron Heel is Marxist theory, dashingly delivered, and then admired by the adoring Avis.

“There are glimmers of hope in Avis’s increasingly brutal manuscript”

There are glimmers of hope in Avis’s increasingly brutal  manuscript. War between the US oligarchs –  in possession of a surplus – and Germany is averted by a General Strike in 1912. Few, however, are not crushed by the Heel. Various trusts hoover up and bankrupt small businesses. Socialist converts, including Avis’s physicist father and a conscientious bishop, are destroyed, both socially and economically, by agents of the ruling class. Mercenary armies mow down dissenters. Ernest and Avis watch trains packed with slave labourers en route to a ruined Chicago so the passengers might replace those lost slaves in an ill-fated rebellion.

Mid-twentieth century readers might have consoled themselves that London was wrong about the monopolistic trusts. They might have noted the advances labour made under the New Deal. The contemporary reader, however, will see parallels between the Iron Heel’s retaliation against the General Strike and various CIA coups, notably in Chile and Venezuela. They will note the current stripping of labour rights, the shrinking ‘middle class’, unbridled economic disparity, and the emergence of newer, grander monopolies, far beyond the Trusts described by Ernest Everhard.

“Do you remember how, in six months, the Tobacco Trust squeezed out over four hundred cigar stores in New York City alone?”, he says. “Where are the old-time owners of the coal fields? You know today, without my telling you, that the Railroad Trust owns or controls the entire anthracite and bituminous coal fields. Doesn’t the Standard Oil Trust own a score of the ocean lines? And does it not also control copper, to say nothing of running a smelter trust as a little side enterprise?”

There is, too, an accidental (and chilling) consideration of the contemporary echo chamber facilitated by social media.

“Each of you dwells in a cosmos of his own making, created out of his own fancies and desires,” explains Ernest. “You do not know the real world in which you live, and your thinking has no place in the real world except in so far as it is phenomena of mental aberration.”

The end times brought about by the Heel’s suppression looks chaotic and Abrahamic. Terrorist sects with names the ‘The Valkyres’ abduct and torture; religious sects like the ‘Wrath of God’ fragment the resistance.

Though it has been adapted twice for the screen in Russia – in 1919 and 1999 respectively – The Iron Heel is not as well known as London’s wonderful dog stories, The Call of the Wild and White Fang. But it’s the romantic, dystopian account of historical materialism you need in your life right now. The book is in the public domain and is available at Project Gutenberg; the audiobook is available through LibriVox.