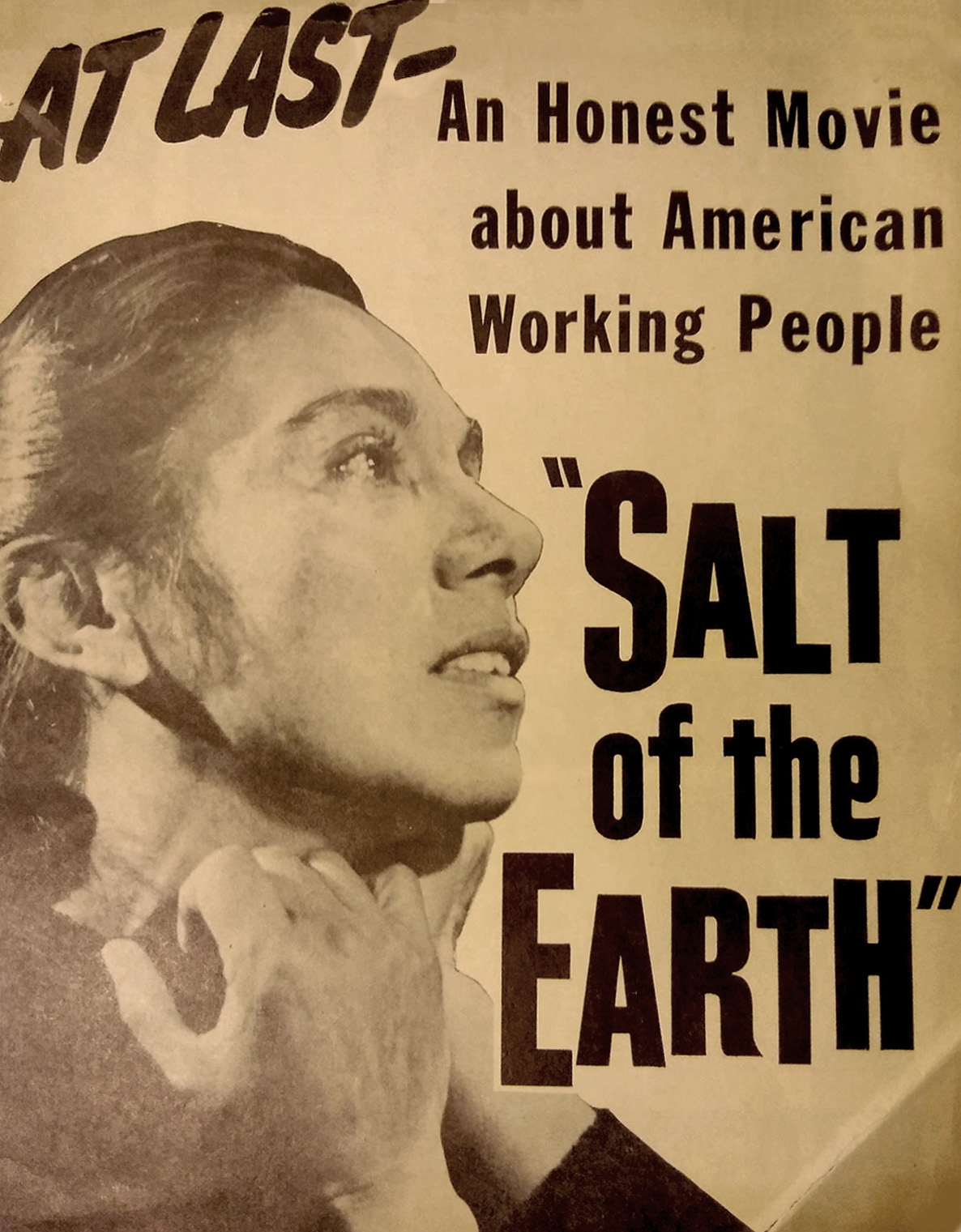 In this week’s Cultural Marxism Graham Seely provides cultural alternatives for socially (and budget) conscious lefties bored of Netflix’s homogenous and bland style and unwilling to prop up the Bezos behemoth.

As workers emerge blinking into the phase 2 sunlight, online streaming platforms will be lamenting the loss of an unprecedentedly large captive audience. With familiarity breeding contempt, and the looming post COVID recession, jaded viewers may soon start looking for alternatives to the major platforms. People on the left in particular would also be justified in the belief that the major corporate streaming sites neglect their interests.

Netflix, still by far the most popular platform, has gradually shifted away from acquiring older films in favour of self production, with classic, experimental and foreign language films losing out in particular. While their library still has a lot to offer, the non-fiction in-house style has become homogenous and bland. Their documentaries increasingly lean toward a liberal, reformist view that eschews radicalism both aesthetically and politically, with a primary focus on individual miscarriages of justice rather than in-depth structural analysis. Class politics takes a back seat in favour of milquetoast musings on corporate malfeasance, conspiracy theories, and, of course, an endless parade of serial killers. The revolution, it seems, will not be streamed on Netflix.

What about the alternatives? Amazon Prime, despite its extensive and eclectic library of classic and independent titles, is not an option for the many who are unwilling to prop up the Bezos behemoth and its despicable workplace practices. Similarly, viewers searching for a materialist critique of neoliberalism are unlikely to find it on Disney Plus. Mubi, with its curated programme of international and classic cinema, is undoubtedly the most Marxist friendly of the lot, but its limited library and esoteric selections mean it’s unlikely to serve as a one stop shop for most, despite its 10euro a month subscription fee.

So, where does the socially (and budget) conscious leftwing viewer get their fix? Surprisingly, the answer lies in that repressed id of the internet; YouTube. Hidden deep beneath the fashion vlogs, computer game streams and Ben Shapiro montages there’s a mine of films uploaded in their entirety. There is huge variance in quality, with films often incorrectly labelled, badly subbed or missing entire scenes. It’s also important to remember that piracy hurts workers in the film industry, so try and focus your efforts on finding older, copyright free, or obscure films that are difficult to source elsewhere. To start you off, we’ve compiled our list of five free films on YouTube for the discerning dialectician.

Salt of the Earth

As an unashamedly Marxist work of socialist-realism, Salt of the Earth is an anomaly in American cinema. The setting is 1950s New Mexico. Mexican-American mine workers are treated as second class citizens; paid less than their “anglo” counterparts. Their wives toil at home raising children in appalling conditions, neglected by their husbands, the mine owners and the state. Living in company owned housing, on land once owned by their forefathers, and stuck in a perpetual cycle of debt, rumbles of dissent murmur through the mines.  When the workers organise and demand better pay and conditions, the mine owners refuse to negotiate, prompting a long, bitter strike. After several months  a court injunction outlaws the strikers picket  (gleefully imposed by the police, depicted here as lackeys for the bosses), prompting the women to exploit a loophole by continuing the picket in their husbands’ places.

Funded by the International Union of Mine, Mill and Smelter Workers, and with a cast and crew  made up largely of blacklisted victims of McCarthy’s witch-hunt, it’s not surprising that the film takes an overtly pro union, pro-worker approach to class politics. More surprising for its time is the elegant intersectionality of gender, ethnicity and labour issues: if the men can’t accept women as their equals, why should they expect equality with their white co-workers? The mixed cast of blacklisted Hollywood professionals and real life union activists is headed by Rosaura Revueltas, who gives a towering performance as Esperanza, the melancholic housewife whose burgeoning class-consciousness and feminism galvanises the workers towards victory. As the ultimate demonstration of the film’s militant power it was repressed for decades and denounced as ‘subversive’ by the US House of Representatives. I can think of no higher accolade.

A public act of police brutality launches a wave of protests as a once proud democracy lunges headlong into fascism. While not exactly escapist viewing at the moment, this prescient 1968 classic by Costa Grava retains its power and relevance over 50 years later. An urgent examination of political intimidation and suppression, Z explores in detail the lengths to which the capitalist state will go to silence an emergent leftwing opposition, and the intrinsic bond of fascism and thuggery. Although based loosely on the real life assassination of Greek politician Gregoris Lambrakis, there’s a timelessness and universality to the proceedings; this is also the story of Lumumba and Guevara, Hampton and Jara.

An Oscar-winning sensation upon release, Raoul Coutard’s kinetic photography and a stirring score by Mikos Theodorakis (himself imprisoned shortly after filming) propel the film with a drive and swagger more redolent of Scorsese or Sorrentino than your typical stuffy political drama. The opening slate brazenly declares “Any resemblance to real-life figures alive or dead is INTENTIONAL”. As America burns in protest, and far right thugs fight openly on the streets across Europe, the contemporary resemblance is all too clear.

Though best remembered today for the dizzying 1928 masterpiece ‘Man With a Movie Camera’, this film, made for the 10th anniversary of Lenin’s death, was Dziga Vertov’s most popular during his lifetime. In the absence of a conventional narrative, the titular triptych of songs act as a springboard for the film’s digressive structure.  The first part shows the literal and metaphorical lifting of the veil of religion. The second focuses on the death and funeral of Lenin, and the third on the enormous infrastructural projects undertaken in the years following.  While the hagiographical tone may grate with modern viewers, the film nevertheless serves as an evocative depiction of the remarkable industrial advances of the period; airplanes swoop overhead as tractors plough through land that was worked by hand only a decade before.

Typically of Vertov, montage is used in place of traditional structure to weave an associative, esoteric portrait of the Soviet collective. Uncommon techniques such as jump cuts, match cuts, time-lapses and superimpositions are utilised to create a unique, purely cinematic grammar. It’s a testament to the ambition and optimism of the early Soviet days that while Flaherty was still defining the fundamentals of the documentary format, Vertov and his comrades had already created the meta-cine essay. A brief glimpse of Roddy Connolly amongst the crowds in Petrograd calls to mind his father’s aphorism about revolutionary action in exceptional times. This is exceptional art in revolutionary times.

Although politically tame by his later standards, the roots of Jean-Luc Godard’s Marxist philosophy can be found in this early feature. Brechtian distancing technqiues and modernist intertitles punctuate the ostensibly simple story of Nana, a retail worker who spirals into debt and prostitution. Despite representing the physical manifestation of commodity exchange, Nana, as played by Anna Karina, is no mere cypher. Rather, she’s a mass of contradictions; energetic and despondent, independent and enslaved, ultimately aware of her commodification but unable (or unwilling) to break free. The metaphor of sex work as the basic condition of labour under capitalism would be explored again in Godard’s ‘Two or Three Things I Know About Her’ but not with such playfulness and joie de vivre. This is the first bona fide masterpiece of his career, incredibly he’s still knocking them out 60 years later.

The Price of Coal

For the last number of years Ken Loach has been involved in a game of YouTube whack-a-mole,  uploading his filmography only to have it gradually removed by the copyright holders. Of the few that have survived the purge, this two-part  TV film is the pick of the bunch. The second of four films in his fruitful collaboration with novelist Barry Hynes, this is comfortable territory for Loach: A cast of non-professionals populate a sullen Yorkshire landscape, debating industrial democracy in accents so thick they could insulate your attic.

It’s the year of the queen’s silver jubilee, and a planned visit by Prince Charles sends the pit-bosses at Milton Colliery into a flurry of excitement. Part One takes a wry look at the pomp and ceremony of the visit, with the mineworkers deployed to a series of increasingly absurd cosmetic tasks in anticipation; painting rusty cranes, planting flower beds and installing new signage. Some mild resistance is demonstrated when the paint is used to daub “Scargill Rules OK” in giant letters on the side of a building. A request to stop cursing goes gleefully unheeded. The longer second part, ominously titled ‘Back to Reality’, takes a darker turn as it’s revealed the money spent on the superficial improvements was originally intended for essential safety upgrades. A catastrophic accident traps eight mineworkers in the pit, and the gruelling rescue efforts, as well as the devastating impact on the workers’ families, are documented in masochistic detail.

Typically for the Loach/Hines collaborations, there is plenty of light amidst the gloom, which serves to make the didacticism more palatable for a broad audience. There is a poignancy hearing the workers talk with pride about the 1970 and 1972 strikes, unaware they will be trampled by the Thatcher government a few short years later. A minor entry in Loach’s filmography, which still puts it head and shoulders above most of the competition.