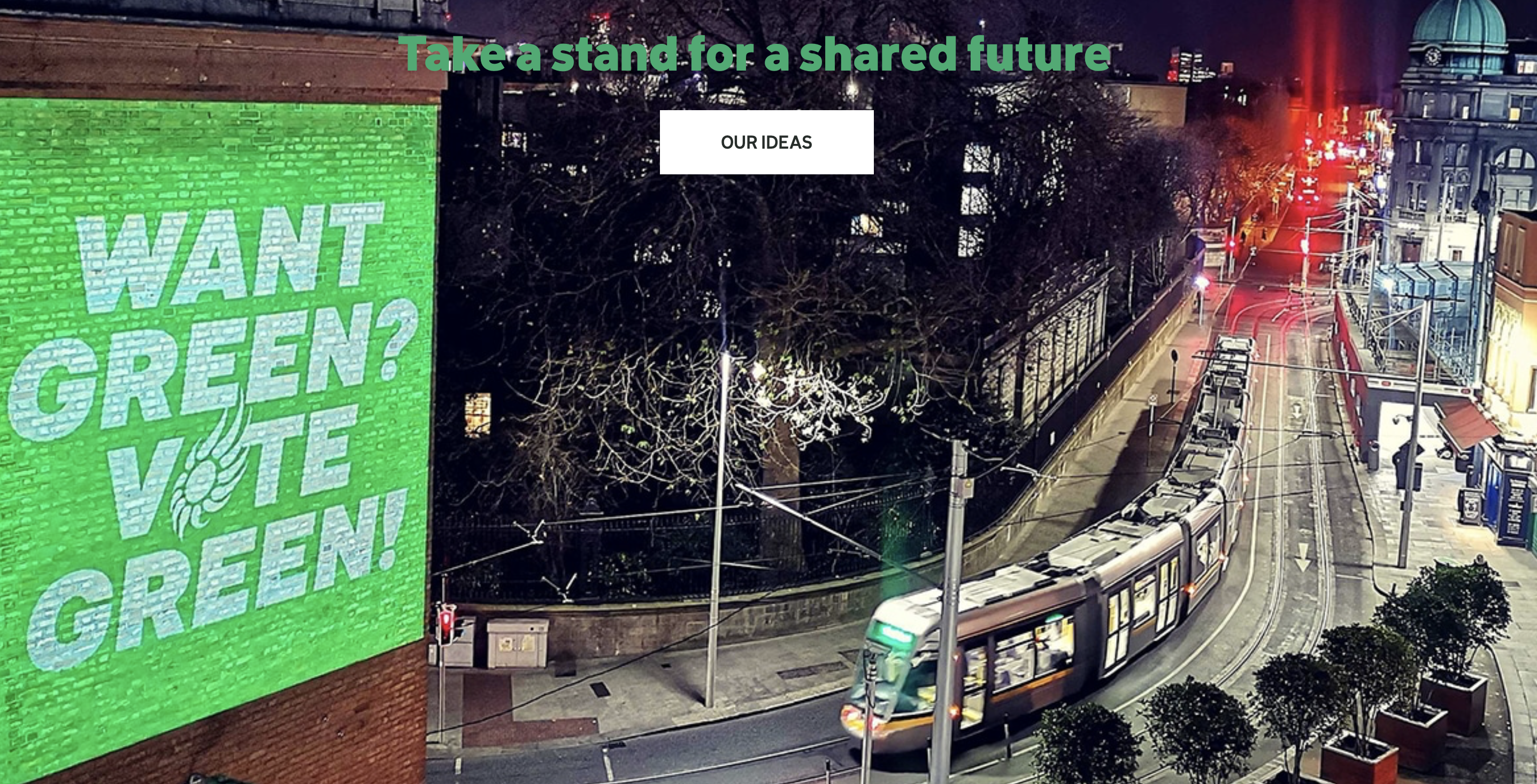 Michael Rafferty calls for the Green Party to demand a break from economic and political orthodoxy.

“Any proposal must be transformative on climate action and commit to strong progress towards a more sustainable and fairer society,” the Green Party said when it entered talks with Fianna Fáil and Fine Gael in early May. Even the most generous reading of the Programme for Government being voted on by Green Party members across the island this week reveals that neither objective was secured in any meaningful way.

The release of the document was trailed by an impressive media strategy and leaks describing somewhat nebulously the extent of concessions won by the Greens: a 7% annual reduction in carbon emissions, a ban on fracking, a referendum on housing and several other apparent major ‘wins’.

When it took until last Monday afternoon for a leaked version of the 139-page document to be confirmed as the final one, suspicions were already palpable that Green members were being ‘bounced’ into supporting the Programme hours before a web-based special convention to debate the contents last Thursday, with members voting this week.

Finally afforded the opportunity to interrogate the detailed product of lengthy negotiations against the optimism of the weekend press, the holes in the ‘transformative’ proposals began to appear: the 7% annual emissions to be paid for through regressive consumption taxes and through retrofitting of housing (cui bono?); the emptiness of a vague ‘right to housing’ referendum sometime in the future without any real departure from current housing policies or investment in public housing stock; the absence of any redistributive proposals which would tackle corporate tax-avoidance and chronic underfunding of public and health services.

The long document avoided the use of committal language in favour of mere intentions to ‘review’ and ‘consider’, carefully avoiding getting bogged down in the numbers that might demonstrate that it doesn’t add up to ‘strong progress towards a more sustainable and fairer society’.

The appendices showing the economic justification for the proposals, the statistical proof that they would achieve their objectives and not hit the poorest the hardest, the graphs showing that the climate data-modellers had crunched the numbers to ensure the policies were sound… weren’t there. The banal scientism of positivist economic data, a feature of many a greenwashed masterplan, would not be needed to sell this deal to the required two-thirds of Green members. Not just because it couldn’t, but because ‘there is no alternative’: rejection of the deal would lay the blame for the ensuing constitutional crisis at the Greens’ door, with an election nobody wants and further delays to the retirement holiday of a frankly inconvenienced Taoiseach.

The Green Party should use the opportunity it has to actually achieve what it wants, not choose from a severely limited menu of ‘no alternatives’.

The bottom line from the negotiations is that some transition (but not transformation) towards a low-carbon economy is possible within this financialised capitalist frame, but only if it co-exists with the continuation of tax-haven status for corporates, and only if the costs are borne by consumers, workers and renters—certainly not by industry. The overall economic model—which emerged from the Celtic Tiger period, survived austerity and a neoliberal ‘recovery’ since 2016—is sacrosanct. Those on high incomes can continue to dodge tax and extract rent; overdue investments are put off or downplayed, while the “just transition” is funded by anybody who works more than a cycle-ride from their home.

After some thirty years, it should be clear that the Irish version of neoliberalism cannot provide anything like a ‘just transition’ without major economic reorientation. Irish political economy shifted from modest state-entrepreneurialism before the Celtic Tiger to (ab)using Dublin as a magnet for attracting global financialised flows and service-firms. Now the Irish State badly needs to increase the scope of its role in its economy beyond being a carpet-bagger for transient corporate clients.

The Irish State was never at the races in terms of healthcare, infrastructure and housing even before austerity and could be overwhelmed by the coronavirus pandemic and its associated economic impact without a departure from the crisis-ridden ‘stability’ caused by building the national economy around a globally-relevant financial city.

The formation of a government in these unprecedented conditions ought to have been an opportunity to break with the neoliberal orthodoxy of the last three decades, but the Greens instead find themselves prevaricating over a very poor proposal. The ‘alternative’ is not just about which other parliamentary coalitions can be built from the February 2020 General Election result; it is about finding consensus outside the Civil War parties to deconstruct this low-tax monolith. Without this break, other trajectories for Ireland (green, eco-socialist, or other) will continue to rely on external events.

The Green Party should use the opportunity it has to actually achieve what it wants, not choose from a severely limited menu of ‘no alternatives’. That we need a ‘just transition’ is not in doubt—but it can’t happen without an abrupt rupture with the present neoliberal model. Few opportunities arise to do this democratically, but the Green Party holds one of them in its hands at this very moment.