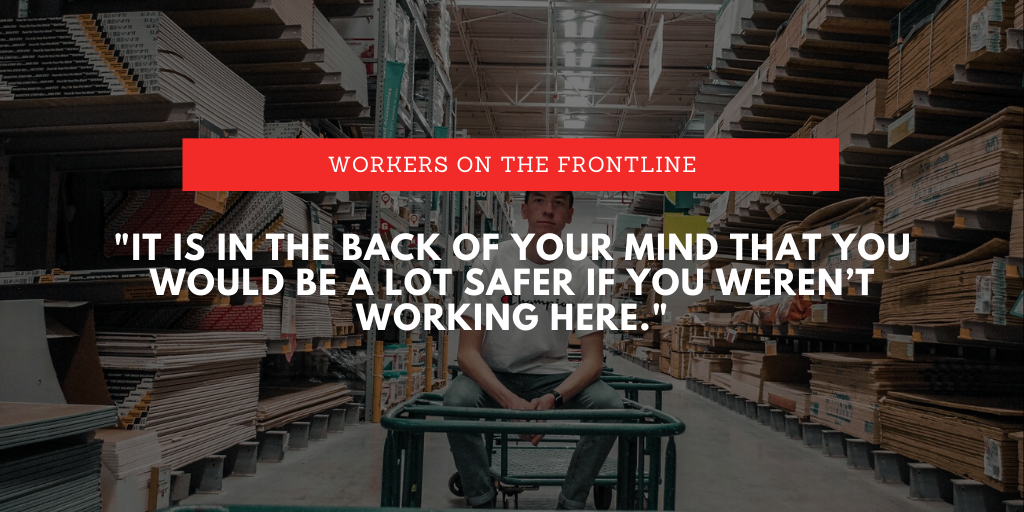 Despite upwards of one thousand deaths as a result of COVID-19, some employers continue to operate while completely snubbing public health guidelines.

One essential worker employed in a Dublin warehouse told LookLeft that social distancing and personal protective equipment (PPE) are “non-existent” in his workplace.

Explaining the lack of PPE, he said that workers are “not given masks or gloves or anything like that when they enter the warehouse”, and that if workers want to protect themselves they are told “bring it in yourself.” Only hand sanitiser is offered by the employer.

In addition, this worker claims that no efforts have been made to provide a safe working environment through social distancing, and that it “has not been mentioned once.”

“I’m not sure what to say other than that. You can make your own effort to social distance, but I don’t think I’ve heard it discussed or recommended. It’s non-existent.”

Many workers feel that they have no choice but to put up with these conditions despite the risks. “If I wasn’t working here, I would be at a lower risk of contracting the virus. I try not to let it linger on my mind. It’s just one of those things that I can’t exactly go in and change myself … unless I quit!” He laughs after finishing that sentence, showing how far-fetched the idea of prioritising one’s health can be to many workers.

He goes on to claim that “the fact that the government has to enforce the closure of places that refuse to protect their workers” goes to show “the callousness in the system, and we have to put up with that if we want to sustain an income.”

This general operative feels that he cannot raise the issue with his employer, presumably out of the fear of losing his job or receiving less hours.

“It is in the back of your mind that you would be a lot safer if you weren’t working here. It’d be nice to have proper PPE and all of the measures enforced. I feel I can’t bring it up for fear of upsetting or almost speaking out of place.”

He says that this is “not really much of a surprise”, and that “there’s many similar examples, even before the pandemic, of people working in dangerous conditions and not being able to speak up about it.”