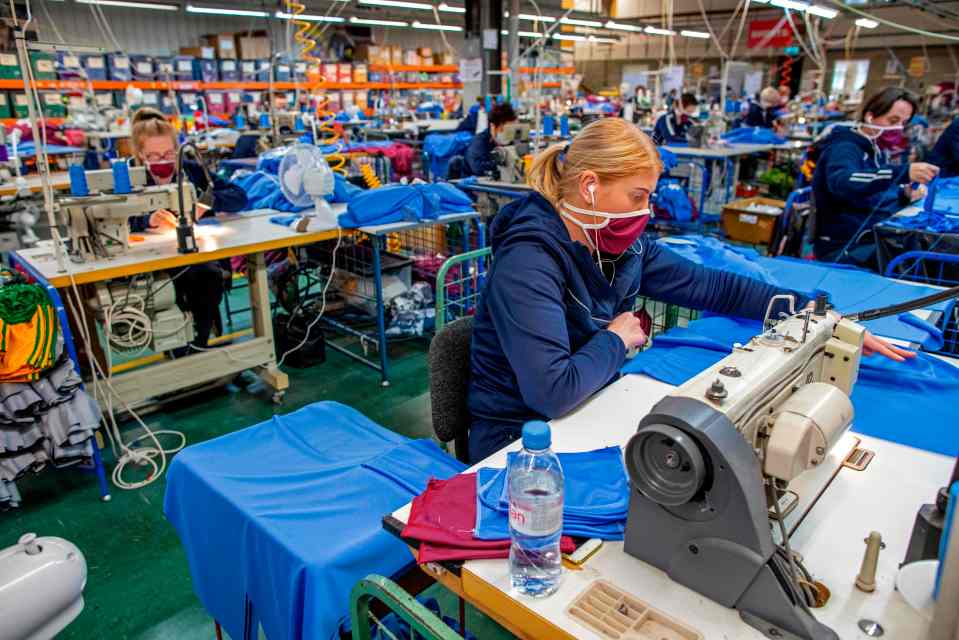 In the coming weeks it will be members of the working class that will be given the task of reviving the economy and society of Ireland. It will not be financiers moving money digitally, legal professionals or even tech sector programmers, working from the safety of their home offices that will be the key movers in bringing our country out of its Covid-19 induced hibernation.

Rather it will fall upon those involved in jobs that have always been the preserve of the working class to restart our country. It will be workers in factories, on construction sites or carrying out service roles who will join their many heroic colleagues, as well as health and emergency staff, who have never had the prospect of sheltering from the Covid-19 wave.

In order to successfully confront the looming threat of economic and social ruin, workers will have to return to their workplaces before medical advances or the cycle of nature have subdued the virus. This return, even with proper protection such as masks and the imposition of social distancing, as far as is practicable, will involve risk. Risk not only of exposure to the virus for the workers themselves but also their families and communities.

In the main it will not be the residents of leafy suburbs, areas that provide greater sanctuary, but people from more density populated working class districts  that will answer ‘Ireland’s call’, as the rugby obsessed spin doctors have termed it.

Workers will not shirk their duty to revive our country, North and South. However, it would be imprudent for those restarting the wheels of commerce to sit back and expect to be given their just reward. It has never happened before and will it be no different now, even accepting the public declarations of some senior conservative politicians that, in all but name, they have become late converts to socialism.

Rather, discussion must begin on how workers will be rewarded in the immediate term. This could be in the form of a ‘solidarity payment’ or consideration of other proposals that will benefit workers and their communities.

This must be the first stage in a wider rebalancing of our economy. A rebalancing which will finally  remove it from the staid grip of self-serving professional classes and mythical entrepreneurs, to one in which the interests of the real wealth producers are to the fore.

It is not enough to hope for fair play. In the wake of the financier driven economic collapse of 2008 the International Monetary Fund sought to impose a level of pain throughout all sectors of the economy in Ireland. While cuts to social welfare and other austerity measures were introduced the clauses within the IMF memorandum which would have scuppered the nepotistic workings of the professions were never implemented. The outworking of this much more severe crisis must be different.

However, it is impossible not to compare the position in the Republic with the much greater man-made tragedy unfolding in Great Britain. There was an outplaying of underlying class prejudices in the decision of a Tory Government and its scientific elite to contemplate a so-called ‘herd immunity’ approach. Such an approach accepted the possibility of hundreds of thousands of deaths within weeks in return for the prospective of a sharper but shorter economic impact. It is an approach which summoned up images of Colonel Blimps sending waves of working class Tommies to their deaths on the fields of Flanders. It would also have amounted to a complete repudiation of the proud socialist informed tradition of public health for which Britain was once famed.

It’s fortunately for workers that in the Republic the establishment have joined with us in the human struggle against Covid-19. However, it would be naive not to recognise the reality that their interests and those of workers will once again diverge.