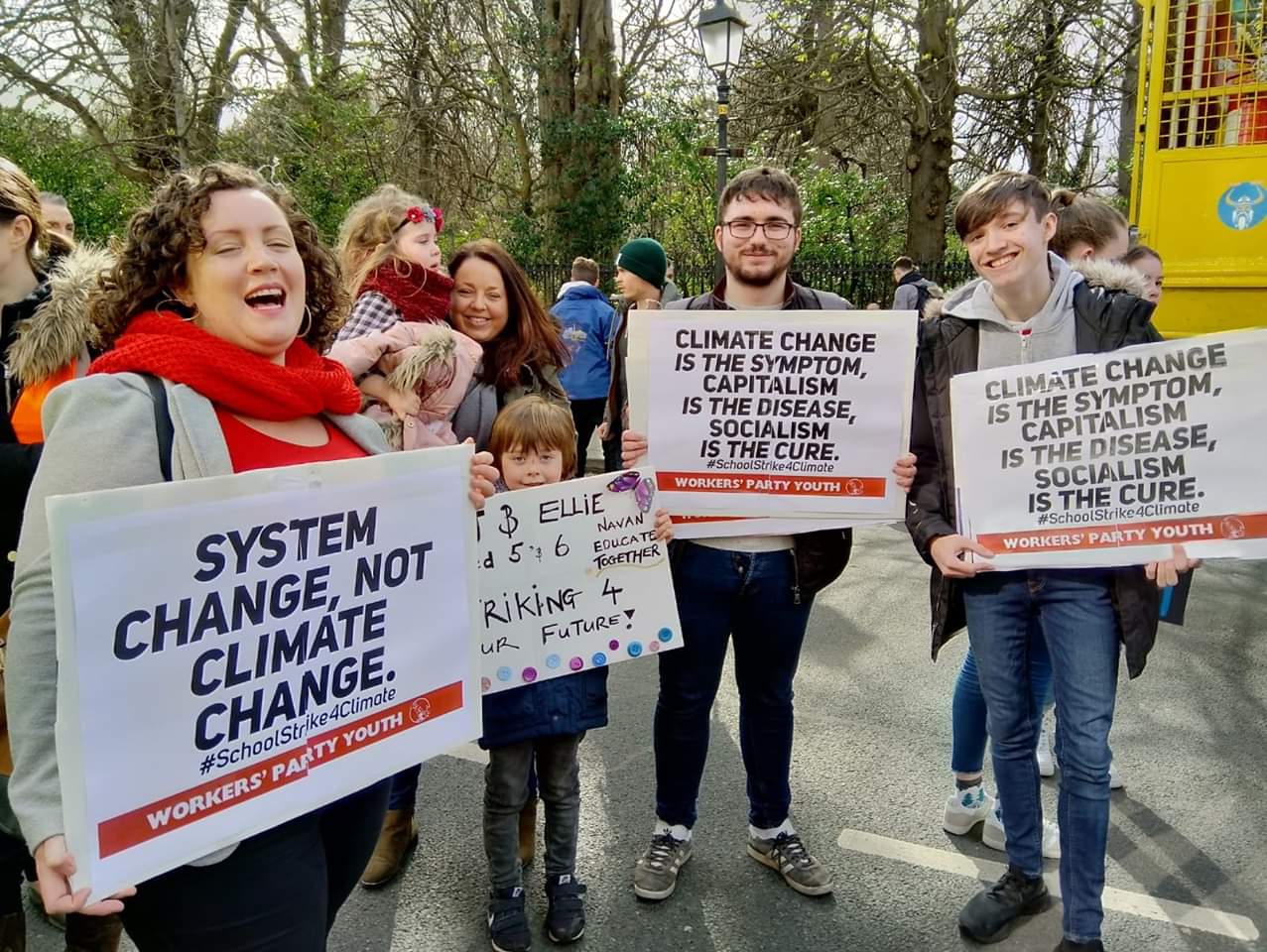 Climate change has become an increasingly important issue in recent years, with young people taking a particular interest in the topic. This is no wonder, considering it will be younger generations who witness first hand the consequences of political negligence surrounding the subject. That is, of course, if no drastic action is taken sooner rather than later to prevent this. However, it is next to impossible for this to occur under the current dominant economic system; capitalism.

According to a 2017 study, as few as 100 companies were responsible for 71% of global emissions since 1988. This too should act as no surprise, given that the sole objective of such companies is to generate profit for the benefit of a very small group of individuals. Of these 100 companies, the vast majority are corporations. Under capitalism, it is a financial risk to take the safety of the environment into account when drawing up a business plan. If one capitalist hesitates to take advantage of non-renewable resources such as fossil fuels, the private market dictates that, in order to outdo their competition, another capitalist inevitability will. Anything else would prove illogical in terms of profitability. Globally, the richest 10% are responsible for 50% of lifestyle consumption emissions, while 50% of the poorest are responsible for as little as 10% of these emissions, according to Prof. Kevin Anderson, a climate scientist. It is plain to see that climate change is a direct result of the capitalist market and its inherent inability to work for the benefit of the majority of people in society; the working class. Instead, it continues to destroy the planet in the name of profit at the expense of workers and their communities.

The most obvious way in which climate change is to the detriment of workers is the damage that it will cause in the future. However, working class people will be feeling the consequences sooner rather than later if things stay the same. The likes of a carbon tax, championed by liberals as a solution of some sort, burden the working class with the cost of a capitalist-created problem. This is unacceptable. Regardless, a carbon tax would not be enough to save the planet. It would act only, like most liberal and social democratic “solutions”, as a bandage to the failing capitalist system.

Furthermore, attempts to pressure working class people into buying more expensive “eco-friendly alternative” products will not work either. Not only is this too insinuating that the burden of climate change, created by the capitalist class, ought to be placed on the working class, but it is ineffective. When you consider that 71% of emissions are caused by 100 companies, it is clear that ordinary people can’t do away with this crisis merely by recycling. It is systemic change which is needed, not individualistic life choices, which often only work to shame people who can’t afford to keep up with the latest trendy liberal fad of the month. The root of the problem lies in the producer, the capitalist, and that is where the problem needs to be tackled. Attempts to reform this system are not working and will lead to our downfall if not recognised as inefficient. A democratic economic system which works for the majority of society is needed to place the common good over what benefits an elite few, and that system is socialism.