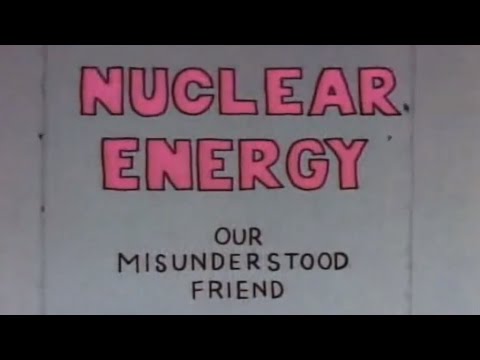 In the context of climate change and a growing scarcity of traditional energy sources, it is now more important than ever to look toward long-term solutions for energy. One of the most obvious but least discussed options in Ireland is nuclear power.

It is essential that we begin a debate on the future of nuclear power in Ireland. What is undeniable about nuclear power is the output/input ratio: “1 gram of Uranium is equivalent to approximately 3 tonnes of coal”.  No other power source can offer such outstanding results.

It is essential to consider the cost benefit analysis of nuclear power. Is the enormous output energy worth the side effects? Can the energy harnessed be effectively distributed across the country? What happens when things go wrong?

One of the great challenges this country faces is our isolation from mainland Europe. Ireland, more than any other European state, needs self-sufficiency in its energy production. With the exception of the Ukraine, Ireland receives the least amount of Russian gas in western Europe.

Ireland’s first and only instance of nuclear power generation (outside of research) was at the Rathlin O’Birne Lighthouse in County Donegal. It used a radioisotope thermoelectric generator, which utilises the heat produced by a radioactive material and a series of thermocouples to generate electricity. It was one of the first lighthouses powered by nuclear power and operated for 10 years from 1974 to 1984. The lighthouse was under the remit of the Nuclear Energy Board (NEB), whose purpose was to pursue the development of nuclear power stations in Ireland. NEB made plans to build a full nuclear power station in Wexford as a potential source for national energy.

However, NEB eventually became the Radiological Protection Institute of Ireland (RPII). In 1993, following years of shifting attitudes towards nuclear energy in Irish society, the projects were abandoned. This negative shift can be attributed to the 1979 Three Mile Island accident, the 1986 Chernobyl disaster, and activism regarding the discharge of the Sellafield reprocessing plant into the Irish Sea. Additionally, the ESB’s interest in nuclear power was reduced as energy demand slowed in the 1970s and 1980s.

Today’s demand for sustainable energy, however, calls for current methods of producing energy to be questioned. The most important reason for having a debate on nuclear energy is a general lack of knowledge regarding nuclear energy and the consequent unmerited hysteria surrounding nuclear power.

Despite popular depictions, nuclear waste looks nothing like it does on The Simpsons. There is no green ooze in iron barrels, there are no clouds of gas, and, perhaps regrettably, there is no sign of Homer, Lenny, or Karl.

Nuclear waste takes shape in the form of uranium fuel rods. When generating nuclear power, atoms in the fuel rods are split by fired neutrons. Every time an atom is split, more neutrons are fired, which, in turn, creates a massive chain reaction. This particle reaction generates mass levels of energy and heat. When submerged in water the rapid boiling evaporates; the resulting steam powers and turns massive fans. Control rods, often made from silver, absorb the radioactive excess generated from the reaction, in order to prevent an exponential reaction, i.e. an explosion.

When the fuel rods are expended they are placed in water for approximately 5 years. After that, the fuel rods are moved into dry cask containers to sit for an unexciting century. As a result of these safety measures, no one has ever died from used fuel rod exposure.

Often people point to other forms of renewable energy, diverting attention away from nuclear energy. Of course, these alternatives are not without validity. Yet no other source of renewable energy is as efficient as the nuclear option.

There are some obvious problems to consider regarding renewable energies such as wind and solar. What does one do when the wind doesn’t blow or the sun doesn’t shine? This may sound ridiculous (and Trumpian) but this is in fact a real problem. There is no way to efficiently store the energy generated from those two sources. And without a suitable way of storing excess we are dependent on alternatives when the weather is poor. Today, this is one of the primary justifications for why the coal burning facility in Moneypoint provides most of Ireland’s energy. Furthermore, solar, wind, and hydroelectric sources of energy do not generate all that much energy in the first case. Overcoming dependency on coal burning facilities in Ireland will, therefore, require a new element, one capable of delivering a baseline of power that can work in tandem with the other renewables.

Secondly, and more importantly, even if we were to overcome the aforementioned issue of energy storage and generation in other renewables, there are fundamental issues which cannot be overlooked.

The pollution caused by solar panels is perhaps one of the most undiscussed details when talking about renewable energy. According to a report by the Stuttgart Institute for Photovoltaics:  “…contrary to previous assumptions, pollutants such as lead or carcinogenic cadmium can be almost completely washed out of the fragments of solar modules over a period of several months, for example by rainwater.”

These harmful materials have resulted in scores of deaths a year already. According to an article in the New Scientist by Herbert Inhabler, unconventional energy sources such as solar result in more deaths a year than nuclear energy. Proposals that solar panels should be installed on every roof in the country, especially a country as prone to rainfall as Ireland, is either ignorant, naïve, or negligent.

No other renewable energy engages seriously in the conversation about waste. One should raise an eyebrow when the materials in solar panels are poisonous but no one actually has a recommendation on how to dispose of them in the long run.

While it might be no surprise that nuclear power has caused fewer deaths than coal, oil, and gas, it may take one aback to hear that solar, hydro, and wind power have all caused more deaths in proportion to energy generated than nuclear power. It is only when the major disasters of Chernobyl and Fukushima are included in the statistics that nuclear power even begins to catch up to the deaths caused by wind power. Statistically, nuclear power is by far and away the safest energy source we can imagine.

Who benefits from the scaremongering around nuclear power as a renewable energy source? Is it not the case that when facing an environmental catastrophe, one ought to make use of all available sources of energy that do not contribute to the downfall of humanity? Would the dangers of nuclear energy not be greatly outweighed by the threat of extinction?

One would think so, but apparently not. It might, however, be posited that there are particular interests that do not wish to explore or develop nuclear energy. Being realistic, it has always been the coal and oil lobby who have stood to gain most from the lack of a serious competitor in the marketplace.

This is not a call to abandon all other sources of energy but rather to ask why any country who claims to be experiencing a “climate emergency” would not consider all possible options. Why is it that when nuclear power has caused the fewest deaths we are afraid of it?

Whatever the reason the time has come to move forward. Whatever course the world, and in particular Ireland, takes in addressing environmental crises, it is undisputed that political interests and corporate power are far more dangerous than nuclear power.

The EU: Against the rights of small nations