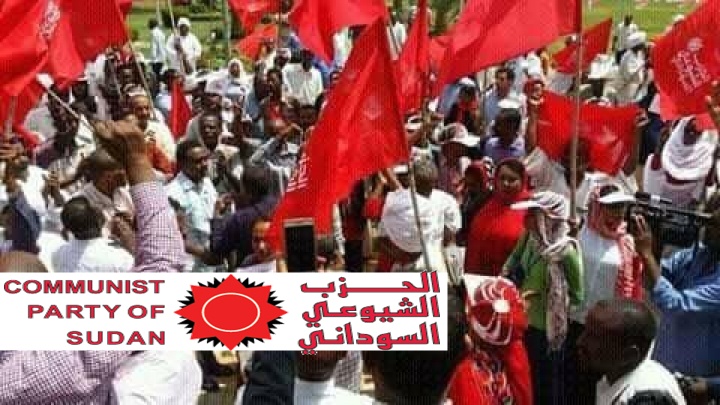 After months of protests, events are unfolding fast in Sudan, with the removal of longtime leader, Omar Bashir from power. However, the changes appear mostly cosmetic as senior military figures have stepped in to prevent the dismantling of the entire Islamist regime by the mass protests.

Below is a recent statement from the Sudanese Communist Party and followed by the core demands of the revolutionary forces.

Omar Bashir is gone, but the regime stays. What happened during the 11th of April was a palace coup, a carbon copy of the coup staged by the coup in Egypt to abort their Jan. 2011 revolution.

The temporary set back of the military coup will be resisted with the increased unity and determination of the masses to roll back and defeat the present military transitional council.

Millions of Sudanese defy the military curfew and occupy the square in front of the army headquarters. The forces for freedom and change defy the military transitional council and demand immediate hand over of power to the representatives of the peoples.

Comrades Al Khateeb and Masoud are free, both have visited The Communist Party headquarters where they received standing ovation under the slogan “Freedom, Peace, Justice, and Revolution is the People’s Choice”.

Despite the success of the revolution in removing Al Bashir, who enjoyed the outside support of the Troika, EU, USA, Canada, and local reactionary governments like Qatar, Egypt, and Turkey, and the freeing of all political detainees, except some in DABAK prison.

The Sudan Communist Party and all the opposition forces are adamant that they will fight to continue the revolution until the establishment of a civil government that represents the masses and the implementation of the democratic alternative programme accepted by all the forces including the forces of national consensus, Sudan Call, The Professionals Association and the armed groups.

The people chant everywhere THE REVOLUTION CONTINUES TILL FINAL VICTORY.

The Revolutionary forces are demanding: