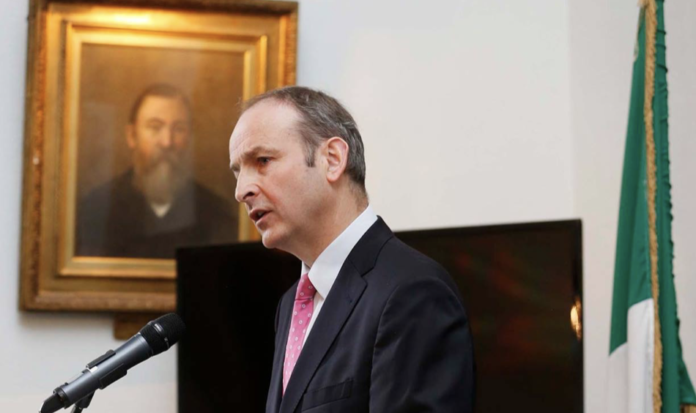 Fianna Fáil has been accused of promoting increased EU and NATO spending by the Peace and Neutrality Alliance (PANA).

Highlighting that Fianna Fail is fighting the 2019 EU Parliament elections as a member of the Alliance of Liberals and Democrats for Europe (ALDE), PANA pointed to the ALDE Election Manifesto, which states:

“We believe Member States and the EU as a whole must assume greater responsibility for its security and we support a common EU approach wherever possible to the strategic challenges Europe faces today, and to progressively introduce Qualified Majority Voting on such matters. We welcome greater European cooperation in defence spending and the agreement of PESCO, and encourage Member States to further increase defence cooperation in areas of mutual advantage, in greater cooperation with and to complement NATO which remains the backbone of military cooperation and guarantor of collective defence for Europe.”

This Election Manifesto effectively gives majority control to the more dominant European alliance of France and Germany who benefit most from an increase in EU/NATO military spending, according to PANA.

The Alliance also highlighted that on Thursday April 18th, the European Parliament agreed a proposal for a €13 billion military research and development fund into such controversial weapons, such as armed drones and killer robotic weapon systems. Not only will this European Defence Fund exacerbate a global race in such technologies, but this could also lead to an increase in arms exports to repressive regimes like Saudi Arabia and fuel increased conflict in this region.

According to Roger Cole, Chairperson of the Peace and Neutrality Alliance,

“Frank Aiken (1898-1983) was Ireland’s greatest Minister for Foreign Affairs and, as a member of Fianna Fail, he helped to cement a non-aligned Irish identity at the United Nations along with the Non-Proliferation Treaty (NPT) that sought to be a crucial part of the process of abolishing nuclear weapons.

“The fact that FF has now signed up to an EU Parliament Manifesto that is openly promoting greater EU collaboration with NATO, a nuclear armed military alliance, committed to the first use of nuclear weapons, is a total and absolute rejection of Irish Neutrality that was once a core value of the Fianna Fail Party.

” To do so when US President Donald Trump, a most dangerous and unreliable leader, who still dominates NATO, and could very easily start World War 3, is one of the most frightening decisions Mr. Martin and his party have ever made.”