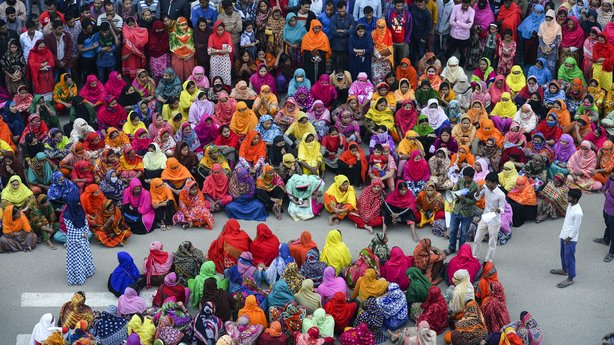 50,000 factory workers are reported to have taken part in strikes this week.

One worker was killed on Tuesday and 50 others were injured after police fired rubber bullets and tear gas at 5,000 protesting workers in the capital. Water cannons were also used to disperse 10,000 strikers blocking a major highway in Savar.

The Government announced a pay rise for mid-level factor workers on Sunday. However, not all unions have said they will sign up to the agreement.