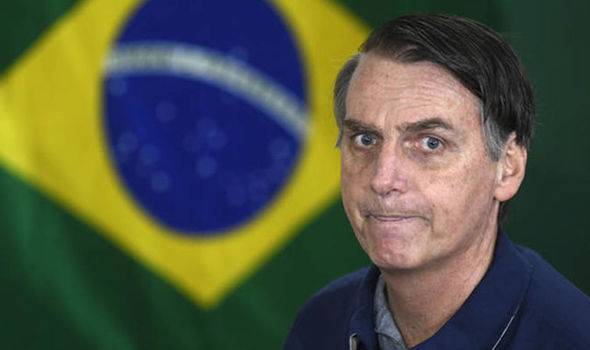 The election of the fascist Jair Bolsonaro as president of Brazil marks the beginning of an intense period of reaction. It also signals the definitive end to the social democratic experiment that began in 2002 with the election of the Partido dos Trabalhadores (PT) candidate Luiz Inácio Lula da Silva.

That long process of reform, which saw over 30 million people lifted out of grinding poverty, was disrupted by a ‘soft’ coup in 2016 which toppled Lula’s successor Dilma Rousseff and eventually saw Lula imprisoned on bogus charges of corruption, preventing him from running in the 2018 election. PT chose former education minister Fernando Haddad as Lula’s successor. His defeat ends all hope of a continuation of the progressive development of the country for the foreseeable future.

How did such a dramatic change occur in the space of only a few years? The global economic downturn in the wake of the 2008 financial crisis undoubtedly played a role in undermining support for PT. The Brazilian economy slowed down and entered a lengthy recession under Dilma. International capital and the national capitalist class had previously tolerated PT rule so long as profits continued to flow. PT’s unwillingness to engage in wholesale privatisations of public companies and services; their defence of workers’ rights and their support for fighting corruption eventually led to intense opposition from Brazil’s traditional rulers and US imperialism.

Ironically, given PT’s efforts to tackle the issue, corruption scandals proved to be the most effective weapon in the arsenal of those who orchestrated the 2016 coup. The dubious charges leading to Dilma’s impeachment were often conflated with revelations about corruption at Petrobras, the state-owned energy company. That all major parties have been caught up in this kickbacks scandal has been largely ignored by the mainstream media, which instead focuses the blame on PT.

Bolsonaro and others have cleverly exploited the economic crisis, corruption scandals and the ever-increasing rate of violent crime. The latter issue in particular has garnered support for the former army captain and his fascist Partido Social Liberal (PSL) among broader sections of society, without which he could never have challenged PT in a ‘free election’. Last year there were over sixty thousand murders in Brazil, a figure comparable to many warzones, and so it is understandable that there is genuine concern about public safety, even among the working class and poor who often bear the brunt of the violence.

Bolsonaro and PSL’s ‘solutions’, however, will only exacerbate the many crises facing Brazilian society. They had very little to say about the economy during the election campaign, but what they did promise was tax cuts, mass privatisations and an end to vital welfare programmes. Far from addressing endemic corruption, the privatisation of state-owned companies will only reduce accountability as any kind of public oversight will be removed. Many of PSL’s congressional and gubernatorial candidates in this election are serving or retired military and police officers. This fact is an indication of how the party and Bolsonaro will approach questions of public security.

Bolsonaro has often called for the police and army to adopt a ‘shoot to kill’ policy, not unlike the one used by British state forces in Northern Ireland during the recent conflict. Suspected banditos should be shot dead, according to this view. Police and military terror is already a massive problem in the poorest areas of Brazil’s major cities. However, with enhanced legal protection, many officers may feel emboldened to engage in extrajudicial killings on a far greater scale, as witnessed in the Philippines following the election of the reactionary Rodrigo Duterte.

Despite their obvious limitations, however, these policy positions have clearly worked as not only did Bolsonaro win with 55.7% of the national vote; PSL saw its congressional vote increase by 680%! They are now the second largest party in the lower house of the Brazilian congress. The harnessing of genuine economic and security concerns, coupled with hysterical anti-communism and deep-seated racism, have propelled Bolsonaro and PSL from the lunatic fringe to the centre of Brazilian politics. The fact that they now occupy this centreground, so to speak, has normalized their fascistic views to an alarming extent. The traditional party of the bourgeoisie and middle classes, Partido Social da Democracia Brasileira (PSDB), have been abandoned in these elections and only received a humiliating 4.9% in the first round of the presidential election.

Not all hope is lost, however. PT is far from being a spent force. Lula would undoubtedly have beaten Bolsonaro had he been able to contest the election and perhaps Haddad would have closed the gap with more time. Despite losing some seats, PT remains the largest party in the Federal Chamber of Deputies and secured several gubernatorial seats. Its core vote, concentrated in the Northeast of the country, remained largely intact.

Partido Comunista do Brasil (PCdoB), the larger of Brazil’s two communist parties, lost some federal seats but nevertheless returned nine deputies and retained the governorship of Maranhão state. Partido Socialismo e Liberdade (PSOL), a sort of umbrella party of various socialist tendencies, doubled its congressional presence and led an impressive presidential campaign despite the relatively low percentage of votes in the first round. While much smaller than PT, both PCdoB and PSOL remain mass parties who will be at the centre of any resistance to fascist attacks. Likewise the more militant Partido Comunista Brasileiro (PCB) will be at the forefront of the fight back.

Bolsonaro has floated the idea of using counter-terrorism legislation against the parties mentioned above and social movements such as the radical Movimento dos Trabalhadores Rurais Sem Terra (MST). These organizations have members and supporters in the millions and are in a position to make life difficult for the new regime. Union density remains high in Brazil and so strike action is likely to play a crucial role in resistance to Bolsonaro.

It should be deeply disturbing to any progressively-minded person to see a bonafide fascist democratically elected in such a strategically important country as Brazil. The eighth largest economy in the world is now in the hands of a man and a party with no experience in government. The hidden hand of the US State Department and intelligence agencies has no doubt been guiding many of the events in Brazil in recent years. That insidious influence is now out in the open with Trump’s promise that the US and Brazil will work closely on trade and military matters.

Socialists in Ireland must stand in solidarity with the workers’ parties and mass movements of Brazil and help the Brazilian community in this country resist the influence of the fascist menace. Ele nunca!