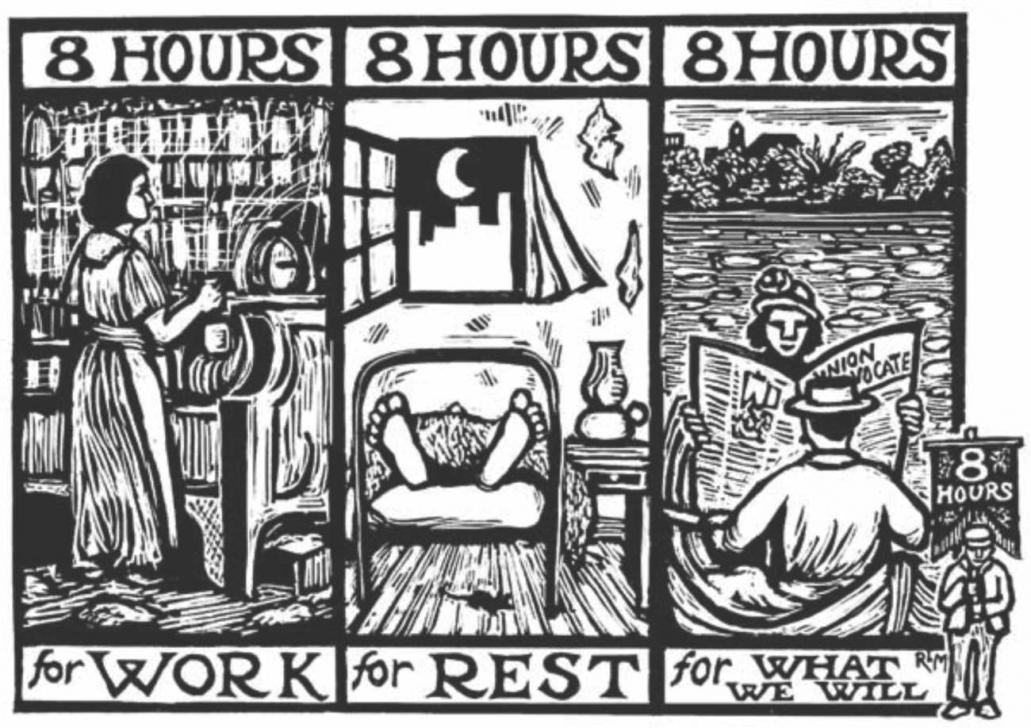 It turns out that much-maligned Roscommon is leading the way in the fight to change workers lives.

What’s the problem this week?

Work doesn’t pay the rent and leaves us stressed out.

OK, thanks for that current affairs update. And why is this news?

After a bit of a hiatus, working time is back on the agenda thanks to no less an institution than the ESRI. It’s after publishing a report which found that job stress doubled in Ireland between 2010 and 2015, one of the steepest increases in Europe. Alongside other issues like emotional demands, bullying, and being underpaid, the ESRI found that stress levels are increased by working long hours. For example, working 40+ hours a week leaves you twice as likely to experience job stress as working 36-40 hours.

Right, work is bad for us, but the job still needs to be done – products need to be made, phones called, emails emailed – doesn’t it?

That’s the whole point – there’s very little connection between hours worked and productivity. OECD data shows workers in Greece complete on average 2,017 hours per year, much more than the average German at 1,408 hours per year. Even when the self-employed and part-timers are taken out, Greeks still work almost 10% more hours than Germans. So much for the stereotypes.

Alright, say we don’t have to work all the hours in the day to have a productive economy. But what’s the alternative?

Glad you asked! The new public sector union Fórsa held a conference on the future of working time just last week. Speakers brought up a variety of ideas, such as the introduction of a four day week, re-thinking how we value different work, and increasing flexibility.

Wait, “flexibility”? Doesn’t that sound a bit more like IBEC than ICTU?

Well … yes. Back in 1930 J.M. Keynes predicted that by 2030 we’d all be working 15 hour weeks thanks to industrial and technological advances and we’d be left trying to figure out what to do with all that leisure time.

Unfortunately, the lack of workers’ power has meant things haven’t quite worked out like that.

We got flexibility but it benefits the employer. With precarious work and an always on culture we have no free time, just a constant gnawing fear. And it’s making us sick.

Unsurprisingly, it’s women who overwhelmingly get to “benefit” from flexible working patterns by going part-time or leaving work to make up for non-existent childcare and public transport services (and the pension gap in retirement thanks to unequal work patterns means that women never get to escape it all).

That got depressing. How do we do something about it?

Well, there’s already been some battles won. Spain’s largest trade union, Comisiones Obreras, took a case against two security companies, leading to the European Court of Justice ruling in 2015 that time spent travelling by workers without a fixed place of work counted as working time .

And in February this year Germany’s IG Metall won the right to a 28-hour working week for 900,000 workers in the metals and electrical industries in Baden-Württemberg.

And what, workers in Ireland are just sitting back?

One of the reasons Mandate workers in Dunnes Stores went on strike in 2015 was over secure hours and reviewing temporary contracts. Mandate kept working on its Secure Hours = Better Future charter and in May this year, a Select Oireachtas Committee hearing adopted the union’s key demands for the Employment (Misc. Provisions) Bill 2017.

Only a few weeks later Fórsa went on strike for the first time after Roscommon County Council effectively banned the family-friendly “flexi-leave”. The union made the point about gender equality and control over our own lives explicit when it called out the local authority: “No other local authority in Ireland has attacked working parents – and particularly working mothers – in this way. It is unprecedented within the public service, and it hits lower-paid women hardest as many of them depend on the flexi scheme to balance work and caring responsibilities.” After four strike days an agreement to reinstate flexi-time was reached.

Working time is back on the agenda.