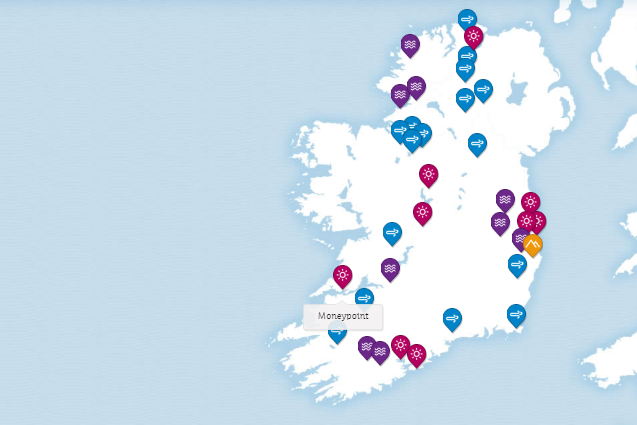 A meeting in Dublin last night heard about the real cost of Irish coal.

Just under 90% of the imported coal used at Moneypoint power station in Clare since 2011 has come from Colombia, according to ESB figures.

The vast majority of the imported Colombian coal comes from the Cerrejón mine in the north eastern La Guajira region.

Owned by Anglo American, BHP, and Glencore, Latin America’s largest open-pit coal mine has become famous for the forcible and violent eviction of indigenous and Afro-Colombian communities, many losing livestock and means of survival as well as their homes.

Ireland’s links to the mine were discussed at a public meeting in the Teachers’ Club last night organised by the Latin America Solidarity Centre (LASC).

Clodagh Daly, who recently completed a Masters dissertation at UCD on the links between human rights  abuses emerging from coal extraction in Colombia and the ESB’s use of Colombian oil at Moneypoint, spoke of the hypocrisy of Ireland and the EU holding high environmental standards within their borders while taking little or no responsibility for actions down the supply chain.

According to Daly, the ESB states that it “expects that all suppliers and contractors, including those who supply our coal, to conduct their business in a manner which is honest and ethical and to respect internationally recognised human rights. To this end the ESB is a member of Better Coal with a view to engaging with our coal suppliers to support corporate responsibility in our whole supply chain.”

However, Better Coal is not a regulatory body, it’s a “voluntary standards system”.

“The ESB received permission to continue burning coal without being aware whether or not their main suppliers were complying with standards the ESB deems acceptable,” said Daly, referring to the Environmental Protection Agency licencing the ESB in July to continue operations at Moneypoint despite Better Coal being unable to evaluate Cerrejón’s compliance (an assessment is ongoing).

Niall Sargent of GreenNews looked at Ireland’s future without coal and the impact that some of the alternatives being proposed for Moneypoint are already causing for communities across the globe.

Those present discussed different methods of putting pressure on the Irish Government to divest from Cerrejón.

As the campaign gets off the ground there will be further information available on LASC social media.