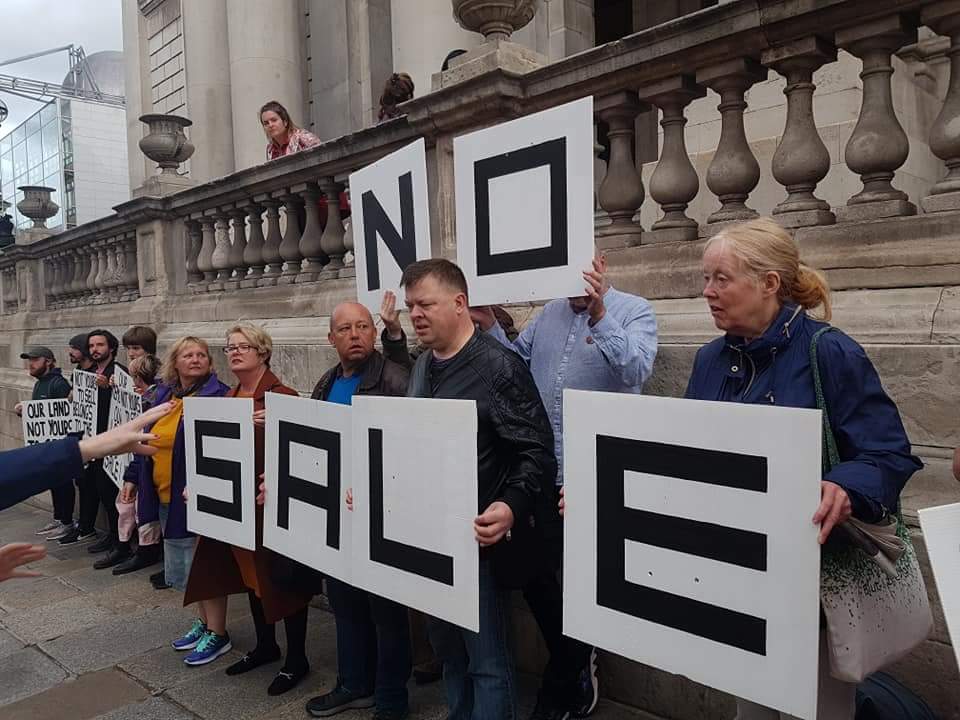 Yesterday evening, a demonstration was organised by Separate Church and State outside City Hall, urging Dublin City Council (DCC) not to sell the site of what was once one of the notorious Magdalene Laundries, as councillors voted on the matter that evening.

It was proposed that the site, the last of the Magdalene Laundry sites to be still in the possession of DCC, was to be sold off to a hotel chain. This was met with outrage from many of the survivors of the Magdalene Laundries and their supporters. Protestors took up the footpath as they protested against this decision.

Later on as the meeting was underway, a number of these Magdalene survivors and their supporters made their way into the public gallery of the council chamber, showing their support to a motion put forward by North Inner City Social Democrats Cllr. Gary Gannon. His motion proposed that the site not be sold off to the hotel chain, and that instead those who suffered abuse at the hands of the church in Magdalene Laundries be commemorated with a memorial.

After much discussion on the matter, Councillor Gannon’s motion gained the overwhelming support of city councillors, and ultimately passed with 37 voting in favour, 8 against and 2 abstaining. The survivors were visibly emotional as the results came in just as the meeting came to a close.

The PPProblem that won’t go away