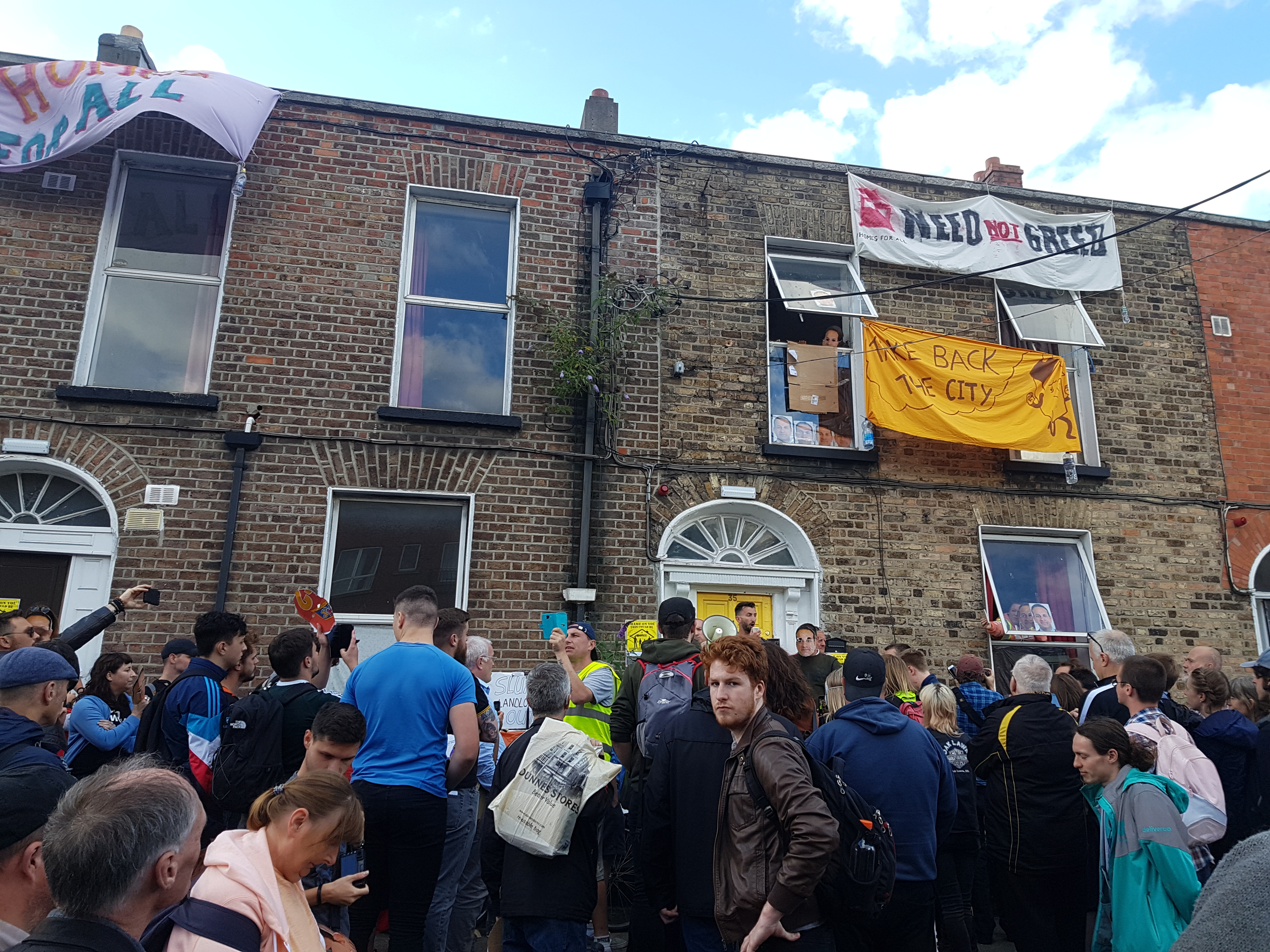 This evening, a crowd gathered outside 35 Summerhill Parade, a premise currently occupied by housing and community activists from a number of groups across Dublin, to show their support for direct action taken on Tuesday following a march from O’Connell Street to occupy the house.

The event, dubbed “Leo’s early risers” by the organisers, was described as a collective visual protest, as demonstrators stood wearing masks bearing the face of Leo Varadkar. The protest was very well attended, taking up a considerable part of Summerhill Parade. Speakers spoke about the housing crisis both in their local areas and on a national level, and made clear that it is an issue not only in Dublin but also far beyond. It was also acknowledged that the Fine Gael government are not going to solve the housing crisis, and that working class communities will have to organise collectively to do this ourselves. Additionally, a family fun day taking place on Summerhill Parade tomorrow was announced, with family festivities as well as more information on the occupation to be available.

The occupation of 35 Summerhill Parade comes following a mass eviction of tenants living in a number of houses on the road back in May, leaving over 120 people living in the five properties without a home. The houses have sat empty until the decision was taken by the housing activists to occupy one of them. A statement from the Summerhill Occupation Facebook page released on Tuesday demanded that the houses be compulsory purchased by Dublin City Council and be given to the local community, as well as stating that they wished to highlight the fact that such vacant properties can and should be put into public ownership.