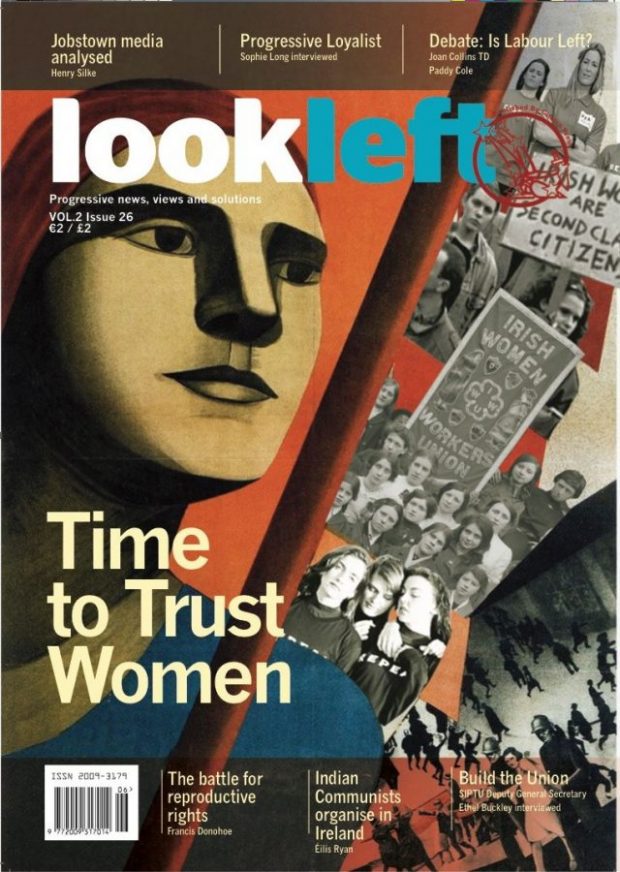 LookLeft 26 is in Eason’s stores and hundreds of selected newsagents across the country now. Still only €2.00, the highlights of this issue include:

The Battle for Ireland’s Soul – Francis Donohoe reports on the battle for reproductive rights in Ireland.

The Price of Loyalty – Sophie Long, former member of the PUP, discusses loyalism with Kylie Noble.

Organising Respect in Sport – Eoghan Gardiner details the growing demands for respect by women in sport.

Emerging from a Nightmare – Peace activist Jules Fitzsimons gives an on the ground account of life in war-ravaged Syria.