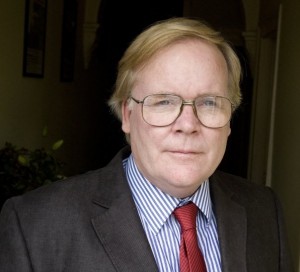 We must accept the reality of the Left’s position in Ireland and seek to change it, says Michael Taft.

“In this dungeon, in this darkness . . . my outstretched hands at length encountered some solid obstruction… I followed it up; stepping with all the careful distrust with which certain antique narratives had inspired me. This process, however, afforded me no means of ascertaining the dimensions of my dungeon”
Edgar Alan Poe, The Pit and the Pendulum

The attempt to re-assert economic orthodoxy in Ireland has to date been a largely successful one. Recent polls paint a similar picture – of the main conservative parties slowly, steadily recapturing their grip on electoral politics. In parallel there has been an increasing constriction of the options that are believed to be available to collectively resolve the problems that individuals face.

We need to take a step back and look at the changing landscape. Rising employment, falling unemployment, wage increases (though still sluggish) and rising incomes, falling (although still elevated) deprivation levels. Business activity is up, investment is rising and arrears are down. Even trust in the Government has returned to pre-recession levels, according to Eurobarometer.

In the meantime the Right have managed to re-brand themselves. The ‘centre’ is now the prime political retail space. A Sunday Business Post interview with self-described ‘liberalcentrist’ Finance Minister Paschal Donohoe was instructive, the head-line: ‘The radical moderate’. Do not under-estimate the appeal of such semantic baloney to people who want both change and stability after the rollercoaster years of recession, austerity, property crashes and bank-bailouts.

And the Left? It would be interesting to poll public perceptions of the Left’s economic policy. I suspect that, beyond taxing the rich, opposing water charges, redistributing income and spending more on public services, people would struggle. Not surprisingly – the Left lacks a common economic narrative even as it makes sensible fiscal demands.

This is all the more frustrating given the real evidence of people’s re-emerging progressive instincts, whether that is evidenced by support for public services rather than tax cuts, concerns over both economic and political inequality, frustrations over the conduct of banks and low-road employers. Just as the winds are starting to blow in our favour we remain fumbling in the dungeon.

How do we start addressing this? We need to pursue an ‘economics of recovery’ rooted in the world of production and work, a common sense economics that can directly connect to people’s own understanding of key issues. How did we ever let a leader of Fine Gael champion ‘the alarm clock-people’? You mean people who work? Workers? Working class?

The Nevin Economic Research Institute’s proposals for cost-rental housing, which mirrors the Workers’ Party own Solidarity Housing proposals, are a case in point. That people rent – and even purchase – homes at cost is both subversive (as it poses a non-profit, non-speculative housing model) and commonsensical. Most of all, this is a model for all people in work, not just the socially excluded. People are not ideologically tied to a profitmaximising model; they want an affordable one. For that you need to turn left.

Reducing social inequality starts in the workplace. The Left needs to address the issue of our failing indigenous sector, where over 40% of workers in the market economy are employed in the low-paid, low value-added sectors? This concentration is a real constraint on economy-wide wealth and income generation.

We must demand a focus on investment in productive sectors over the rentier sectors. We must demand the prioritisation of universal collective consumption to reduce living costs (such as free healthcare and education, low-fares public transport and broadband) over high-cost private consumption fuelled by tax cuts.

These and other struggles, can, crab-like, help lead people to an understanding, and eventually an economics, of class. But this must be grounded in pragmatic problem-solving and common-sense argumentation. In a recent survey – The Future of Ireland – people stated that free healthcare and education were key ingredients to happiness, alongside financial and social security. Getting rich and free markets were at the bottom of the list. Get the hint?

This new economics must be capable of building the widest possible alliances within and between social constituencies. People living in B&Bs, or suffering high rents, or waiting for years for a house, or forced to move a considerable distance from work to afford a home: each of these occupy distinct and sometimes distant social sites. The art is to build a practical and realisable programme that can collectively speak to these individual issues; the art of solidarity; a solidarity embedded in that most critical constituency – those who create the wealth in the economy.

Ultimately, the Left must look like they are capable of government and governing, comporting themselves as leaders rather than protesters. We must start our escape plans now. The dungeon is not our usual residence.

Michael Taft is a researcher in the trade union movement.