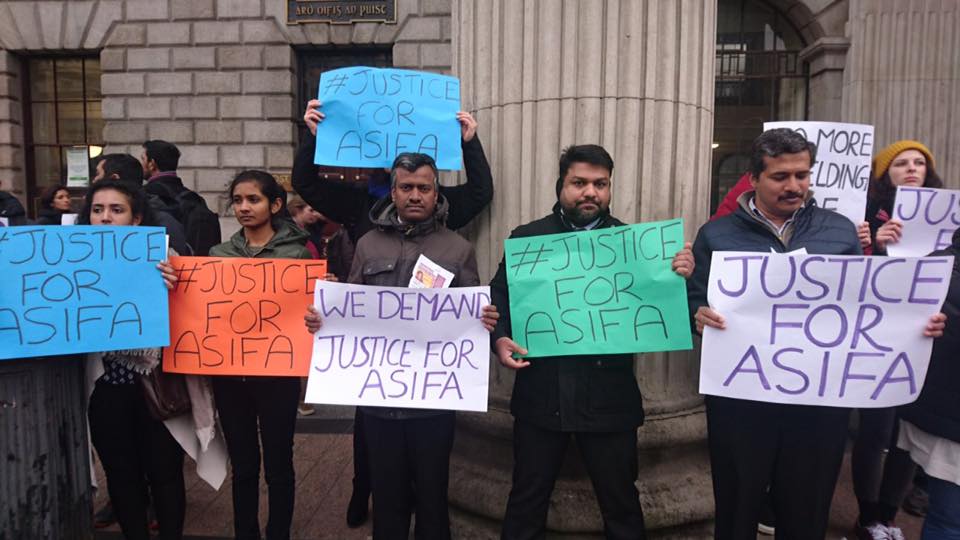 Socialists born in India now living in Ireland are organising with a focus on developing progressive politics in their adopted homeland, reports Éilis Ryan.

The 2016 census recorded over 20,000 Indian-born people living in the Republic of Ireland. This community mirrors all the diversity and division to be found in India itself, and those of a left persuasion have begun to see a merit in organising themselves.

India is a country of some 1.3 billion people, 22 official languages, and a total of 50 languages spoken by more than a million people each. Since independence in 1946, competing ideologies of Hindutva – the political wing of the Hindu nationalist movement – multicultural neoliberalism, and variants of socialism and communism have divided the country, and left their indelible mark on its development.

These divisions are mirrored through the election of radically differing state governments. In the well-developed Kerala region on the Indian south west coast and a scattering of other states, communists dominated for decades and continue to play a role in government. In recent decades, the Bharatiya Janata Party (BJP), an expressly supremacist Hindu nationalist party, has gradually increased the number of states it controls, but has yet to gain a foothold in traditionally ‘red’ states.

Varghese Joy is a 36 year old nurse who migrated to Ireland in the late 2000s. Joy was one of a number of Indians living in Ireland who are members and supporters of the Communist Party of India/Marxist (CPI/M). In May 2017 members of this group established Kranthi, a leftist “cultural and political organisation.”

Joy’s initial engagement with the Indian community in Ireland was limited to cultural activity amongst, primarily, Indians from Kerala who spoke his native tongue, Malayalam – there are some 8,000 Malayalam speakers in Ireland. But, says Joy, global circumstances began to demand more: “Currently, a majority of organisations among Indians in Ireland focus on cultural activities. There are some rightwing organisations among Indians reflecting the ideologies of major right parties in India. To counter the global resurgence of far right populism, I feel that it is important to be involved in the activities of Kranthi.

“It is essential in this context that we work to strengthen left politics amongst Indians in Ireland.”

The rules of the CPI/M prohibit overseas members, and the party instead encourages the Indian diaspora to engage themselves in local left and communist organising. Joy enthusiastically endorses this approach. “As a significant working class population in Ireland, I strongly feel that Indians can contribute to left politics and movements in Ireland”, he said.

Kranthi began its work on May Day 2017, with a meeting in Clonee in West Dublin. The gathering focussed on contributions from Kranthi members active in their workplaces for the Communication Workers’ Union and the INMO. There was a focus on Irish labour law and labour struggles and more particularly about the challenges faced by migrants. Another presentation was given about feminism across India and Ireland – a poignant topic at a meeting where the name of Savita Halappanavar was raised on more than one occasion.

Geevan Varghese has been living in Ireland for eleven years. His involvement in politics came from witnessing the positive impact that left politics had on social development in Kerala, where he grew up.

“Witnessing the positive results of left governments in Kerala gave me a vision to get involved in what is happening around me. This is the same regardless of where I live and where I am from. Naturally, here in Ireland, that hasn’t changed – in other words I couldn’t stay away from it.”

Geevan believes that a lack of widespread coverage of socialist politics in Ireland has meant that many Indian comrades have tended to ‘take a break’ from politics on reaching Ireland: “There is high influence of left ideologies among the diaspora from Kerala living in Ireland. But many of us, myself included, were not really aware of the workers’ movement and left alternatives here in Ireland.

“Mainstream media in Ireland doesn’t cover the workers’ movement as it deserves. This can lead to a sort of ‘political hibernation’ for many Indian people living here, who have a left outlook.”

This is where Kranthi comes in, he says: “So in order to politically motivate our diaspora, to encourage them to get involved in local political activities, a few likeminded people formed Kranthi. We believe this will open a platform for dialogues with other cultural organisations, political parties and workers movements in Ireland with our diaspora, and we believe this will promote them to become involved in local activism.”

On 10th September 2017, Kranthi held a public demonstration at the GPO to condemn the murder of journalist Gauri Lankesh. Lankesh was a staunch critic of Hindu fundamentalism and had received a litany of death threats from various Hindu extremists. There are many who believe the BJP, the governing party in India, are directly responsible for her murder. It’s unlikely that the Dublinbased “Overseas Friends of BJP Ireland” group would have found much common cause at the demonstration.

However, Kranthi activists remain mainly focused on engaging in their local communities in struggles for workers’ rights, housing and secularism. Geevan said: “After the recession, many people in Ireland lost faith in rightwing political parties. People have to be made aware that this recession is not a natural calamity but that it is ‘created’ by capitalism to centralise wealth and power.

“This task motivates us a lot, as it does all socialists. We are proud to be one part of this work, and are looking forward to standing along with the left alternative put forward by our allies in the years to come in Ireland.”