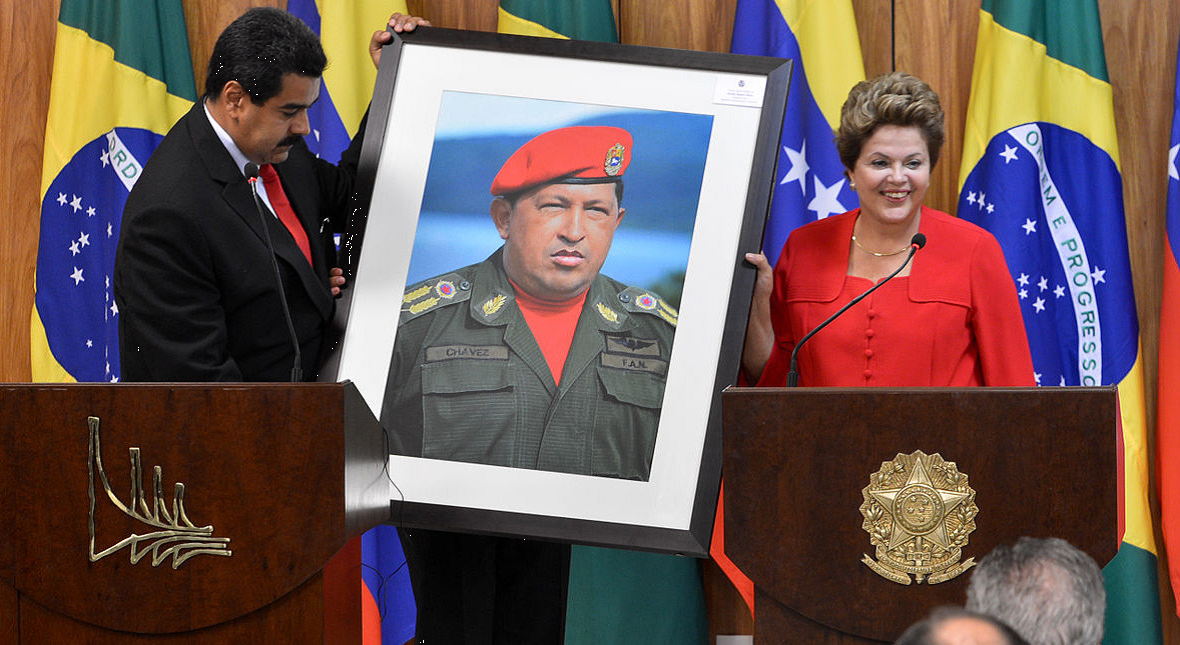 Dictatorship is the norm for Brazil. Nominal democratic rule has only lasted for intermittent periods since the republic was founded in 1890. The current crisis in the country has brought an end to over thirty years of direct elections with the installation of Michel Temer as president, following the impeachment of Dilma Rousseff. This coup (golpe in Portuguese) has so far relied on the ‘soft power’ of political manipulation rather than military force, as in the case of previous periods of reaction. It remains to be seen, however, what methods the golpistas will employ in order to hold on to power and push through so-called ‘reforms’ aimed at the destruction of the gains made by the working and poor people of Brazil since the late 1980s. These radical changes, however, have met with some resistance and even inspired a group of Brazilians living in ireland to launch the Brazilian Left Front (BLF) with the aim of informing people here about the ongoing crisis in Brazil.

The pretext for overthrowing the Rousseff presidency in 2016 was the allegation that she broke budgetary laws by lying about the state of public finances. A parallel, but nevertheless separate, corruption scandal centred on the state energy company Petrobras was cleverly conflated with the allegations against Dilma by large parts of the Brazilian and international media. This allowed the golpistas to harness legitimate popular anger at endemic corruption and direct it at Rousseff and fourteen years of Partido dos Trabalhadores (PT) rule. Those behind the coup were also able to tap into a legacy of virulent anti-communism among the more reactionary elements of the Brazilian bourgeoisie and middle class which cannot even tolerate the (sometimes neoliberal) social-democratic PT.

Corruption, however, is not the proper context for understanding the coup. The once-soaring economy in Brazil has ground to a halt. Inflation and unemployment have been steadily rising for several years now, and so a desire on the part of the bourgeoisie to reduce taxes, ‘red tape’ and cut back public expenditure to the bone, led to the anti-democratic orchestrations of political parties in the pocket of capital. PT government, even its popular social policies, could be permitted so long as profits continued to flow. The moment profitability was threatened, PT and democracy itself had to be jettisoned.

This is evident from the fact that post-coup president Michel Temer immediately set about attacking public expenditure on socially-beneficial programmes; weakening Brazil’s labour laws and auctioning off the country’s natural resources. Workers might have been severely weakened by the passing of reactionary legislation in recent months. According to the Brazilian Left Front, “the labour reform has changed 117 aspects of the labour laws. These measures will greatly affect the working class in many ways. From now on, agreements between the worker and the employer are above the law. As well, membership of trade unions is now optional, which weakens workers as a class. The outsourcing law is another change that will see working conditions deteriorate. The companies are now able to outsource any position, which leads to the creation of more outsourcing companies and lower wages.”

The racist elitism of the Brazilian political class is also evident from Temer’s appointment of an all-male, all-white cabinet of ministers. The golpistas’ chauvinism extends to women too: Temer used a speech on International Women’s Day to praise women for their knowledge of supermarket prices! The destruction of proper protections for workers will also disproportionately affect women. Changes to the pension system in Brazil are of major concern given the burden of additional unpaid domestic labour most women workers have to endure. While not quite as bad as Ireland, access to abortion remains highly restricted in Brazil.

The BLF claim that “the labour reform says that pregnant women are now able to work in unhealthy conditions if the company’s doctor agrees to it. Another threat to women is a set of bills which is to be voted on by the Lower House [of the Brazilian Congress]. These bills suggest the criminalization of abortion in any circumstance . It would also increase the penalties for women who have an abortion or who help someone else to have one or even ‘incite’ the practice by supporting a pro-choice view. The conservative bill proposes a pension payment to women that keep the pregnancy due to rape and penalizes stem cell research.” The overthrow of Brazil’s first woman president may prove to be symbolic of a general trend to roll back the rights of women. The BLF believe “Dilma Rousseff’s impeachment was misogynist in nature. Her supposed incompetence as a president was used by the media and her opponents as the main reason for removing her from office as the allegations of corruption were never proven.”

Another development in the ongoing crisis has been the fate of former president and leader of PT, Luiz Inácio “Lula” da Silva. Having failed to prevent the impeachment of his successor, Lula had hoped to run for a third presidential term in this year’s elections (provided they go ahead) and thereby reverse the anti-democratic measures of Temer et al. Despite the relatively modest, social-democratic measures Lula implemented while in office, it is clear that his possible reelection is a terrifying prospect for the Brazilian capitalist class. Embroiled in the Petrobras scandal, Lula has been found guilty of corruption and could face up to nine years in prison, should his attempts to appeal the ruling be unsuccessful. This would make it impossible for him to run for president under Brazilian law.

While Lula undoubtedly appears to be a victim here, the question nevertheless remains as to how much responsibility he and PT bear for the present crisis. The BLF argue that PT “played the game” of trying to balance themselves between the more radical demands of their base of support and the interests of Brazilian and international capital. For example “public positions were negotiated with traditional parties and business groups and an illustrative example of this was the nomination of Lula’s Minister of Agriculture, Roberto Rodrigues. An agribusiness man heading one of the most important government posts is symptomatic of a country that never had an agrarian reform in its history and which profits from a criminal system of large plantations that occupy irregular and indigenous lands.”

Despite this apparent ‘doubledealing’, PT nevertheless enjoys the continued support of the radical Movimento dos Trabalhadores Sem Terra (MST), a mass organisation of agricultural workers and landless rural poor, which has somewhere in the region of 1.5 million members. PT also has the support of the trade union movement and the large Partido Communista do Brasil (PCdoB). What the Brazilian capitalist class really fears more than a Lula or Rousseff-headed government is the party’s popular base, as even if PT do not deliver on their promises there is always the potential for deeper reforms under pressure from below. All of this points to the fundamental weakness inherent to social democracy: the illusion that the fundamental contradictions of society can be managed or even resolved while the capitalist class remains in control of the state and its institutions. Hopefully this is a lesson that PT and its supporters are learning and this pushes the party to seek more radical solutions to the problems thrown up by the present crisis.