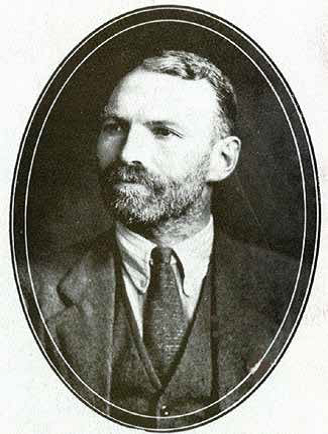 The Socialist Party of Ireland (SPI) of 1917-21 claimed to be ‘true Bolsheviks’ – the Russian Revolution’s ultimate manifestation in Ireland. The SPI played a key role in developing the foreign policy of the Irish Trades Union Congress (ITUC) and acted as an Irish ambassador to the international socialist movement. It became both the embryo of Irish communism and a key battleground over the questions of relations with Bolshevik Russia.

The SPI was founded in January 1917. With William O’Brien elected chairman. Peadar O’Donnell later wrote of O’Brien, ‘I did not like him, but I respected him. We regarded him as the Lenin of the Labour movement. The Petrograd Revolution had occurred: we admired it and looked to someone like O’Brien to lead the way.’ The party drew its leaders from the ITGWU. Other associates included Thomas Johnson, president of the ITUC and Cathal, O’Shannon, a self-described ‘Irish Bolshevik’, who was its most important figure after O’Brien. The SPI’s objective was ‘an industrial commonwealth based upon the common ownership of the land and instruments of production, distribution and exchange, with complete political and social equality between the sexes’. In 1920, it replaced this with a commitment to establishing a ‘workers’ republic’. Party propaganda was overtly Bolshevik in tone and it pledged to ‘take political action on independent lines for securing the control of all public bodies, and for the mastery of all public powers of the state’. However, the SPI was not independent of the Labour Party or the ITGWU; rather, it was a party within the Labour Party and acted as such.

In October 1918, the SPI celebrated the first anniversary of the Bolshevik revolution, even when the British banned the planned festivities. Other activities included running internal discussion groups and a ‘workers’ library’ that introduced O’Donnell, among others, to Marxism. It also started lectures in economics and industrial history and was instrumental in the creation of the James Connolly Labour College. An appeal for lecturers advised

that ‘working class outlook’ was an essential requirement, ‘for nless ye become as proletarians, ye cannot enter the workers’ republic’. The College offered lectures to workers on history, economics, literature, public speaking and the social sciences.

The party’s most celebrated achievements concerned asserting Ireland’s right to self-determination to their comrades on the world stage, with Johnson and O’Shannon’s participation in the international socialist conference in Berne, Switzerland in February 1919 marked the height of its self-confidence. The conference passed two resolutions on Ireland: endorsing its right to self-determination and calling for peace talks.

In August 1920, the ITUC ended its brief flirtation with communism and the Russian Revolution at its annual conference. During a debate on the ITUC’s refusal to affiliate to either the Comintern, a Moscow-backed international organisation comprised of communist parties, or the Socialist International, its social democratic equivalent, only O’Shannon defended the SPI from right-wing attacks. His strident declaration that ‘the Socialist Party of Ireland is a Communist Party’ failed to sway his colleagues and the Dublin Trades Council withdrew a motion seeking affiliation to the Comintern.

If O’Brien wanted an excuse to be rid of the troublesome proto-communists then the British provided it. In November 1920, the Auxiliaries raided the SPI’s headquarters, seized most of their processions, arrested their leaders and caused extensive damage

and financial liabilities. They also raided the Connolly College and seized its books. The SPI was irreparably damaged and rendered inactive. Moscow, however, had long since lost faith in the party.

In mid-1921, Roddy Connolly, son of James, attended the Comintern’s third conference in Moscow where he discussed the Irish situation with Lenin and obtained approval to form a party. That September, the Bolshevik wing captured the SPI executive and subsequently expelled several members, including O’Brien and O’Shannon, for ‘reformism, consecutive non-attendance… and consistent attempts to render futile all efforts at building a communist party in Ireland.’ The last of Moscow’s demands were met when the SPI committed itself to the dictatorship of the proletariat and was renamed the Communist Party of Ireland, which immediately sought affiliation to the Comintern.

The SPI is best understood as a true reflection of Irish Labour politics from 1917-20 rather than an importation of Bolshevism. If that politics eventually baulked at proletarian revolution, it was genuinely influenced by the Bolsheviks before 1921. Like the Labour movement, the SPI began with modest expectations, blossomed in the flush of domestic and international radicalism of 1919-1920 before retreating during the capitalist counterattack of 1920-21. The party’s schism into two mutually hostile camps of communists and social democrats reflected a divide that would exist on the left for decades thereafter.