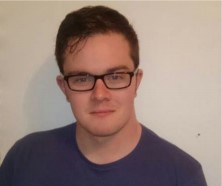 Paddy Wilson discusses the history of the civil rights struggle.

The summer of 2018 marks the 50th Anniversary of the beginning of the campaign of public protest by the Northern Ireland Civil Rights Association (NICRA). Many groups are attempting to stake a claim to this anniversary. The SDLP say they are the ‘Party of Civil Rights’. Sinn Féin regularly links the armed struggle to Civil Rights. One voice is absent in this discourse; that of NICRA itself.

In April 1979, NICRA published a pamphlet titled “We Shall Overcome…”. It places NICRA in the context of the time; and not just selecting parts of the struggle for Civil Rights that suit a particular agenda. The following is sourced from that pamphlet. The Civil Rights movement has two main sources. First there is the Wolfe Tone Societies. Formed for the commemorations around the bicentenary of Wolfe Tone’s birth in 1964, by 1966 they had transformed into a group “formed of the need to form a broad organisation to channel demands for democratic reform”. The other source is the Campaign for Social Justice, which was spearheaded by Northern Ireland Committee of the Irish Congress of Trade Unions (NICICTU) and the Northern Ireland Labour Party (NILP). What is notable here is the NICICTU and the NILP where overwhelmingly Protestant in their membership.

These strands came together at a meeting hosted by the Belfast Wolfe Tone Society in January 1967. Every party in Northern Ireland was represented. A letter to the meeting was received from James Chichester-Clark, the Chief Whip of the Official Unionists.

This meeting elected the first executive of NICRA. There were certainly republicans and communists elected, in particular Billy McMillen and Betty Sinclair. They were indeed the spearheads of the organisation. However, it would be wrong to ignore the membership of John Quinn of the Ulster Liberal Party or the co-option of Robin Cole of the Young Unionists.

NICRA was to be an anti-sectarian, broad based campaign

NICRA was to be an anti-sectarian, broad based campaign for basic Civil Rights in Northern Ireland. The same Civil Rights afforded to people in Britain. Hardly a radical communist and republican plot.

The pamphlet goes on to explain the political journey of some through the Civil Rights Movement. NICRA called a halt to marches at the end of 1968 to allow space for reforms promised by the Prime Minister of Northern Ireland, Terence O’Neill to develop and to avert the increasing chances of sectarian violence.

However, the student led People’s Democracy (PD) group continued to agitate. The leader of the PDs, Michael Farrell, was co-opted to the NICRA executive around the time of the ‘Long March’ from Belfast to Derry in an attempt to stop their escalations. They would later denounce NICRA as “not a socialist organisation”.

The formation of the SDLP also came through in the struggle for Civil Rights. It brought John Hume into contact with Ivan Cooper, Gerry Fitt and others. They began to advocate for a political party to continue the struggle that NICRA had begun.

NICRA’s pamphlet argues that the SDLP was simply a bloc of ‘anti-unionists’ which had used the broad base of the Civil Rights movement to pursue what was nothing more than a Nationalist agenda;

“Having helped create the political conditions which brought the downfall of the Nationalist Party, NICRA could only stand on the side-lines and watch as the SDLP phoenix arose from the ashes.”

A notable example of the rift between the SDLP and NICRA was Austin Currie’s actions as Minister for Housing in the Sunningdale Executive, proposing punitive legislation for the repayment of arrears from the Rent and Rates Strike led by NICRA in opposition to Internment in 1971.

NICRA themselves were steadfastly opposed to the spiral into sectarian conflict. The pamphlet notes how the victory of disarming of the RUC in 1969 was effectively reversed by increasing Provisional violence in 1971. The Provisionals would later go on to form the ‘Northern Resistance Movement’ in 1971, alongside the Peoples Democracy, to challenge NICRA for the leadership of the Civil Rights Movement.

The struggle for Civil Rights in Northern Ireland is a complex story. It does not belong to any one party or group. It was not simply a republican or communist plot. It involved liberals, nationalists and unionists. Many used it as a platform to launch divergent political aspirations. In the 50 years since the beginning of the struggle for Civil Rights, it’s time to end party political revisionism and celebrate NICRA for what it achieved and learn from what it failed to do.

Paddy Wilson is a postgraduate student at Queens University Belfast.