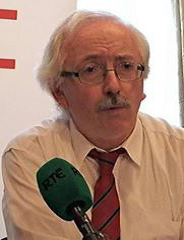 Padraig Mannion recalls the key battles for the student movement in the 1970s and now.

The 1970s was a time of major change in Irish education. It was the decade in which major reforms introduced by Minister for Education, Donagh O’Malley, worked their way through into third level. These included the introduction of free second level education in September 1967, the introduction of grants for Higher Education in 1968 and the opening of the first Regional Technical Colleges in 1970. These developments combined to change the face of third level education in the Republic of Ireland. Their impact most apparent in the massive expansion in the numbers attending third level institutions and among them the many more students from working class backgrounds.

During this period many members of Official Sinn Féin/The Republican Clubs, later Sinn Féin The Workers’ Party (SFWP), became deeply involved in the student movement in colleges and at national level. As a student activist in Galway University and later an elected officer of the Union of Students in Ireland (USI), I was among a committed group of young activists that worked to build the student movement in Ireland into one that began to be taken a bit more seriously both by third level institutions governing authorities and the Government.

The fight for student union recognition, and some semblance of democracy within third level colleges, was a central concern especially in the early and mid-1970s. By 1970 USI was already a decade old. It was an all-Ireland organisation with among its founding members the students’ unions of Queens University Belfast and University College Dublin. However, at this time most third level institutions refused to allow students’ unions to have any formal representative function within their governance. So where they existed students’ unions acted mainly as representative councils rather than unions. In many colleges there was no union and the college authorities (including in Carysfort College of Education in Dublin) fought viciously to prevent the formation of a working students’ union.

The change in the nature and function of students’ unions changed the nature of participation within them.

Right throughout the 1960s student councils and the debating societies were regarded as being on a par and had a large overlap of individuals in leadership positions. However, the change in the nature and function of students’ unions changed the nature of participation within them. The most radical and politically advanced individuals and groups within third level colleges were centrally involved in the fight for democratic structures and continued to be politically active within the student movement in the many other campaigns being waged.

A key issue throughout the 1970s was to widen the scope of the third level grants scheme and, in an era of high inflation, increase the value of the student maintenance grant. Practically every year the student movement mobilised to pressurise the government on this issue through actions such as marches and pickets. The student sections of both Fianna Fail and Fine Gael opposed this type of campaigning and made serious, but sporadic, attempts to jeopardise the grants campaign.

By the mid-1970s the government was attempting to move away from a grants scheme and onto a loans scheme as set out in the Tussing Report. It took several years for students’ unions to successfully defeat that agenda. Simultaneously USI was engaged in a battle over proposals to down-grade all nonuniversity third level education, with student accommodation another major issue.

In Northern Ireland many of the structural changes to educational provision and participation had already taken place decades earlier due to the reforms introduced by Labour Party administrations throughout the UK after World War II. However, in the early 1970s, as the struggle for civil rights was being elbowed off the political stage by paramilitary terrorism, there was a very fraught scenario facing the student movement in Northern Ireland.

Progressive individuals and forces prirotiesed the unity of the student movement and the battle to prevent it fragmenting into sectarian camps. Therefore, USI and the National Union of Students in the UK signed a breakthrough protocol which enshrined dual membership of the two organisations for students in Northern Ireland. Linked to this was a unified campaign for Peace, Jobs, Progress which was supported by both the USI and the NUS. This campaign had widespread support but was opposed by some factions who wanted to push USI into the nationalist sectarian camp.

Now there is again a need for serious engagement in student politics, with many of the same battles needing to be fought once more and the challenge of overcoming the bias against working class participation at third level still the defining struggle.

Padraig Mannion is an archivist for the Irish Labour History Society.