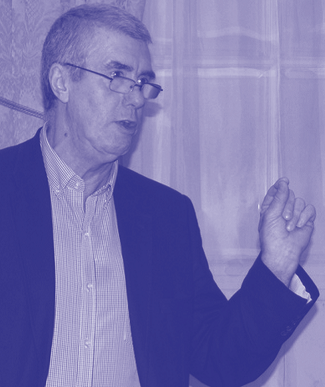 As the compromise of the welfare state is being eroded by capitalists, workers are again seeking radical change, writes Michael Donnelly.

We are in an era when the forces of big business and financial capital seek to persuade us that the opportunities to access wealth and be successful are there in unparalleled abundance. That, if people are prepared both to recognise and ‘grasp these opportunities’ then, by dint of individual effort, success will follow.

The real world is a world filled with growing levels of poverty, both real and relative. One in which there are decreasing opportunities for long-term forms of employment for workers and where capitalists cynically use every device and strategy they can to increase their already enormous levels of wealth. In doing so, they have left in their wake the inevitable social debris of helplessness, social isolation and homelessness. This is the true reality of this ‘new world’ for too many people throughout our island.

The so-called middle ground of political opinion is rapidly shrinking

In truth, despite all of the so-called new technologies and radical new inventions, the almost daily revelations of enormous breakthroughs in developing new treatments for fatal medical conditions, we still have to confront the bitter but avoidable reality that thousands die annually for want of even the most basic of medical care. We are condemned to witness tens of thousands who are either homeless or, at best, in tenuous, unpredictable forms of sub-standard accommodation. Or asked to look on as hundreds of thousands are either unemployed or condemned to endure precarious forms of employment that leave them unable to plan ahead even for a few weeks.

In this world, virtually the entirety of all individual and collective existences has been stripped of any sense of moral fullness or meaning. It is one in which much of what previously may have provided, or gave some basic sense of meaning and fulfilment to our lives, has been both alienated from us and turned into mere commodities to be bought and sold like goods at a market stall. Our food needs, our shelter needs – even our illnesses and physical and mental well-being have become enslaved to the gods of private investment portfolios.

In Northern Ireland and the Republic, state agencies that once provided excellent and much needed social services and facilities have been handed over to private businesses. This has been particularly odious in the case of elderly citizens requiring long-term forms of institutional care. Today, instead of the state providing full and proper facilities for them they are instead and in effect handed over to so-called private nursing homes for ‘care’ in the latter years of their lives. To private businesses whose owners’ bottom line says thus; ‘profit uber alles!’ This, then, is the world that we are being forced to accept as both our present and our future.

This world cannot and should not be accepted. Such a world where people are relegated from forming and being its primary purpose, the essence of why it exists in the first place, is not only not a good society, it is an evil one. This is the capitalist world. It is one devoid of humanity and one where pure profit reigns supreme and the welfare, the greatest happiness of the many, trails far behind the greedy and conceited concerns of the wealthy elite.

This is the world that we must challenge. This is the world that must be changed and changed utterly. In seeking earnestly to do that, we must note too that the so-called middle ground of political opinion is rapidly shrinking. It is shrinking primarily because we are now well into a new era where capitalism is no longer prepared to sacrifice a single cent of its bloated profits in its historical struggle with workers and their needs, and where the class lines will become sharper, more stark and increasingly relevant.

Particularly so in the context of the former buffer zone provided by the so-called welfare state now being rapidly dismantled and in its place the ‘brave new world’ of self-dependency and market-norms ruling supreme. It means that the time has now come not merely to denounce it but to argue for a convincing alternative. It is now time to take the initiative and to offer workers and their families a new vision, a radical new vision. One that gives hope, encouragement and, above all else, a real and tangible sense of a winnable struggle to that great majority of our people.

Michael Donnelly is the President of the Workers’ Party.